Home Columns My Shot How Not to Be an Invasive Species 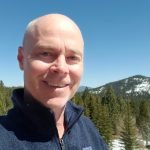 This has probably happened to most of us: You’ve sought out a secluded place outside, let’s say a beach or picnic spot, and you’re soaking in its beauty and serenity. The act is transformative. It takes you out of your routine and gives you a reset from the stresses of life. Then, a group of others comes along with blaring music and voices, maybe a solid buzz, half of them working an iPhone like diligent digital chipmunks, barely looking up.

“Man, this place is gorgeous!” one of them shouts, without looking up from a phone. After a few selfies in front of the vista, they plop down and begin doing exactly what they might have done in the place where they came from: being loud, focused on themselves, and inattentive to their trash. Instead of being transformed by this environment, they have transformed it. And, in your view, not for the better. You shake your head and wonder, why did these people even come here if all they wanted to do was act the way they do back home?

You have just encountered an invasive species. A biological entity that unwittingly transforms and upsets the balance in the environment it comes to, instead of harmonizing with it. Locals have long welcomed visitors to the area. We love to share the beauty of our environs, and visitors are an important lifeblood to the economy. But their attitudes don’t always jibe with local ways.

We roll our eyes at the demanding lady in the coffee shop, waaaay too worked up over her order. Or the man who becomes incensed when he finally gets pushback from a server he’s been treating poorly for an hour. We shake our heads at the tailgaters and the “bubble heads,” people so in their own world that they don’t seem to recognize the one they’re actually in. We’re puzzled when people treat fellow humans as if they’re nuisances, impediments to accomplishing whatever personal mission they’re currently on.

Life in the city can be like that, we reason. These aren’t rude people; they just have daily operational habits geared toward surviving city life that don’t mesh well with life in the mountains. It’s okay. They’ll be gone by Labor Day, anyway.

But what would happen if they didn’t go? What if they came in large numbers, all at once, and stayed? Would those city behaviors become the norm for the mountains? We’re about to find out, and that concern is understandably ruffling feathers among longtime residents who feel defensive of the mountain culture. This is a big deal for them because an important part of the local Tahoe ethic is stewardship. Many of us feel not just a humble respect for this place, but a responsibility for it. We get a little defensive when it comes under any sort of threat.

But let’s be clear, the vast majority of us are actually transplants ourselves, and being a “local” is relative. After 33 years of residence, I think of myself as a local, but my wife (who was born at Tahoe Forest Hospital) takes a different view of my status. And surely there are Washoe people who would offer her a side-eye if she boasted of her “local-ness.” So, no one should get to claim the mantle of local superiority.

There’s a big difference between stewardship and ownership.

Still, there’s something to be said for maintaining a cultural identity, and it’s fair to invite new residents to join it instead of unwittingly transforming it. I’ve very unscientifically interviewed dozens of locals for this piece and, distilled down, here’s what they want new residents to know: Please don’t act in ways you’re used to, while telling others how you think they should behave. The word that kept coming up to describe this phenomenon is “entitled.” Please be humble, and allow your own sense of stewardship to develop before you start thinking you know everything.

And they’ve got a point. You wouldn’t move to Italy and then yell at everyone for smoking in public. It’s their way. And if your American habits were irritating the locals, you’d probably want an Italian confidante to gently break the news and offer an alternative choice of behavior.

Or perhaps you’re the type who wouldn’t care, in which case maybe you should go back to the Bay. Just kidding. Sort of.

This might be a good time to address the longtime locals about their behavior as well. Let’s remember that most of our new neighbors do not actually act this way, it’s only a visible minority who feel like an invasive species. If you’ve become super agitated by this subject lately, you need to chill. Ranting profanely online or screaming at someone in person for driving too closely is hardly being the change you wish to see in the world. I’ve spent the last 800 words talking about how cool we all are up here. Don’t make me look like a jerk.

Okay, so here I am writing an editorial telling others how they ought to behave. What a hypocrite, right? But hold on a sec. A fair percentage of recent arrivals presumably moved here precisely because this isn’t the city. And not just for the proximity to recreation, either. Rhythms are different here. Behaviors are different. I’d wager a good number of y’all are hoping to let Tahoe change you after years of conditioning in a more urban setting. But how? Locked inside during Covid is no way to make new friends and assimilate into new surroundings. As things begin to open up, though, now is the perfect time for reflection … perhaps shedding some old habits and embracing new ones that just might change you for the better. My advice? Start by cultivating your sense of stewardship, and give it a little time. It is awfully good here, after all.

So, with that, here’s a brief list from those locals who want to be that Italian confidante. I divided it, a little cheekily, into two categories:

How to Not Be an Invasive Species

How to Become a Sierra Wildflower

~ Billy Griffin is a longtime local and owner of New Moon Natural Foods with locations in Truckee and Tahoe City.

How Not to Be an Invasive Species
Business
6:00 pm

How Not to Be an Invasive Species
Music
6:00 pm

How Not to Be an Invasive Species
Music

How Not to Be an Invasive Species