Home Columns In the Past Horseless Gordy takes on Tevis 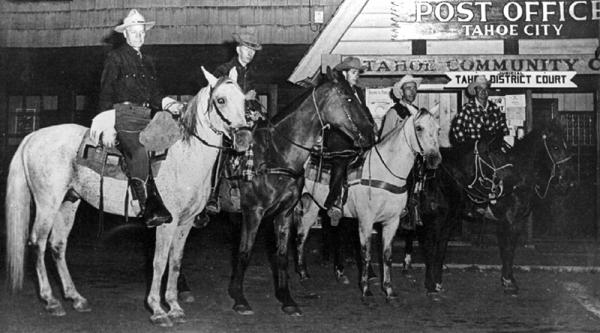 The early days of the Tevis Cup were an informal affair. A handful of riders gathered at the center of Tahoe City, saddled up, and rode 100 miles over some of the West’s most rugged terrain to Auburn. But soon after the equestrian endurance event’s start in 1955, it began to attract attention, and with the increase in competitors came rules to safeguard the health of the horses. Horses were checked by veterinarian teams regularly throughout the race, and any horse that was deemed unfit to ride was immediately pulled from the event.

In 1973, H. Gordy Ainsleigh, a logger turned chiropractor, was on his third attempt to finish the 100-mile race when his horse was pulled. Gordy came back the next year, horseless and decked out in running shoes, and ran the 100-mile course, finishing minutes before the 24-hour cut-off time. That was the beginning of the Western States Endurance Run. Since then, Gordy has completed the 100-mile Western States Race 22 times.

Horseless Gordy takes on Tevis
12:00 am