Home Columns Do Tell! Have You Been Without Power This Winter?

It’s full on 2022 and the Ink is marching swiftly into a brighter future, optimistic about our efforts to remain the region’s trusted independent local newspaper. This month, we want to tell a few tales of some not-so-bright times, and delve into the experiences of those who lost power during repeated December power outages. To do so, we debut the interviewing and photographic talents of Ted Coakley III, our new photographer, to hear from the community.  ~ BL

The #DoTell question of February is: Have you been without power this winter? If so, how long, and what came of it? 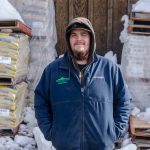 [At home] it was kind of sporadic … It flickered off for a couple of hours [a few times] but it wasn’t a big deal … but when the power went out in Truckee [at Ace], we couldn’t even keep generators in stock. We had a surge of people coming in to get generators and candles … The big boss had to go down to our warehouse in Rocklin to pick up generators in his personal truck.

Just before Christmas, we had a power outage for like a week. We don’t have many neighbors so I think it was low on the totem pole for restoring power. It was intense, too, because it was storming: There was wind; there was snow. We had a tree falling on our house … There wasn’t any damage but it took a long time to get up there to get it down! It’s humbling. 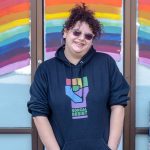 I was fortunate to have my three nephews with me [during the outages], ages 8, 7, and 3. [Without internet] we [got] together as a family to read books and tell stories. I’m the child of Mexican immigrants; my nephews are second generation. They see their grandpa in a different light, to see his struggle crossing the border … [We bonded] in a way that technology hasn’t allowed. 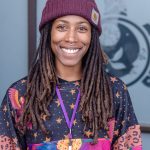 [The power] was out for three days and it’s a rental unit so I had no alternate heat source. So, it was basically just me and my dog snuggling together in the evenings, going to bed really early [without] a light source. I did have a friend down the street who had gas heat so I’d go there sometimes, but I was waking up in the morning to live in a refrigerator … it was about 40 degrees in my house. 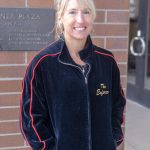 We were really lucky. We only had one power outage for a day and a half. Our heat’s electric so you go to [wood burning fireplace] fire duty and it’s 24 hours a day. The silver lining [is] you come together and help each other out. We had some people come over who needed to shower. It’s about finding resources when you can and joking about it when you need to!

Have You Been Without Power This Winter?
Wellness

Have You Been Without Power This Winter?
Education

Have You Been Without Power This Winter?

Have You Been Without Power This Winter?
Community