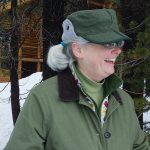 I enjoyed reading your editorial on the importance of the free press.

An issue the counties’ public health departments are facing is the frequent problem of official emergency response leadership simply being untrained and overwhelmed by this pandemic emergency.

Today, I watched a live Zoom panel discussion from the San Diego Air Museum with two surviving Apollo 13 astronauts and all four Apollo 13 flight directors from Mission Control, including Gene ”Failure Is Not An Option” Krantz, for a master class on how to deal with a fast-moving life-or-death emergency. They were all asked what lessons they learned in April 1970 are applicable to the COVID-19 crisis, given exactly 50 years ago today Apollo 13 splashed down safely.

First, Mission Control learned a brutal lesson in 1967 from the Apollo 1 fire about having to be much tougher and more competent. Harder training by flight crews and controllers for every possible emergency made them a well-oiled machine able to respond to the Apollo 13 emergency. They had around-the-clock, well-trained backroom teams connected to every equipment supplier and anyone else who could support them to get the Apollo 13 crew home safely. Everyone in Mission Control expected all others to do their very best work.

Second, Tom Paine, the top on-site management of NASA, when briefed on the Mission Control floor by a flight director for the first time after the oxygen tank explosion had just one question: ”What do you need?” No gotcha backbiting or any fears of second-guessing those of the well-oiled team who needed to get the job done to get the crew home safe.

Third, the great majority of the mission controllers were well under age 35. Every single one, no matter how young, was truly trusted to do their job to the best of their abilities.

Fourth, shortly after the Apollo oxygen tank explosion, while no one yet knew what had happened, Krantz famously said that everyone must stop “guessin’” so as to not make anything worse, instead to take the time to collect data, and then make the best recommendations.

As one astronaut said on the Zoom panel discussion I watched, when a pilot had an emergency in their day, the first step was often just to “wind your watch” as a way to force a pilot not to make a bad situation worse.

In 2003, I worked as an information officer in a joint information center for the Determined Promise bioterrorism pandemic field exercise for Department of Defense U.S. Northern Command, FEMA, Nevada governor’s office, and Clark County. The scenario was a high morbidity and mortality aerosolized pneumonic plague released on the Las Vegas Strip. I learned there it could take an entire working day to release one press release of basic daily information for an unoiled emergency response machine. Would you believe, no press release could be issued for that exercise with- out approval by about 10 lead military and civilian agency operations officers plus a newly approved quote from one particular federal cabinet secretary back in Washington D.C.? The exercise planners did not consider it mission critical to have timely information given to the free press even for the daily 5 p.m. news cycle during a simulated press conference.

In contrast, during Apollo missions, the Johnson Manned Spaceflight Center press pool could listen 24/7 to CAPCOM radio with just a few seconds of delay. To this day, on the main floor of mission control at Johnson is a public affairs officer whose duty is to be available to get information to the free press 24/7 as soon as possible, including answers to all their questions.

It took decades of California earthquakes and wildfires, 9/11, Katrina, and other major disasters to make our local sheriff, police, and fire departments who are responsible for most emergency responses know they need a much bigger team to be truly effective. They must be ready to work with everyone from utility companies to animal shelter volunteers, sheriff deputy search and rescue volunteers, ham radio people, and any other trained emergency responders. COVID-19 is showing us now that hospitals, county public health, and the free press must also be part of any pandemic’s well-oiled response.

The free press needs to learn how to be able to step up fast and serve as pool reporters or even better, as public affairs or information officers who can be embedded inside the operations rooms of the sheriffs, county public health, and hospitals to be able to get out timely and accurate information to the public.

Most sheriff departments and hospitals have one person at best who does any public affairs work on a daily basis. How can we get timely information from such overwhelmed emergency response leaders who often fear the “gotcha” culture because they often worry their own bosses will not support them to do their best work possible? We should emulate the top NASA leaders who supported every Apollo 13 astronaut and mission controller 50 years ago. 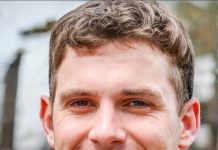 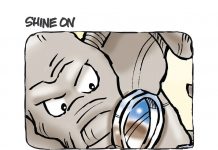 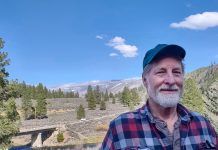