Fire. It’s what’s on our minds. Though we’re not surrounded by it every day, we are constantly reminded of its potential, and living in the Tahoe National Forest makes for the undeniable possibility that we, as a region, will one day face the flames of our new reality.

It’s very easy to let our guard down when we’re not seeing the effects of wildfire on a daily basis — or are we? The ramifications of wildfire are more far reaching than the obvious mass devastation like we saw in last year’s Paradise Fire. The images and stories that emerged were sobering. The people of Paradise lost nearly all their worldly possessions, some, even their lives. These folks also lost their roots, with many leaving the community they know and love only to never go back.

Complacency comes when we’re not breathing smoke or seeing on TV each day the mass devastation from fires. Did you know that there is a stretch of the Truckee River flowing into Reno that resembles chocolate milk whenever it rains? This is the result of a fire that burned along the Truckee River Corridor nearly two decades ago! (Click here.) Entire ecosystems are forever changed in the wake of fire. Wild animals are driven from their homes. Burn scars act like aqueducts aimed at the river, delivering ash-filled runoff right to waterways.

In an effort to keep the threat of wildfire from falling out of sight, out of mind, Moonshine is launching our On Fire series, delving into the issue of wildfire through a spectrum of lenses, including public education, breakdown of the science, graphic depictions, unique personalities, and more. Moonshiner Haley Deiro has created a stunning yet haunting visual of the potential effects a catastrophic wildfire could have on our area. (See centerfold.) This ambitious series, which aims to provide an understanding of the issues and tell the story in a compelling way not yet seen, kicks off this month focusing on the relationship between watershed and fire and how they affect one another.

There’s always that one day each summer when I wake up and look out my windows toward Castle Peak, Frog Lake Cliffs, and Euer Valley and see the wafting smoke from nearby — and sometimes not-so-nearby — wildfires hanging over Tahoe Donner like a dense fog over San Francisco Bay. The smell of smoke in the air makes it all the more eerie. The days when I’ve gone outside to find a fine coating of ashes are more than enough to jolt that wildfire state of mind that gets pushed to the back of my thoughts right to the front and center.

There is a LOT of work being done in the community and statewide to address this issue (one might argue that the below-average season could be a result of this — though that’s probably an assumption). The job of everyone who lives here is to stay vigilant, informed, and practice, practice keeping this front and center. Your very life may depend on it. 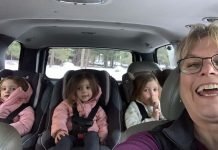 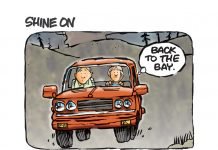 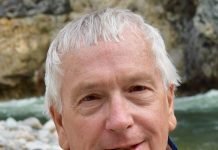