At the end of our Nordic ski season, we were frustrated by below average snowfall
and also fearful of what climate change means for our futures. So, we sent a petition
to Tom McClintock, our region’s representative in Congress. This summer,
McClintock’s office responded with a canned letter informing us that the science of
climate change is “suspect,” that climate change is a natural process (mentioning
grapes grown in northern Britain in the 13th century), and that any attempt to
address climate change will “devastate our economy and make America less
competitive with nations like China.”

Although we are only high school students, we are pretty sure he is wrong on all
accounts.

1. Yes, climate has always changed in the past, but the association between
temperature and CO2 concentration has been below 300 parts per million (ppm) for
millions of years (including when grapes were grown in northern Britain!). Human
activity has now raised CO2 to 400 ppm, already raising temperature by 1 degree C
and contributing to an increased cluster of record heat events.
2. The above is verifiable, settled science, not “suspect science.” Climate change is
agreed on by reputable scientists around the world. Who should we believe: a
politician looking for oil money, or scientists with doctorate degrees and decades of
peer review to back them up?
3. China is not shying away from regulations or investments that promote
aggressive pursuit of renewable energy. In fact, they blew us out of the water long
ago with solar panel production, and are now also actively testing the viability of
other renewables like wind. Nationally, China aims to produce 20 percent of its energy
from clean sources by 2040. Last year, nearly half of the world’s new renewable
energy investment came from China. Although China is also continuing to use coal
for their short term needs (at great environmental and health costs to their
citizens), they know they need to phase it out. A long-term vision to tackle climate
change will make us more competitive with China, not less.

In American history class we learned about the prosperity that followed World War
II after we re-tooled our industries overnight. That challenge required
courage, bold action, and citizens united around a common vision. Already, in
California, we have the strictest environmental laws in the United States, and yet we
also have the 6th strongest economy in the world! Corporations like Apple are not
afraid of regulation but are leading the way by taking all of their energy from
renewable sources. Tackling global climate change can work. We just need leaders
in Congress willing to make it happen.

We believe Tom McClintock wants to keep us divided and looking backward. We
hope our parents (and all citizens) will help us look out for our uncertain future,
consider the facts, reject fear-based lies, and vote for change this November.

“When the well is dry, we will know the worth of water.” – Benjamin Franklin

As summer temperatures increase and rain and snowmelt become less predictable, California needs to vastly improve its ability to deliver clean, reliable water to farms and families from its increasingly threatened forests and watersheds.

Proposition 3, the water bond on California’s November 6 ballot, is a critical measure to improve the reliability of the state’s water supply, provide safe drinking water for millions of residents, and protect and restore fish and wildlife. It will bring at least $100 million directly to Lake Tahoe, and $250 million to improve forest health, prevent fires, and combat climate change in the Sierra Nevada.

The Sierra Nevada and Tahoe regions will also be able to draw from more than $3.4 billion in statewide funding for flood control, storm water, and water quality programs. It’s a win for the health and resiliency of our forests, our watersheds, and our communities.

In Lake Tahoe, Proposition 3 will help improve the Lake’s famed clarity, reduce the threat of uncontrolled fires, expand the Basin’s network of hiking and biking trails and lakefront parks, and restore the Upper Truckee River, the most impaired watershed in the Tahoe Basin.

Its passage will also provide a boost to the efforts of the Tahoe Fund and other nonprofit groups to leverage their contributions with reliable public funding to get more work done.

We’ve seen how Sierra watersheds and local communities are hurt by megafires and a changing climate. Proposition 3 will help us recover and prepare for an increasingly uncertain future.

The Truckee Police Officers’ Association is endorsing and supporting the campaigns of Richard Ludke, Anna Klovstad and Carmen Carr for Truckee Town Council, 2018.

Our organization takes great pride in the people we recommend for our town government and
believe in leaders who represent the best interests of our community and demonstrate a commitment to public safety. It is because of the enormous amount of confidence we have in the ability of these candidates to be fair and impartial while making decisions for the citizens of Truckee, that we have decided to support them.

We believe each candidate understands the importance of continuing to promote the reasonable growth of business in the town, which is essential for a sustainable tax structure; while also
understanding the complex issues the housing crisis has created for our community’s working class, to include our public safety members. Each candidate is committed to finding solutions that keep those in the local labor force as residents, instead of making them into commuters.
In conjunction with affordable housing, our area’s stagnant wages and high cost of living has equally contributed to the diminishment of a “local” workforce. Each of these candidates understand the need to remain competitive in public sector pay and benefits to attract and retain
the highest qualified public safety employees in the region.

Proposition 3: Good for Truckee-Tahoe, Good for the State

Trout Creek restoration, Coldstream Canyon public access, fuel thinning near Kings Beach; what do these projects have in common? For one, they improve the health, accessibility, and resilience of the Tahoe-Truckee region’s incredible landscapes. Secondly, each project, along with many others, was primarily funded with state bond funds authorized by California voters.

On Nov. 6, we will have another opportunity to unleash $350 million for similar projects throughout the Sierra Nevada by voting YES on California’s Proposition 3. The last five years have revealed the new normal for the Sierra: devastating wildfires, prolonged drought, rain on snow storms, and record summer heat signal that the time is now to invest in our region’s ability to withstand these events. If we don’t empower ourselves now, we are sure to pay dearly later. Fire plays a huge role in our communities, and as Sacramento politicians slowly figure out the best methods for funding and managing our forests, Proposition 3 would provide a direct investment of $350 million for pre-fire mitigation and restoration of our watersheds, yielding benefits that include improved water supply and water quality along with safer communities against the threat of fire.

In addition to preparing our region for wildfire and an uncertain water future, Proposition 3 makes a down payment on modernizing California’s water system by creating a more robust conduit of funding for state priorities around water quality, wastewater, groundwater sustainability, flooding, habitat improvements, wildfire, fisheries, open space, and community sustainability.

This year, for the first time, our region is being taken seriously and is included in Prop. 3 not because we coughed up a bunch of money to be included, but because the region’s importance to the rest of the state – as California’s biggest reservoir and the place where 60% of the state’s water comes from – is finally being recognized. Sierra Business Council and others have been advocating for years for more state investment in the Sierra, and we have it in Proposition 3. Now it’s up to us to fight for it. If Sierra voters don’t show up in November, it will be significantly more difficult to make the case for Sierra investment in the future.

For the sake of our water, our communities, and our favorite natural landscapes, please vote #YesonProp3 on Nov. 6.

I have known Dan Wilkins for years, and support his candidacy to continue as a Director of the Tahoe City Public Utility District.

As a Civil Engineer, and Director of Public Works for the Town of Truckee, Dan is uniquely qualified to serve on the TCPUD Board. Every day he is immersed in projects which add to his lengthy career experience, and give him useful insight which is extremely valuable in the governance of our vital public utility.

His 12 years in office have well demonstrated his ability to make wise decisions regarding both the utility and recreation components of the services provided by the TCPUD.

Dan has done an exemplary job, let’s let him continue to represent us!

I’ve lived in Truckee for just over five years and in Incline Village for 12 years before that. I strongly endorse both John Jones and Jim Morrison for re-election to the Truckee Tahoe Airport District board of directors given their commitment to the broader Truckee and Lake Tahoe communities that goes far beyond the interests of the airport. They have tangibly shown their support for a number of charitable organizations that provide much-needed support to the people in need in the area. Their initiative to bring a control tower to the airport is not only improving safety but also helping in the noise abatement efforts. Please give them your support.

Vote for Mary Hetherington for the Airport Board

Mary Hetherington is the best candidate running for the Truckee Tahoe Airport Board. She
brings 12 years of prior board experience to this position, as well as extensive knowledge as a
civil/environmental engineer on how infrastructure works.

Most importantly though, Mary brings a collaborative, community spirit to everything that she
is involved with. As an engineer, she uses objective and logical reasoning to make the best
decisions. Mary works hard to balance the positive and the negative impacts of the airport. She is diligent
in her assessment of the fiscal and environmental implications of Airport District decisions. She
thoroughly analyzes and is fair with the use of our tax dollars on expenditures that benefit our
entire District.

Recently, I was the direct beneficiary of one of Mary’s decisions while she was on the board. I
was rear-ended by a car while riding my bicycle near Chambers Landing and I sustained severe, life-threatening injuries. Fortunately, I was able to be transported by air ambulance for treatment at a trauma center in Reno from our Emergency Helipad in Tahoe City.
Hopefully, no one else will need to use our Airport Districts’ Helipad, but I urge all of you to
support leaders like Mary Hetherington who had the foresight to fund the construction of it.

Jim is one of the most honorable community servants I have encountered. I strongly endorse Jim! 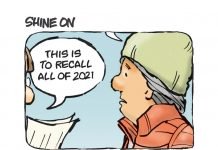 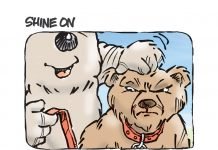