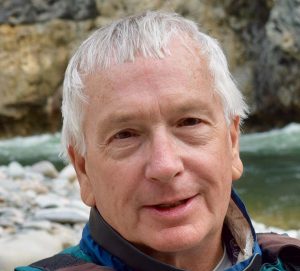 I am a Tahoe Donner homeowner whose family roots in this community date back to 1973 when I helped my father build a family cabin on Northwoods. I still ski pretty regularly at Tahoe Donner’s downhill facility, and became a perennial season pass holder shortly after purchasing a cabin in this community.

Tahoe Donner has a 700-foot vertical drop ski hill with beginner and intermediate terrain served by two chairlifts. We market the facility as “the best place to begin” and emphasize children’s lessons. Only about 30% of our homeowners regularly visit or ski at the Tahoe Donner facility, which is operated as a public amenity open to everyone, like our golf course and Nordic ski operation.

Most Tahoe Donner homeowners seem to agree that the existing day lodge at the ski hill should be replaced, modernized, and made ADA compliant. Most agree that it should continue to serve homeowners, their guests, and the general public. Plus, we’d all like more indoor space on holidays where larger crowds coincide with a decreasing number of stormy days.

Unfortunately, Tahoe Donner management and a board majority are promoting a project that would nearly double the size of the lodge even though the total cost is unknown. No alternatives have been modeled and the Tahoe Donner membership is riled up.

The fast-brewing controversy over the project is really about Tahoe Donner’s future: Will it remain a community for people who want to downshift daily life from urban noise and pollution, or will it become a resort with commercial interests becoming primary? Specific issues are how much to spend, how big a lodge to build, and whether the facility should accommodate space for staging summer events like weddings and banquets.

The project would be the largest and most expensive capital project in the 50-year history of the Tahoe Donner Association. It would drain our association’s development fund and require substantial increases in HOA dues for at least four years.

For decades, Tahoe Donner has been an affordable neighborhood for thousands of families who could not afford Martis Camp or other newer planned developments. Most of my neighbors do not want to accelerate the inevitable increases in assessments in order to pursue this project.

With the association not having a forum for broad community discussion, a group of homeowners recently surveyed 3,900 of Tahoe Donner’s 6,500 homeowners about the lodge proposal. Of the 1,200 homeowners who completed the survey, an overwhelming majority of 78% support the HOA holding a special election so that all of our homeowners have an opportunity to vote on how much should be spent for this project.

Another concern about the project is how long we can expect to have good skiing at the base altitude of Tahoe Donner. If you review the promotional materials, you won’t find any mention of the risks associated with climate change, changing demographics, and shifts in consumer attitudes. Instead, the supporting “pro forma” analysis assumes that on average all of the next 40 years will have the same number of skiers we had in 2019 (a very good year for lift ticket sales), and that with annual price increases the facility would be more profitable year after year.

For months, smoke has billowed from massive wildfires north and south of Truckee, particularly the Dixie, Tamarack, and Caldor fires. Our air quality has been unhealthy and hazardous. The intensity and rapid spread of these fires are indicators of climate change and ongoing drought conditions that are dramatically affecting this region. The destruction of Greenville in Plumas County also graphically illustrates how quickly a wildfire can overwhelm fire suppression efforts and destroy a town in a few hours.

This could happen to Truckee and Tahoe Donner with catastrophic and tragic results. However, the association’s staff and board of directors has paid little attention to the need to construct a third wildfire emergency escape route for Tahoe Donner residents. For many of us, this is a much greater and more urgent priority than depleting our capital project reserves for an oversized ski lodge facility used primarily by short-term renters and general public who patronize our small ski hill. Would you invest your own money with a promoter who makes these arguments? I would not.

Instead, the association should address other community needs that more prudently use our financial resources, serve more homeowners and their guests, plus reduce the financial burden on the membership. There is a long list of those needs but the community is consumed by the size and cost of a facility that will likely be looking for a new purpose halfway through its useful life.

~ Jeff Shellito is a Tahoe Donner homeowner whose roots date back to 1973 when his family built a cabin on Northwoods. Jeff was a policy and financial analyst for the California Legislature and Government Affairs Manager for California Trout, a  fisheries and water policy non-governmental organization. He is also an alpine and Nordic skier, plus an avid whitewater boater.

Building a Dirigible on the Eve of the Jet Age
Sports & Outdoors / Wellness
6:00 pm

Building a Dirigible on the Eve of the Jet Age
Music
6:00 pm

Building a Dirigible on the Eve of the Jet Age
Music