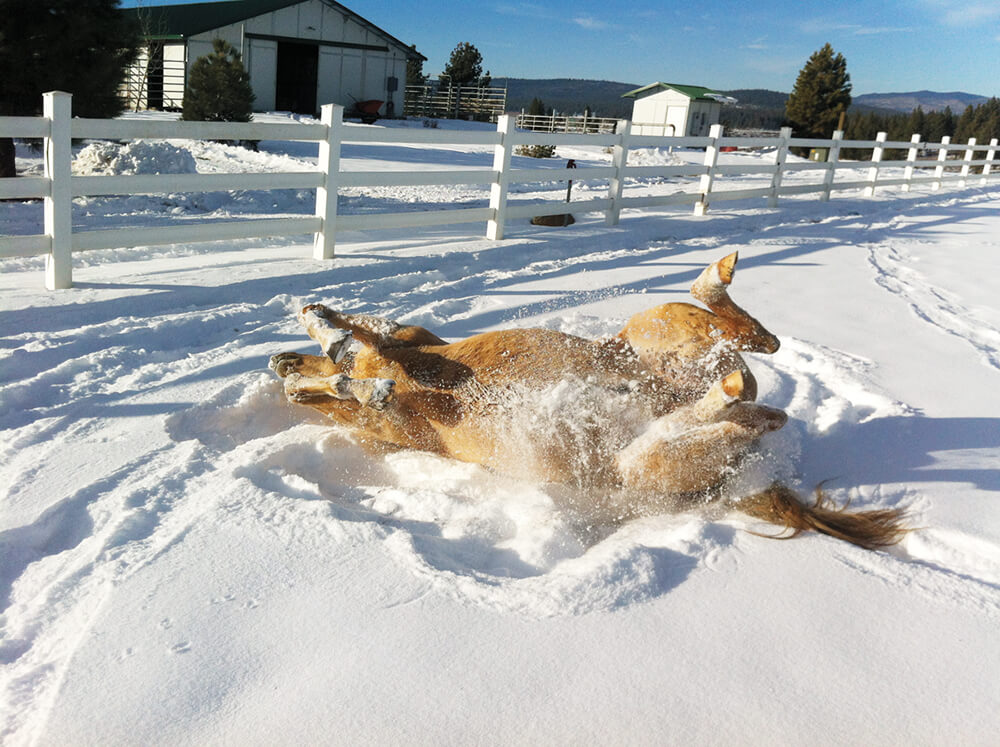 Every year it’s the same cycle: After an exhilarating but exhausting holiday rush, the new year gives rise to an undeniable surge of optimism that only the most hardcore of cynics can ignore.

Exemplifying this unwavering hope are the international snow carvers coming to Carve Tahoe Jan. 28 to 31 (see story on a Tahoe team member, here). These artists build incredible, ginormous sculptures that will then melt away. It’s a modern mandala, dedicated to the process and not the end result.

Maybe we should suspend these sculptures in the air and let them melt over our heads — we sure could use the precipitation.

This lack of snow is dampening the New Year optimism around here, but the dry spell shouldn’t be a surprise. It’s yet another one of life’s cycles.

Our current lack of snow, I learned recently, could be the result of a phenomenon called the Pacific Decadal Oscillation, or PDO, which is a long-lived El Niño-like pattern. Cool PDO periods are associated with droughts; the last one happened from 1947 to 1976. Dang.

Some argue that California is in the middle of a drought that started in 2000, likely as a result of PDO. Double dang.

Still, a little global weather pattern can’t squash our Tahonean optimism. People are washing their cars multiple times and wearing their pajamas inside out. A contractor friend said he is looking for outside work, which is sure to bring on the snow. Perhaps those Carve Tahoe artists could do a few jigs while sculpting, as the snow gods likely will heed the dance of those who are elbow-deep in the white stuff. We ache to buck the trend and get some snow, gosh darn it.

It’s the same with our New Year’s resolutions — we aim to not repeat the same mistakes, to stay with the workout program, to keep our hectic schedules in balance.

But there’s a lesson in all cycles: This too shall pass. The good, the bad, all of it. Resolutions will be made and they will be broken. We’re going to have wet weather years and dry ones.

The only thing we can change is our perspective. Rather than insisting on a different result, we can accept our reality and learn from past dry spells to prepare for the future. It would make life a living mandala — focusing on what’s in front of us is surely the best way to truly buck the snow gods.