Home Columns In the Past Before the Banzai 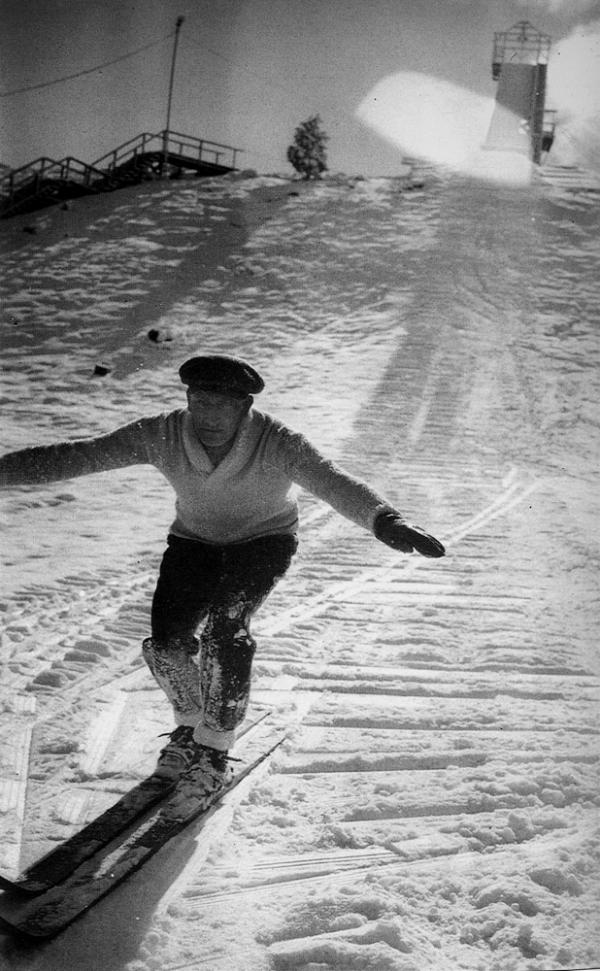 As the Rahlves’ Banzai Tour makes its way through a tour of four Tahoe ski resorts, it is becoming part of a long tradition of local ski competitions that date back to the days of wooden skis.

The inspiration of the Banzai tour was the old Sugar Bowl Silver Belt races that attracted top talent like Billy Kidd, Buddy Werner, and Friedl Pfeifer. But even before those days, Truckee’s Hilltop ski jump, built on a steep 140-foot wooden ramp, was attracting the most daring skiers in the nation.

Short-distance ski jumping began as early as 1895, and the Truckee Ski Club, the first of its kind on the West Coast, began ramping up the competitions by 1914. The popularity of ski jumping continued to increase, and the magnitude of Truckee winter carnivals that sprouted up around the sport also grew. Festival organizers added in oddball events like greased pig contests and crowd-pleasing events like dog sled racing, the successor of which is the dog pull at SnowFest, the 10-day North Lake Tahoe winter festival that began March 2. The Truckee dog sled races became so popular that in 1915 Jack London came to town to watch the contest.

By the ’30s and ’40s, Truckee was pulling in thousands of tourists to see ski jumping and attend the carnivals. But World War II slowed the stream of tourists, and by 1950 the ski jump was torn down.

~ David Bunker/Moonshine Ink, with information from ‘Images of America: Truckee’ and the Truckee Donner Historical Society

Before the Banzai
Sports & Outdoors / Wellness