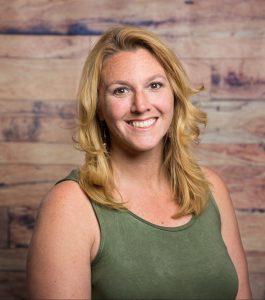 A reader wrote in recently, distressed that a Soul Kitchen piece included a recipe with — gasp! — the metric system. I was accused of “using this method as [my] personal soapbox” to propagate a secret agenda of being a metric system crusader, thereby “alienating my readers” and making myself “look foolish.” Dang, I’m good. I’m almost flattered that someone would think I am pushing some kind of secret social measurement movement.

I wish I had the time.

Instead of making snap judgments, this reader simply could have queried: May I ask why you chose to include a recipe with metric measurements? She would have gotten a straightforward reply. To answer the unasked question: I am not a professional chef or baker, nor do I claim to be. I am a journalist who loves to cook and has the honor of curating a section that shares recipes and nutritional information with our readers. The pro baker who supplied the recipe did not want to jeopardize its integrity by making conversions. That’s all there is to it.

A classic example of knee-jerk judgmental behavior happens around handicapped spaces. A person parking in the spot may look just fine, but, like judging a book by its cover, you can’t see what’s going on inside. In October, Moonshine shared the story of Jaclyn Woznicki, owner of Trunk Show in Tahoe City, who was diagnosed with multiple sclerosis a year ago (see Beacon of Hope). She’s legally disabled and has license plates noting so, yet she’s been heckled by people shouting that she doesn’t “look disabled.” At first, she found herself defensive, but eventually such ignorant comments were met with a wide smile and a big “thank you.”

Herein lies the problem with today’s society: Attack now, ask questions later. Rather than being asked a simple question, I was (hilariously) accused of metric grandstanding.

A few years back, I looked outside and spotted people on our property taking pictures of the area where my husband splits firewood and stores work equipment. He questioned them and was accused of using their property; the pictures were for evidence. In fact, they were on our property. Rather than asking why we were encroaching their property, they were ready to fight. My husband walked them along the perimeter of their lot, educating them about their own property lines. A potentially ugly encounter ultimately led to a friendly, neighborly relationship.

A 2018 Pew Research Center survey revealed 57% of Americans say they only know “some” of their neighbors; only 26% said they know “most” of them. How can we get to learn more about one another if we don’t even talk to each other? It’s time to break out of the (anti)social media bubbles we have created for ourselves. Get outside and talk to your neighbors — you might be surprised at what they have to say.

I’m not one for making New Year’s resolutions, but more for setting daily goals for the little things in life: pay compliments to people, have a conversation with the lady serving up your latte, ask how someone is doing and really mean it. So in this fresh start of 2020, I implore you to not make assumptions in life, not to make judgments. Instead, ask a question. Perhaps you will learn something new. After all, the only stupid question is the one that never gets asked.