Home Columns My Shot And Then They Shut the Forests 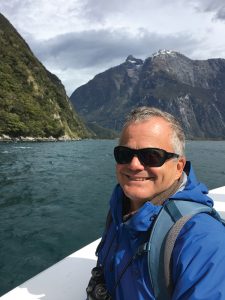 When we look back 20 years from now, what in the hell will we say about 2020? That it was like some dystopian novel? We had a pandemic, a stay-at-home order, demonstrations followed by riots, and there was more littering than ever seen before. There was overtourism worsened by COVID and a sad and discouraging increase in a me-me-me attitude, entitlement that made all that other stuff worse.

And now, some of the worst forest fires ever across the Western U.S. threaten us, leaving communities devastated and the “lucky ones” out of the wildfires’ direct paths choked in smoke. But, at least for me, the last two-by-four smack across the face from 2020 that brought me to tears … was the closing of the national forests.

My one respite from the madness the last six months has been the forest. Whether it was on a mountain bike or hiking trail, or nights spent on backpacking trips, the ability to get out into nature and find what she had to tell me was the antidote to the craziness of this year. To the fear of the pandemic. To news too overwhelming and frustrating to face. To the over-the-top political finger-pointing on Facebook by those who only listen to their own point of view. To all of it. I found peace in the woods.

A deep, inner, finally relaxed, holy-shit-is-it-good-to-escape-all-this-crap, peace in the woods. Where nature is king. Where the crystal-clear mountain lakes, and shiny grey granite still looked like they did last year.

My girlfriend Joyce and I  headed out on six backpacking trips this summer, partly to escape the world of 2020, and partly to escape the crowds at Tahoe (two sides of the same coin, anyway). Before Labor Day we headed for Desolation Wilderness … which was anything but desolate before the end of summer. We planned to camp in a remote part of the wilderness and day hike through the granite and past the little lakes at the edge of nothingness. We were ready. The day before we left, with fires raging throughout the state and smoke putting a pall on our plans, the U.S. Forest Service closed campgrounds and day use areas in the state, and the next day all forest service land was closed. You couldn’t even go for a hike in the woods. While the intent was surely to put up an invisible fence around the forest to keep people from going in and starting a fire, to me it felt like we had become prisoners behind bars, unable to escape the civilized world.

How did we get here? What combination of factors led to this unprecedented situation where the Forest Service felt that it was necessary to close all USFS land in California?

Seems simple: There were a ton of fires burning in the state and the supply of firefighters and equipment was so critically low that we couldn’t risk another major fire. And because the general population these days can’t seem to use enough common sense to keep from starting another fire, we had to keep people out of the woods. So how can we reduce the likelihood of future forest shutdowns? That’s more complicated. In my opinion, there are four main factors that have caused our current fire dilemma:

1. Climate change: The temperatures are getting warmer and the region is getting drier, which means that more fires are starting, and that fire season lasts several months longer than it used to.

2. Vastly inadequate tree thinning: Due to a variety of factors including opposition to logging and the loss of sawmills and logging infrastructure, there is much less timber cutting then there used to be.

3. Over-management of fires: For over 100 years, the public has understandably demanded we put out every fire as soon as possible. Combine this with funding primarily focused on putting out fires instead of removing trees and prescribed burning to reduce fire danger, and you get too many trees.

4. Lack of common sense and poor decision making by people in forest areas: Whether it is the now infamous gender reveal explosion in dry grass, or the countless illegal campfires that people left unattended this summer, some humans have either a severe lack of understanding of the danger of fire or just a cavalier attitude, like there’s someone else to take care of it. It’s an attitude perhaps best exhibited in a photo I saw recently of a woman in Southern California walking across the street, flipping off a fire truck. It used to be that when you heard sirens and honking you stayed back and let those who were attempting to deal with an emergency get there as quickly as possible. But now, at least for this woman, her desire to cross the street was more important than the dire needs of others.

So what to do about it? We must understand that the effects of climate change are here to stay, and therefore aggressively thin the forest and carry out prescribed burn operations, reducing the likelihood of more catastrophic fires. This may require public-private partnerships, a new understanding of the importance of a less dense forest, and a reallocation of some government funding from fire fighting to forest management. Public education on the danger of fire in the new, warmer world will also be key. How do we teach common sense? Manners? Concern for others? Land use etiquette? It starts with parents, but should include teachers, community members, and public agencies. We are all in this together, so let’s take a deep breath (if it’s a clear day) and get to work to create a fire defensible Sierra Nevada.

And Then They Shut the Forests
Sports & Outdoors / Wellness
10:00 am

And Then They Shut the Forests
Education