Home Columns My Shot Alterra, Are You Listening? 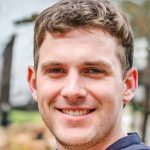 On March 3, the senior management team at Palisades Tahoe, an Alterra Mountain Co. resort, gathered with a large group of resort employees for a town hall meeting. The room was filled with employees across almost every department. They were eagerly awaiting communication from their employer that would  reflect a major effort by the corporation to offer creative, industry-leading changes to address major issues facing resort towns across the country — namely low wages, lack of housing, and prioritizing profit over employees. That did not happen.

The town hall crowd sat dazed and confused. Befuddled by corporate nonsense and dizzying circular talk, the corporate spokespeople offered no meaningful information, plan, or hope for the hundreds of struggling employees that represent the backbone of operations at the resort.

During the meeting, employees attempting to raise issues for discussion were cut off by time limits on their comments. Instead, the air was filled with rehearsed corporate talking points that were shrouded in vagueness and structured in a way that left the audience at a loss.

Both sides are well aware that the issues facing Palisades Tahoe employees are not new problems: housing, fair wages, basic benefits, paid sick time, the list goes on and is mirrored in other resort towns across the country, many of which are owned and operated by Alterra.

The problems of an unfair working environment go back to the corporatization of ski resorts. In 2008, Vail Resorts introduced the Epic Pass, followed by KSL, Intrawest, and eventually Alterra with their own multi-resort passes. Under the new business model, the industry has moved away from individually owned, family-operated resorts interwoven into the local communities where they operate. This model represents a behemoth corporate machine driven by acquisition of property, real estate development, and a focus on providing a premier customer experience for out-of-town passholders around the globe.

The implementation of this outsider-focused model represents a paradigm shift in the industry that has forever changed the face of the ski industry. The gap between the shareholders and the value of the human capital necessary to operate the resorts has grown to inequitable levels that can best be understood as the epitome of corporate greed fueled through a capitalist position in which employees carry the sum of operational burdens and the company makes record profits at the expense of the employees.

Alterra has capital to invest. In February, the company announced its plans to invest $344 million in capital improvements for the 2022/23 season, which put them at over $1 billion invested in transformational asset updates over the past five years. This reaffirms the company’s dedication to enhance the guest experience at its 15 North American destinations and almost doubles the original financial commitment of $555 million over five years, announced when the company was formed in 2018. What is missing from this announcement? Absolutely any investment in human capital.

Change in this realm is happening in the industry, but not at Alterra. In January, Vail Resorts announced that hourly employees would get an extra $2 an hour for any hours worked from Jan. 1 through the end of the ski season. Aspen Skiing Co. announced in February a $3/hour wage increase for every employee, effective immediately. The rate increase takes the hourly minimum wage to $20/hr, and marks a $12 million annual investment for the company. Salaried employees will see a $6,240 increase.

In March, under public pressure and in an effort to quell falling share prices, Vail Resorts announced a $20 minimum wage offer to employees across the board for all positions. This change represents a $175 million investment in its employees.

And what have we heard from Alterra? Crickets.

In a preseason employee meeting this winter, Alterra CEO Rusty Gregory said, “It’s an employee revolution, and Alterra has a responsibility to do the right thing.”

Well, Rusty, talk is cheap and action or inaction in this case speaks louder than words. We are waiting with bated breath for you and Alterra to “do the right thing.” Unfortunately, we’re tired of waiting. You have had the opportunity to make it right or minimally better, you have had the opportunity to be an industry leader and narrow the gap between your massive corporate profits and employee wages, and be perfectly positioned to lead by example in how Alterra values its human capital. However, you have done nothing.

~  Alfred Neuman holds degrees from Pepperdine University in economics and marketing. He moved to Truckee in 2008 for a love of the mountains and skiing, and since has grown to cherish this community and plays an active role in advocating for local residents. Alfred is a year-round, full-time employee for Palisades Tahoe and has been working in the resort industry for 15 years.

Alterra, Are You Listening?
Music
6:00 pm

Alterra, Are You Listening?
Music
6:00 pm

Alterra, Are You Listening?
Music