Home Columns My Shot A Free Market for Ideas

Editors’ Note: Moonshine Ink is part of a network of journalists called the International Society of Weekly Newspaper Editors, and our publisher reached out to members with this question:

Right now, there are lawsuits, hearings, and other attempts to hold big tech accountable happening across the globe. What’s your take on these efforts? What do they mean for newspapers? And for society in general?

While we prioritize My Shot submissions from the Tahoe/Truckee region, we wanted to share the thoughts from another media thinker in the professional ISWNE network. 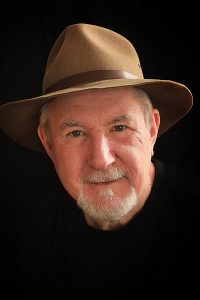 This is a complex issue that can’t — or shouldn’t — be addressed with pithy bumper-sticker philosophy, in my opinion. I speak as an American journalist and am not qualified to address the laws of other nations represented in the International Society of Weekly Newspaper Editors. In the U.S we have the First Amendment to the Constitution, which clearly states, “Congress shall make no law … abridging the freedom of speech, or of the press …”

The term Big Tech generally refers to the five biggest tech companies: Apple, Google, Amazon, Meta, and Microsoft. Each influences society in different ways, and discussing the negative and positive impacts of all of them, as well as efforts to hold them accountable for myriad problems, would require a book-length essay.

I will specifically address Meta, which owns Facebook, Instagram, and WhatsApp, because social media most closely resembles the newspaper business. They are all businesses whose main mission is dissemination of information, even if the information is, “Here’s a picture of the BLT I had for lunch today.”

I do not mean to be a champion for Meta, Facebook, or Mark Zuckerberg, whom I suspect has the ethical standards of a lizard, but I fear the current climate of “let’s regulate the hell out of social media” threatens free speech for everyone.

The Meta platforms have a wide-reaching influence over public opinion around the globe. However, that’s not a valid reason for imposing special restrictions on them as some have proposed. Nor is it a reason to grant them special protections under the law.

The owners of Facebook, Twitter, et al. should be just as responsible for the material they distribute as the owner of a 1,500-circulation weekly newspaper or The New York Times. The internet is merely a different means of spreading news and opinions — a new form of newspaper in which every user is also a reporter, photographer, and pundit, and there are no pesky editors.

The social media giants claim that with billions of users around the world, it would be impossible to vet everything posted on their sites. And yet, they somehow figured out a way to get someone’s credit card information when they ask for it, and that includes the purchaser’s name and address.

Eliminating anonymous posts would go a long way toward solving the problem of rampant hate speech on the web. It would not get rid of it completely, but if social media were subject to libel lawsuits because of posts on their platforms, at least they would know who to drag into court with them, just like a community newspaper editor.

So why doesn’t that happen? Because of Section 230 of the Communications Decency Act of 1996, which says: “No provider or user of an interactive computer service shall be treated as the publisher or speaker of any information provided by another information content provider.”

Section 230 was hailed as a free speech protection by absolving the owners of social media platforms from any responsibility for the information they disseminated. Section 230 was designed to keep the internet open and unregulated, but even Zuckerberg has called for modifications to the law. I believe that Section 230 allows greater freedom of speech, but there should be some recourse for people who have been unjustly harmed by violent, hateful, or libelous posts.

From the time I first heard about the Marketplace of Ideas theory of the First Amendment in journalism school, I have been an adherent. The theory holds that if all voices are allowed to be heard in an unregulated environment, the truth will win out — eventually.

Many people are wringing their hands and accusing Meta of manipulating the flow of information on its platforms, and those manipulations led to everything horrible in the world including the election of Donald Trump, the January 6 insurrection, and teenage girls developing negative self-images and committing suicide.

In many ways, Meta’s platforms can be compared to supermarket tabloids. They are full of sensational stories, lies, gossip, and misinformation. If Facebook is criticized for allowing similar information to be posted on its platform, shouldn’t newspapers be regulated after printing headlines such as “Hillary Clinton Adopts Alien Baby,” “Girl Gives Birth to a Frog,” and “Flu Proves Deadlier Than Covid”?

Furthermore, tabloid publishers did research, comparable to algorithms in the tech world, that showed people were more likely to buy their product if the newspapers were displayed in checkout lines at supermarkets. They did this to increase profits, which is one of the “crimes” Facebook is being accused of.

“Facebook understands that if they want to continue to grow, they have to find new users, they have to make sure that that the next generation is just as engaged in Instagram as the current one,” Frances Haugen, a former Facebook product manager and whistleblower, told the Senate Subcommittee on Consumer Protection, Product Safety and Data Security. “And the way they’ll do that is by making sure that children establish habits before they have good self-regulation.”

So, how the hell did we find out about all those evil things Zuckerberg allegedly is doing? Because the Free Market of Ideas is freer than it ever was, thanks to the internet. Tech giants may have a wide reach, but almost every newspaper I know of, including Moonshine Ink, has a website.

But newspapers aren’t the only outlets distributing quality journalism on the web. Displaced newspaper journalists became news bloggers and podcasters. Furthermore, we still have the broadcast media. Haugen was interviewed on CBS’s 60 Minutes before she testified before the Senate, and we have our cable “news” talking heads to discuss ad infinitum the latest breaking story.

If we don’t like the way social media platforms conduct their business, we are free to vote with our feet — or our thumbs on our cell phone keyboards, as the case may be. The only way to keep the Marketplace of Ideas free is to keep the government out of it.

~ After 40 years in the newspaper business, Jim Painter retired in 2016 as news editor at the Prescott Daily Courier in Arizona following a staff reduction. He spent most of his editing career as the managing editor of the West Valley View, which before the Great Recession was an 80,000-circulation twice-weekly covering five cities in the Phoenix metro area. Jim joined ISWNE in 1994, and is a past president.