Home Columns My Shot A Country Laid Low by Lies 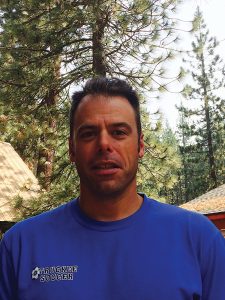 Editor’s Note: David Bunker is a former Moonshine editor and current friend of the Ink.

It materialized like a scene from war-torn East Timor or Benghazi, Libya — a horde of extremists overrunning the Capitol, enflamed by lies, determined to destroy the democratic will of the American people.

That image, and that day — Jan. 6, 2021 — will haunt us through history. In a democratic republic, our elections are perhaps our most fundamental and sacred institution. If the people’s choice of who represents them is not honored, the entire structure of a democratic republic falls away like a building with its foundation ripped out from under it.

The storming of our Capitol wasn’t one spontaneous and aberrant event; it was the culmination of our journey down a long road of falsehoods, conspiracy theories, and extreme ideology. It happened because a vast swathe of America has abandoned the truth, objectivity, and critical thinking in favor of the dangerous comfort of living in a fantasy world
of their own making, surrounded by fabrications that confirm their own pre-held beliefs.

This is not a right- or left-wing issue. This disinformation universe has swallowed crystal-loving yoga teachers, lifelong Republicans, and Libertarians alike. An echo chamber of increasing extremism has shattered our country, and now we stand trying to make sense of how we pick up the pieces, how we return to a world where the most basic tenets of human interaction and association — truth, trust, reality — can be rebuilt.

These wild, illogical fantasies rise as a way of making sense of situations that seem out of our control. According to researchers, they are more prevalent during crises — wars, economic recessions, natural disasters — and they almost always take aim at groups that differ from the conspiracy theorists’ own beliefs or identity. This is why Jews, Gypsies, the gay and lesbian community, and, depending on your political beliefs, Democrats, Republicans, or the Deep State, become the target.

Conspiracy theories reaffirm what you already believe or suspect, but they take it up a notch. Suddenly, Democrats aren’t just political opponents, they are fashioned into a secret cabal of pedophiles that control the government in the wild imagination of extremists. This fantastic and incoherent leap of faith happens incrementally, fomented by a sense of uncertainty, loss of control, and desire to explain the changing world in simple terms. Little lies lead to bigger and bigger lies. And times of crisis supercharge this descent into illogic.

Researchers reviewed over 104,000 letters to the editor at the New York Times and the Chicago Tribune between 1890 and 2010. What they found was the surprising durability of conspiracy theories. The theories themselves changed, but this 120-year period was overflowing with a steady stream of them, with two notable spikes — one at the height of the second industrial revolution and another at the peak of the Cold War.

Kernels of truth in a cornfield of lies

The truth is, of course, a tricky subject. And, perhaps, that is the point. Intellectual humility, curiosity, the tireless work of questioning and improving our understanding of the world around us is perhaps the greatest path to truth of all. These ideas are diametrically opposed to extremism, which relies on certitude and black-and-white, us-against-them fabrications. Many lies are built around some small fact. And the liars point back to the one small kernel of truth as they ask their followers to believe in the false world they are peddling.

Naturally, the media is central to this whole  discussion. And the splintering of the media universe into a Wild, Wild West where any wild conspiracy theory can be validated by unscrupulous or unreliable information sources is central to the radicalization of this country.

American citizens rightly critical of some aspects of the media have, very often, swung radically away from credible media sources, filling their minds with social media-fueled disinformation that reinforces their ideological beliefs. This flipped switch is like citizens fed up with the shortcomings of the healthcare system who have sworn off all credible doctors and instead opted to be attended by a witch doctor who has prescribed poison as a supposed cure for the ills of modern medicine.

Legitimate political dis-agreements have mutated into crackpot ideas regarding the COVID-19 pandemic, that masks don’t work, or the vaccine is a government plot to control us. And if you can bring yourself to those conclusions, maybe by next month you believe that Dr. Anthony Fauci and Bill Gates are in cahoots to bioengineer us. And then next year you storm the state house in bearskins and a horned helmet. It sounds comical, but this is, in reality, the path to radicalization. And an alarming number of Americans are either steps, or miles, down that path.

A question that has been haunting my mind is — why? Why does someone want to believe the world is flat, or that Obama engineered the 2008 banking crisis so he could be elected president, or that 9/11 was an inside job?

As I read research on the psychology of conspiracy theories, I learned that believers come to these beliefs seeking security, safety, and a simple, us-versus-them explanation for the events that surround them.

So it’s interesting to ask, do these theories work? Do conspiracy theorists achieve the sense of belonging and security that they came for?

Researchers believe the answer is no. In fact, conspiracy theories often cause the believers to wind themselves into a frenzy, spiraling into a self-destructive loop of increasingly poor decisions. “Empirical research suggests that conspiracy theories serve to erode social capital and may, if anything, frustrate people’s need to see themselves as valuable members of morally decent collectives,” according to the study.

You can see this play out in many modern examples. Americans who believe the election system is rigged give up their right to vote, erroneously believing that one of the most impactful political acts a citizen can take will have no effect because the system is corrupt. Anti-vaccination believers refuse to vaccinate their children, surrendering one of the most successful modern public health protections against disease. Climate deniers engage and promote activity that threatens to devastate the global environment over the long term, ruining the planet for themselves and their children because they don’t believe the science. QAnoners stage a coup in the name of liberty.

If we’ve learned anything from this horrifying chapter in our country’s history, perhaps it is this: The truth is both powerful and profoundly important to the present and future of our democracy. And lies will eat us alive.

Our political leaders who believe they can weaponize falsehoods to achieve some political end have overlooked one vital truth (or, perhaps, many vital truths). Lies eat away most voraciously at the people who believe, confirm, or condone them. Unfortunately, there will always be those on the fringe who embrace lies. But the rest of us — the logical mighty middle of this great democratic country— must rise up and fight for the truth.

Our country depends on it.

~ David Bunker is a Truckee resident. In a past life he served as a reporter and editor for Truckee and North Tahoe community newspapers.