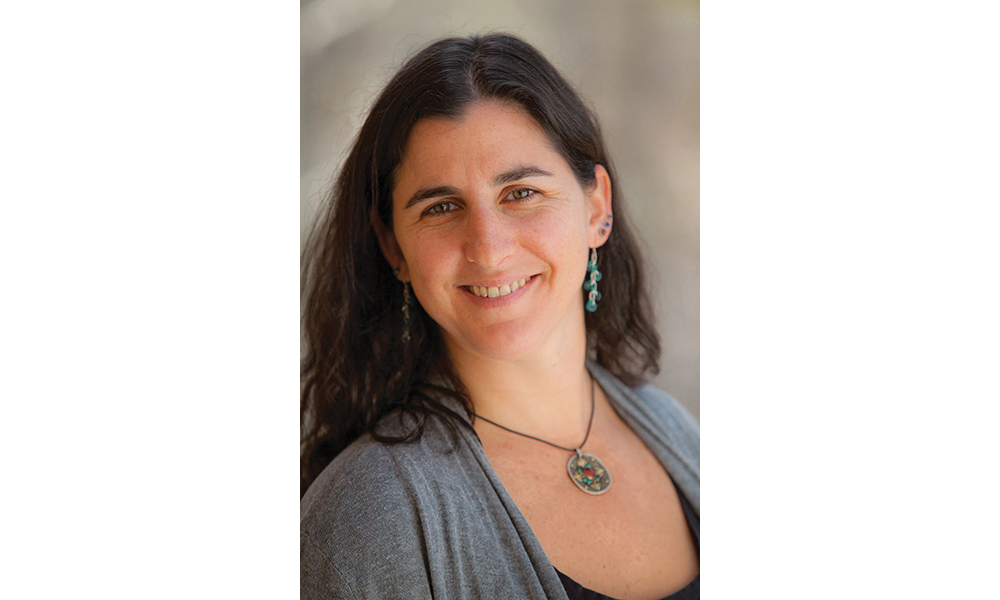 Editor’s Note: The author wrote a column in January 2017 about a controlled slide leading to her front door being one of the most famous in the country. In it, she advocates for Gazex technology being used in her neighborhood.

This past winter, Alpine Meadows residents experienced something we never had before — powerful blasts from the four Gazex exploders that were installed in East-West Gully to the northeast of Alpine Meadows (also known as the Five Lakes area) by Squaw Valley Alpine Meadows in 2017. These Gazex exploders, which also exist at both ski areas, are used for avalanche control along Alpine Meadows Road and work by remotely setting off a propane gas and oxygen explosion to create a concussive blast that triggers an avalanche.

I have lived in Alpine for 14 years, and like most residents, am very accustomed to the sound of hand charges, avalaunchers, and howitzers used by ski patrol both at the mountain and along Alpine Meadows Road to mitigate avalanches. My children are so used to these blasts that they can sleep right through them. However, nothing in over a decade of living with avalanche control prepared us for the power of the Gazex explosions. The sonic, concussive blast from the Gazex shook our house to the core, rattled the windows so hard we thought they might shatter, and made our daughters cry. The force from the blast was so strong I had neighbors who thought a tree had landed on their house; others thought a hand charge had hit their home.

This summer, four more Gazex exploders were installed along Alpine Meadows Road, two of which are directly above my house. All four of these new exploders are within yards of multiple homes. The Alpine Meadows community was not included in this decision-making process. In fact, there was no public noticing, no public meetings, zero public outreach. Placer County, which contracts with Alpine ski patrol for avalanche mitigation along the road, determined that these explosive devices only needed a simple building and grading permit, therefore bypassing the CEQA process, which most likely would have triggered an environmental impact report.

These four new Gazex exploders have yet to be tested, and the Alpine Meadows community is terrified. If the Gazex in East-West Gully affected the entire valley, what will be the impacts from the four that are even closer to homes? Worse yet, we learned from the French manufacturer Tas that no testing has been conducted on the impacts of Gazex in residential areas, nor has any testing been done on the effects of the blast’s powerful shock waves on homes, people, animals, and soil (a massive mudslide this spring at the Five Lakes trailhead left many residents wondering if the Gazex explosions destabilized the soil).

Alpine residents were so upset at the lack of inclusion in this process that we demanded a public meeting with Placer County and Squaw Alpine officials. After five months of discussions with the county, we finally got our meeting last month, and around 75 residents showed up. At the meeting, which was quite contentious at times, a father voiced his concerns about the blast’s impacts on his young children’s brain development, and a contractor worried that repeated Gazex explosions could gradually damage the structural integrity of his home, including shaking it off its foundation.

Alpine residents understand the benefits of Gazex, which make it safer for ski patrol since the explosions can be triggered remotely, moving patrollers out of harm’s way. But you cannot ensure the safety of one group by endangering that of another. We feel that the county and the ski area installed the Gazex exploders without proper due diligence and scientific analysis of impacts, and that the permitting process was done hastily and without foresight. We do not object to the Gazex at the ski areas, which are located high on ridgelines and far away from homes. But we are frankly shocked, appalled, and angry that explosive material untested in residential areas was allowed to be installed in a neighborhood with 500 homes and 160 condominiums without so much as a letter informing residents.

Alpine homeowners have never organized before, but you can be sure that this issue has galvanized residents and we are banding together to make sure our voices are heard, and our safety ensured.

~ Melissa Siig, a former associate editor for Moonshine Ink, has been a reporter in Tahoe for more than 15 years. Nothing roils her blood more than a flagrant violation of democracy and the public process, which she feels was the case with the Gazex along Alpine Meadows Road. 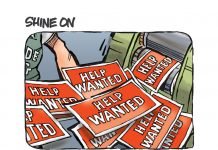 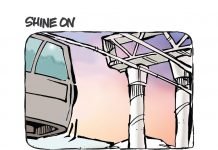 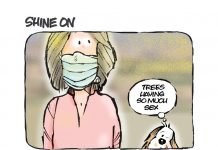