Question to both parties: Yes or no on Measure V, which aims to reduce Nevada county’s threat of wildfires and improve disaster readiness and evacuation safety? (Find those in support of Measure V here.) 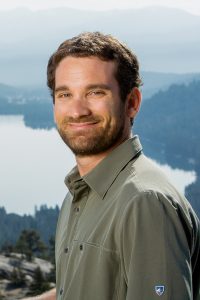 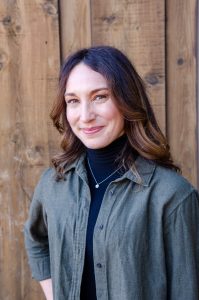 By Courtney Henderson and David Polivy

We support the stated goal of Measure V: to fund projects designed to reduce the threat of wildfire within Nevada County. We have been consistent vocal advocates for environmental stewardship, climate action, and wildfire prevention measures. Last year, we endorsed and campaigned for Truckee’s own Measure T special wildfire mitigation tax. Measure T should have served as a blueprint for the county as it worked to craft its own legislation. Instead, the county chose a different route. Our opposition to Measure V is not an opposition to wildfire prevention — it is an opposition to bad legislation. Here’s why:

No Guarantee These Funds Will be Spent on Wildfire Mitigation: Measure V is a general tax, which means there are no legal restrictions on how the money can be spent. Because of this, Measure V funds are not truly earmarked for wildfire mitigation. Measure V revenue will go into the county’s general fund for any use the county chooses — now or any time over the next 10 years. By contrast, a special tax, such as Truckee’s successful Measure T, requires that funds be spent as designated in the ballot measure language. If the county were truly devoted to using these funds for wildfire mitigation, they would have structured Measure V as a special tax, thus legally binding them to using these funds only for wildfire mitigation.

Limits Local Control and Truckee’s Ability to Respond to Unforeseen Issues: The state of California limits the total sales tax a local jurisdiction can charge to 9.25%. If Measure V passes, Truckee’s total sales tax will be 9%. This severely limits the town’s ability to use sales tax adjustments in the future to address unforeseen local needs. In short, this measure handcuffs local communities across the county for the next decade. Our constituents have given us extensive feedback about other high priority issues they would like addressed: transportation, housing, and critical infrastructure, just to name a few. If Measure V passes, we may not be able to raise the funds necessary for these initiatives.

Poor Return on Local Dollars: We appreciate the county’s willingness to redirect a portion of Measure V revenue back to Truckee. However, the devil is in the details. Truckee is projected to contribute approximately 30% of total Measure V funding, yet the county is only willing to allocate 8.33% of that revenue back to the town. While it is true that an additional 16.67% of Measure V funds are slated to be spent in eastern Nevada County, these funds will not be controlled locally, the funding can be rescinded by a vote of the county supervisors, and again, there is no obligation that these funds be spent on wildfire mitigation. No matter how you add it up, Truckee and eastern Nevada County residents are paying for more than they will get from Measure V.

Measure V will be on your ballot this November. We urge you to join us in voting NO on this poorly constructed and inequitable tax measure. There are better ways to write legislation, and better ways to go about funding regional wildfire mitigation approaches. If this had been approached differently, was structured as a special tax, and was equitable, we would support it. Because none of this is accomplished by Measure V, we cannot, in good conscience to the citizens of Truckee, support Measure V.

~ Mayor Courtney Henderson was elected to the Truckee Town Council in 2020, and former mayor David Polivy has served on the council since 2018 and was mayor in 2020. You can find Courtney and Dave enjoying our local trails, spending time with their families, and working to make Truckee the best community it can be. 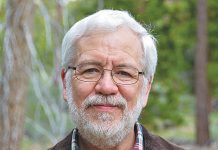 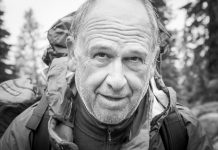