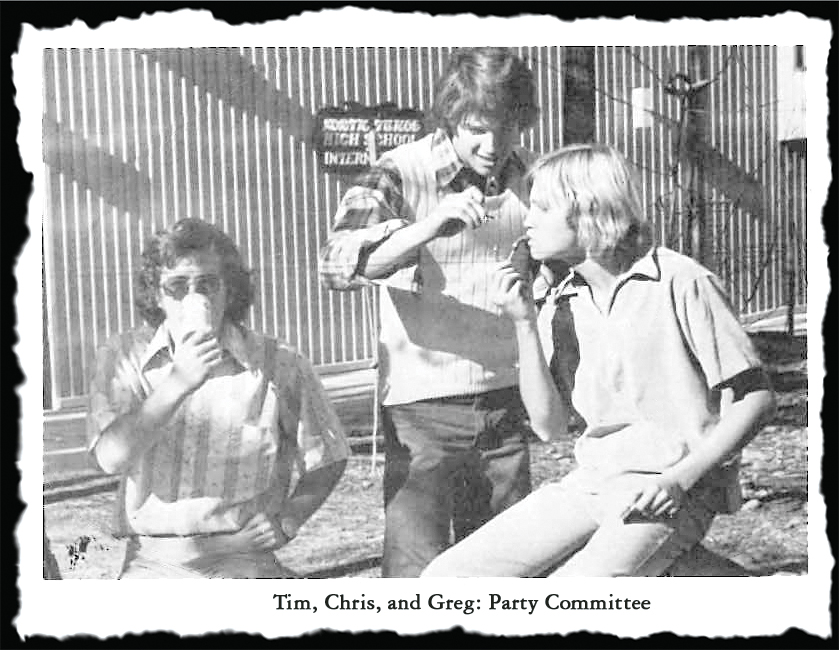 Recently I watched a video of Heart playing “Stairway to Heaven” at the Kennedy Center Honors, where the surviving members of Led Zeppelin, the incredible band that meant so much to me growing up, were recognized. Occasionally the camera would pan to singer Robert Plant and guitarist Jimmy Page, whose expressions were difficult to determine but I figured they were either: a) Rocking out and impressed with the performance, b) Thinking, “This is great, but look at these guys with a whole freaking orchestra and a full choir and we rocked that song with just four of us,” or c) Saying to themselves, “Oh man, the 1970s, those were the days.” Yes, the ’70s were the greatest days ever for rock ’n’ roll, even in a small town like Tahoe City.

As North Tahoe High School kids, I’m not sure we realized we were living in the golden age of rock music. But we did realize that the music we loved was awesome. We wanted to listen to it on full volume, all the time. We were lucky to be hitting our music-loving prime just as Led Zeppelin, The Who, The Rolling Stones, Neil Young, Santana, Yes, Emerson, Lake & Palmer, Jethro Tull, The Allman Brothers Band, Pink Floyd, and the Grateful Dead were putting out their best music. There were no iPods, so music was a shared experience, and we loved to share.

My favorite place for music was my ancient Jeep Wagoneer with its homemade car stereo system. It was a perfect music set-up for a trip to a Santana concert in Sacramento, or to see The Who and Grateful Dead playing together at the Day on the Green in the Bay Area. It also worked quite well for just getting lost in the woods while listening to Neil Young on the dirt roads behind Tahoe City that are now mountain-biking and cross-country ski trails.

Then there were the parties, where rock music at ear-damaging volume was the order of the day. The word “party” might be a slight exaggeration. It was often just one poor guy who made the mistake of telling someone his parents were going to be out of town, and then half the school and a few 20-somethings would show up at his house (and this was before Facebook). Our all-time favorite song was The Who’s “Won’t Get Fooled Again.” The highlight of that song was, of course, The Scream. Once it got close, we all would rush around the room yelling, “Hey, it’s coming, here comes the scream!” and we would focus in rapt attention and anticipation and turn it up even louder. Somehow, over the course of several weeks, Roger Daltrey’s scream managed to destroy two speakers at two different parties. It’s pretty entertaining watching 30 teenagers right in the middle of screaming along with Daltrey when they lose the benefit of musical accompaniment.

The most memorable party was a very unofficial fundraising event for the NTHS senior class, held at an empty house in Alpine Meadows. A classmate’s brother’s band rocked us for hours, a keg or two might have been involved, and we raised a ton of money for our senior trip. We were even awarded “Special Thanks” in the yearbook by having our picture taken in front of NTHS with a beer and lighting a pipe. Yep, those were the days.

What we certainly did not do, ever, was listen to disco. While disco might have been a big deal in the big city, up here in the mountains we hated disco. We didn’t want no stinking pop music; we were all about rocking out to awesome guitar riffs and drum solos. We didn’t wear disco clothes. We wore waffle stomper boots, jeans, and plaid shirts. We did not have dance fever. Dancing for us was jumping up and down and swinging your arms around like The Who’s Pete Townsend, not doing whatever John Travolta was doing at the time. Although I will hand it to those disco dudes, they did seem to get the girls.

Now our music has been relegated to the classic rock stations. But it doesn’t matter whether you are 20, 40, or 60. When “Won’t Get Fooled Again” or just about anything by Led Zeppelin comes on the radio, crank it up and you’ll feel it deep down in your happy place, that place and time where rock ‘n’ roll reigned supreme.

~ Tim Hauserman grew up in Tahoe City. He wants his readers to know that if anything in this diatribe might be construed as having been illegal, it didn’t happen. Do you have memories of rock ’n’ roll? Tell us below.

We Don’t Want No Stinking Disco
Arts & Culture
All Day