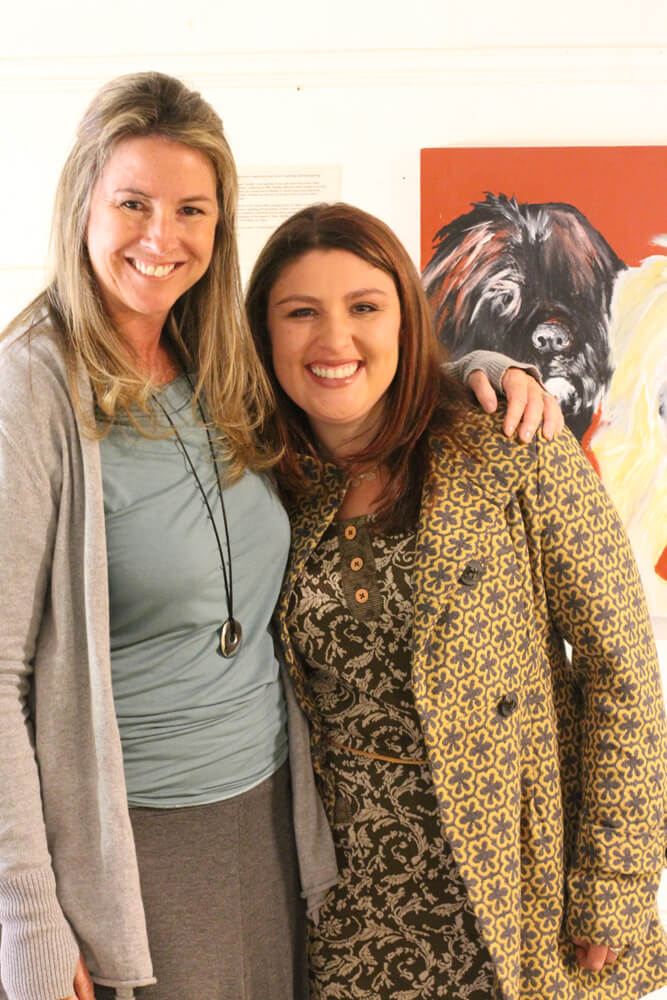 If you lived in Truckee in 1993, then you probably remember the day the town shook. A propane explosion at Josephine’s restaurant (which now houses Sweets Handmade Candies) trapped the owner, Michael Bond, and his 4-year-old daughter, Madeline, and killed their friend, 45-year-old John Davey. (Check out “In the Past” here for Moonshine’s report on the explosion and the historic building.)

While Michael survived with some broken bones, Madeline suffered major head trauma from the pieces of rubble that crashed down and trapped her for several hours. Now, two decades later, the 24-year-old aspiring artist, who goes by Maddie, is happily living life in the wake of the explosion that left her with long-term challenges caused by brain damage.

On the day of the explosion, Michael went to the restaurant to take over cooking so that his wife, Kristy, and Maddie could go home. Maddie wanted to stay at the restaurant with her dad and continue playing “waitress,” so Kristy returned home to be with her six-month-old son. Soon after arriving home, she started receiving phone calls that all mothers dread — there was an explosion at the restaurant, her husband was injured, and her daughter was trapped under pounds of debris.

After several hours, thanks to search dogs, Maddie was located and pulled out of the rubble. She spent a year of rehab at Children’s Hospital Oakland, where she had to relearn basics like walking and talking. The fine motor skills on her right side were also severely impacted, and as a result, she had to learn how to write, draw, and later paint, with her left hand after being right-handed.

After the accident and Maddie’s recovery in Oakland, the Bond family moved to Arizona, seeking to live in a place where no one knew who they were or the nightmare they were going through. Kristy said that living in Truckee after the explosion was tough, with constant reminders of painful memories and people asking about Maddie. Four years after the accident, the Bond family reached a $12 million settlement with Amerigas Propane. They moved to Grass Valley in 1997, and in 2007 Maddie graduated from Forest Charter School.

Last year, Maddie took a pet portrait class at her local Ben Franklin Crafts store, and she was immediately drawn to the teacher, Katherine Schad. Maddie asked Schad to help her with her artwork. Schad is a local artist and art coach that helps students find their flow and self-esteem through art. Quite fittingly, she works with people who suffer from brain injuries, Alzheimer’s, and autism. “She loves Maddie; she remembers the accident and it hit her in the heart,” Kristy said.

Maddie and Schad now work collaboratively on pet portraits, allowing Maddie to perfect her art with the guidance of a mentor. “Maddie has excitement and passion for her work and the animals,” said Schad. “It’s fun to see how far she’s come; working together has been self-satisfying for both of us.” While Maddie always enjoyed drawing, painting is her now preferred art form. Art has become an essential tool and outlet for Maddie, helping her navigate through daily life.

“It’s my center, my yoga, my calming place when stressed,” said Maddie. She currently takes art classes at Sierra College, and relies on the Gold Country Lift for transportation as she cannot drive herself. (The Gold Country Lift is a public transportation bus service for those with disability.) Through art classes and pet portraits, she is striving to become a professional artist.

Last month, Riverside Studios in Truckee featured Maddie and Schad’s portraits. During the show’s opening, Kristy and Maddie loved seeing the familiar faces of friends and community members, and even former customers from their old restaurant.

Every year on Nov. 30, the day of the explosion, Maddie and her family go out to dinner for a celebration of life, and always include a toast to their dear friend John Davey.

To contract Maddie to paint a portrait of your pet, email her at cedarridgegal@yahoo.com.