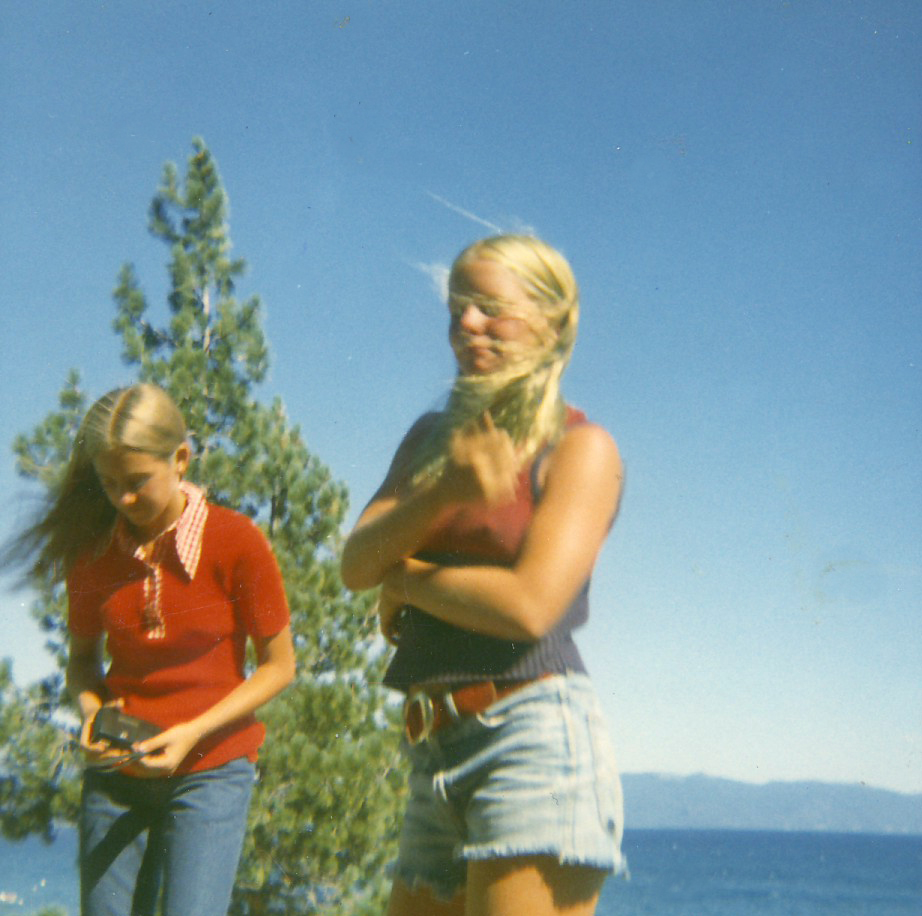 For kids growing up in Tahoe, our world revolved around family, the other kids in the neighborhood, and our school classmates. Outside the periphery of this core group was a shadowy collection of people who flitted in and out of our lives. Perhaps we would only see them for one week or even for just a few days every year. They were the second homeowners’ kids. Well, more like the second home kids. The actual second homeowners were similar to the adults in the “Peanuts” cartoon strip — just background noise. Their children and grandchildren were hauled up to Tahoe in station wagons from the far-off planets of Menlo Park, Belvedere, and San Francisco for the pure purpose of playing with us. At least that’s how we felt.

While many of these second homeowners had been coming to their family cabins at Tahoe for half a century, for us local kids, they were not quite real Tahoe people. The second home kids were extra players for the street football game or were part of that geeky family that cruised around in the dorky-looking pontoon boat. If I remember correctly, the pontoon family had about 20 kids who all looked like different-sized versions of the same person. (At the time, we scoffed at what nerds they were. Now they probably own high-tech firms in
Silicon Valley).

To us local kids, second homeowners were in a sort of special category back then in the ’60s, ’70s, and ’80s. They were certainly much higher up on the cool scale than the clueless hell that was allotted to the first-time visitor crowd who were branded as “turkeys.” You know, the ones who, while standing in the middle of Tahoe City looking at the lake, asked you where Lake Tay Ho is? But second homeowners couldn’t quite match the heavenly designation that came with being an actual full-time Tahoe resident. They had spent time here, so they knew the basics, but since they didn’t go to school here they were not truly intimate with the vagaries of Tahoe culture. I mean, come on, they were not wearing waffle stomper boots or plaid shirts like we were! In other words, they were not cool. Of course, deep down, we all knew that once we headed down below 5,000 feet we, too, began to cluck and get scared around Thanksgiving time.

When we became teenage boys our attitude toward who was cool and who was not, changed. We discovered that second homeowners brought cute daughters to Tahoe every summer. This was an opportunity, because the out-of-towners were not yet aware that we were dorks and so the possibility of romance still existed. It was rarely fulfilled, and quite innocent for the most part when it was, but the opportunity was there, right down
the street.

I remember two cute sisters, Piper and Penny. They plopped in a few doors down every summer with their pretty faces and green hair, which was supposed to be blond. They spent their lives swimming in a heavily chlorinated pool so by the time they made it to the lake after swim season they shined in all their greenness. Where did they come from? I really had no idea. Who cared? As far as we were concerned, if it wasn’t Tahoe it might as well have been the moon. Except for the lovely 15-year-old Monica. She was from Kansas and every year she spent a few weeks with her cousin, Christine, who was exotic because she had a German accent. We had a great time telling tired “Wizard of Oz” jokes and asking Monica where Toto was. We found a friend old enough to drive, and the four of us would take his beat up, old Jeep and create clouds of dust driving above Tahoe City on all those roads that you can no longer drive on. If I remember correctly, Peter had a total of one cassette tape in his Jeep. Fortunately, it was The Who’s “Quadrophenia.” Even now, I still enjoy hearing that awesome guitar riff at full volume right after, “Can you see the real me… can ya, can ya?” It brings back pleasant memories of getting lost in the woods, which we did quite frequently.

We didn’t realize at the time that meeting the kids from other towns and cultures was a learning experience. Tahoe was more isolated and provincial back then, and it was good for us local types to get exposed to people who did stuff like compete in swim meets and take piano lessons. Apparently, there was another world out there. A world that would be worth our discovering and exploring, if only to confirm our assessment that we lived in the greatest place on earth.

~ Tim Hauserman grew up in Tahoe and wonders what ever happened to Piper and Penny. Comment on this column below.