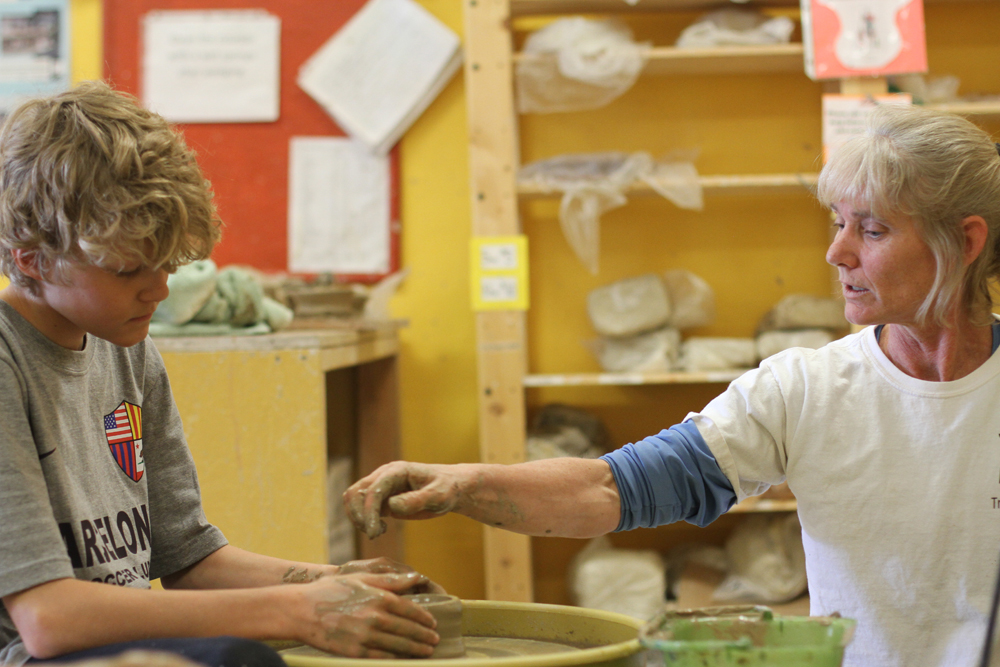 Tourists and locals have been getting their hands covered in clay, painting ceramics, laying glass mosaics, or drinking wine with girlfriends on Diva Night at T Pots Pottery in Truckee for the past nine years. But now, the beloved T Pots Pottery will close by June 30.

“I have loved showing everybody who comes in here how to work on projects and seeing the big smiles on their faces,” said T Pots owner Teresa Wik.

The studio, which was previously located on West River Street for six years, has been at its current location in the Gateway Center for three years. In March, Wik decided to close T Pots in order to join her husband in retirement. Wik will pack up the studio earlier if the inventory clears out before the lease is up at the end of June.

Wik grew up in the Bay Area and wasn’t interested in art until high school. After she took a ceramics class with a teacher she described as “awesome,” she quickly acquired a potter’s wheel. Wik went on to attend nursing school and was the hospital director in Portola for 15 years, then an ER nurse at Tahoe Forest Hospital, where she found she had more time on her hands. To fill her time she asked her husband, Stu Wik, if they could buy a kiln. He agreed under the condition that she sell her pottery at craft shows. So she did, and she will continue to use the kiln in her retirement for personal use.

After moving to its second location, the shop grew in popularity. “Being a business owner, you’re always on call,” said Teresa, who was only able to get away once last summer to spend a day at Donner Lake. Stu retired six years ago from CalFire, and the couple plans on dirt biking around Prosser with their newfound free time. Teresa has even convinced Stu to get a puppy.

In these final weeks, Teresa is having a difficult time saying goodbye to customers. “A lot have been coming for years and now they have to say goodbye to me. I have watched many of these kids grow up,” Teresa said tearfully.

Teresa knows that T Pots has been the “go-to place” on rainy days or to escape the sun. “T Pots is very fun. It’s sad they are planning to close,” said Truckee resident Cathie Foley, who has been a customer of T Pots for three years.

Teresa has lots of pottery in stock, including Christmas ceramics at 40 percent off. She encourages everyone to stop by and say their goodbyes while making their final art piece.