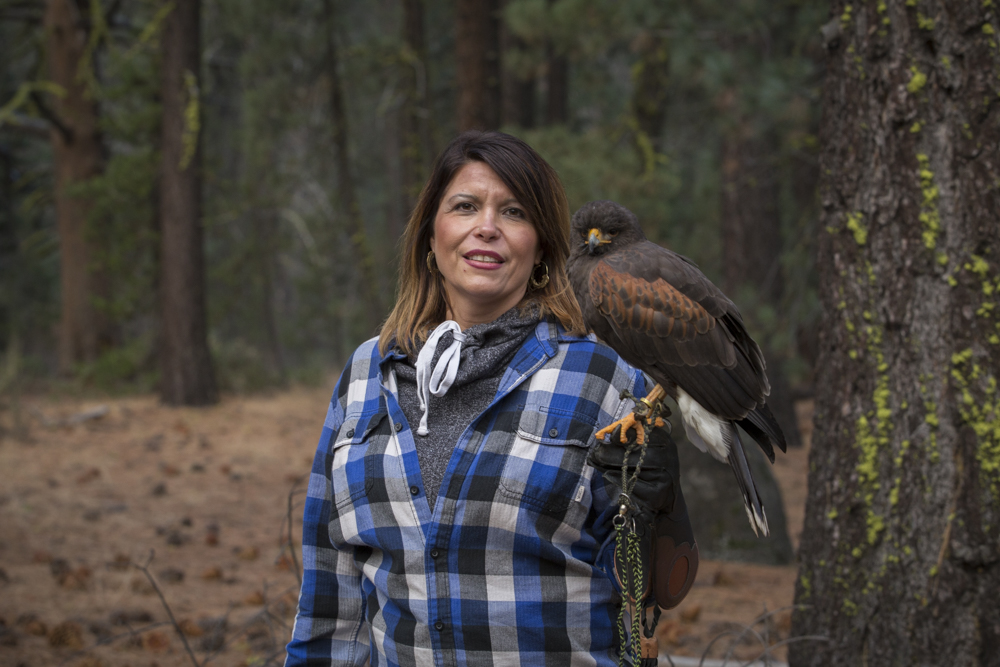 Lovina Robison is proud of the fact she will never in her life have to hunt with a gun; instead, she has spent the last couple of years out in the field hunting small game with her Harris’s hawk, Zen. As one of the approximately 4,000 falconers in the U.S., Robinson devoted valuable time to completing a two-year apprenticeship, in addition to receiving the necessary permits and licenses to care for an animal that requires attention 365 days a year, even more so than a dog or a cat.

One of the most challenging aspects to caring for a Harris’s hawk is keeping them in flying shape. “I have to weigh him several times a day,” Robinson said, “Raptors are athletes, and in order for them to hunt effectively they need to be in shape.” While Zen doesn’t see open flight every day, he will, at the very least, receive flights within Lovina’s house until the weekend. “Most weekends Zen and I will head out to open land to let him fly and challenge him with seeking out prey. This is also time for me to meditate out in nature; the reason I named him Zen is because he forces me to get outside, away from it all.”

Obsessed with wolves, Robinson immediately took to Harris’s hawks as they’re often referred to as “the wolves of the sky” for their characteristic pack hunting. “One in five hawks end up surviving in the wild,” Robinson explains, “largely in part for how extensively humans have developed their hunting grounds.” Caring for Zen has given Robinson the opportunity to help preserve these animals. Admittedly, she hasn’t acquired the taste just yet for the meat Zen produces while hunting, but will one day, and feels comfort in the fact she will never go hungry if all else fails.

The Art of Falconry
Sports & Outdoors / Wellness
10:00 am

The Art of Falconry
Education