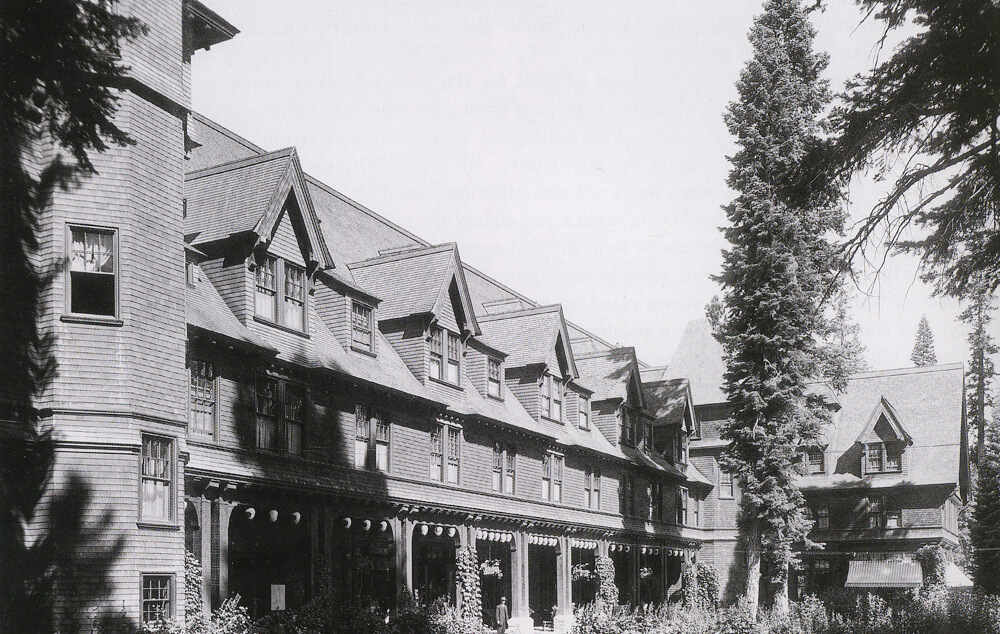 These days, folks think of Tahoe Tavern as a lakefront condominium project just outside of Tahoe City. But from 1901 until it was torn down to make way for those condos in the mid-1960s, it was the name of Tahoe’s Ahwahnee, the place to go for luxurious hotel accommodations. The Tahoe Tavern was an opulent, 225-room, gabled four-story structure with plush lawns, waterfront boardwalk, luxurious lakeside dining room, and an immense pier. For the kids of Tahoe City, however, it was a neighborhood playground. Could this grand hotel one day serve as a model for future development? 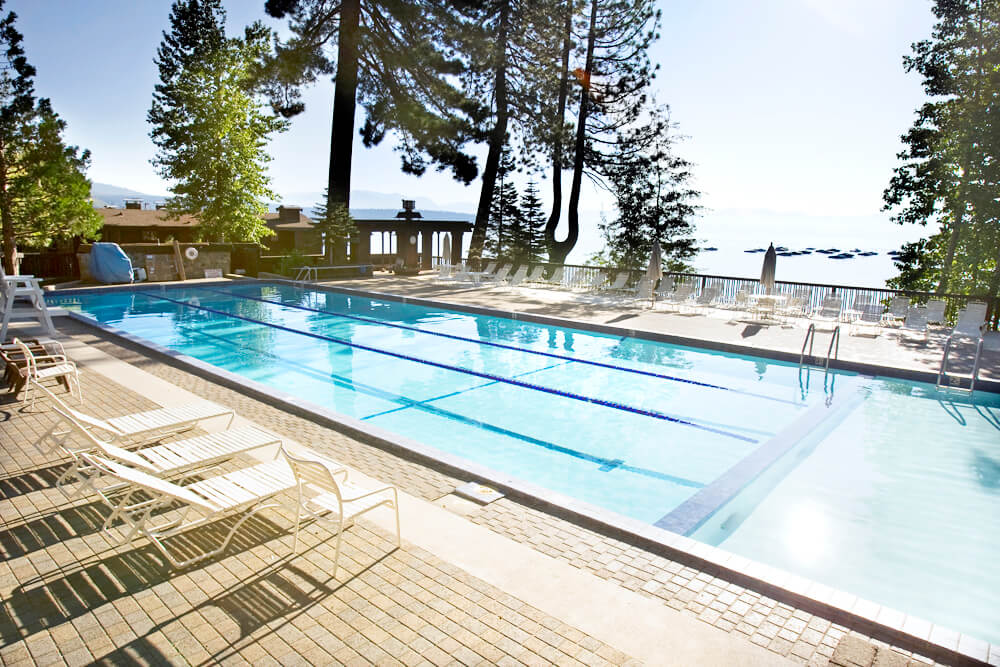 My older sisters all remember attending movies at the Tahoe Tavern theater. In its later years, in an example of architectural idiocy that has only been exceeded by the design flaws of the first North Tahoe High School, the Tavern housed a movie theater directly over a bowling alley. As you might imagine, this could make hearing movie dialog a bit of a challenge. The six lanes were set by hand, so every loud crash not only disturbed the movie watchers, but also put chatty teenagers to work setting up the pins. Patrons smoked cigarettes in the theater, so there was often a thick layer of smoke between the viewer and the screen. The smoke was a nice accompaniment to the bats, which frequently could be seen flying around in the cavernous theater. I’m thinking this place would have been Alfred Hitchcock’s dream viewing location for his 1963 suspense movie, “The Birds.” 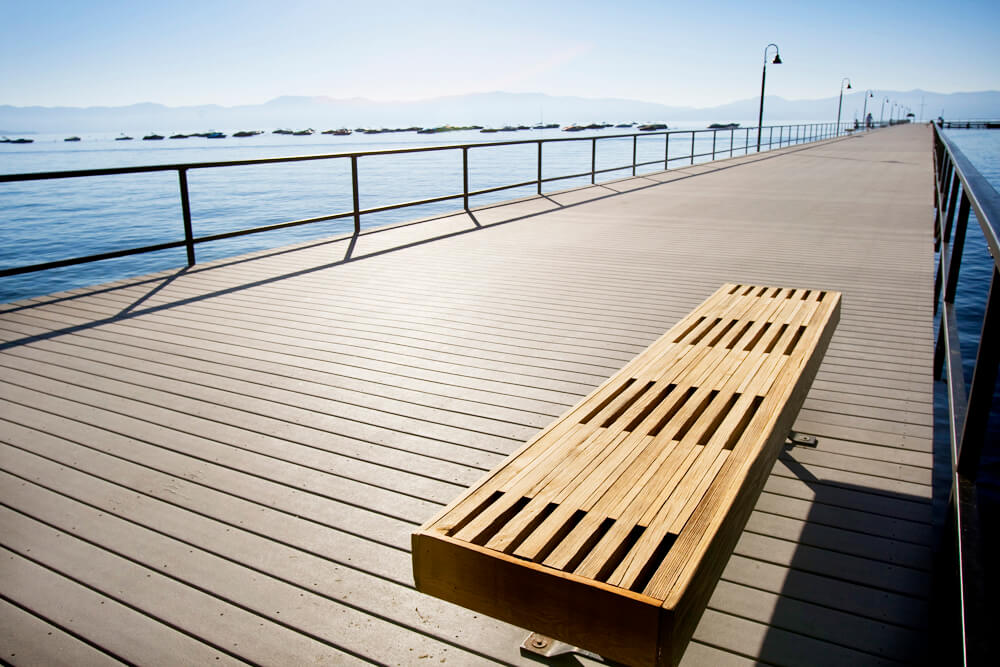 The makings of a good day for a Tahoe City kid back then was to find a group of friends, saunter on over to the Tavern for a movie, hit the old-fashioned ice cream parlor for a float, then walk home in the dark, telling scary stories. A lot of large families resided in Tahoe City in those days, and parents were only too glad to have a passel of kids get out of their hair and over to the Tavern for most of the day and into the night, once they had finished their chores. In many ways, the early 1960s were a great time to be a parent. Kids actually did chores. For those of you not familiar with chores, they are the things that kids used to do, but that parents now do, because their kids are busy attending those structured activities that parents have to pay for. Back then, we only had Little League baseball. For a few years we played on a rocky dirt field on the edge of the lake near Tahoe City where the Tavern Shores condos are now located. 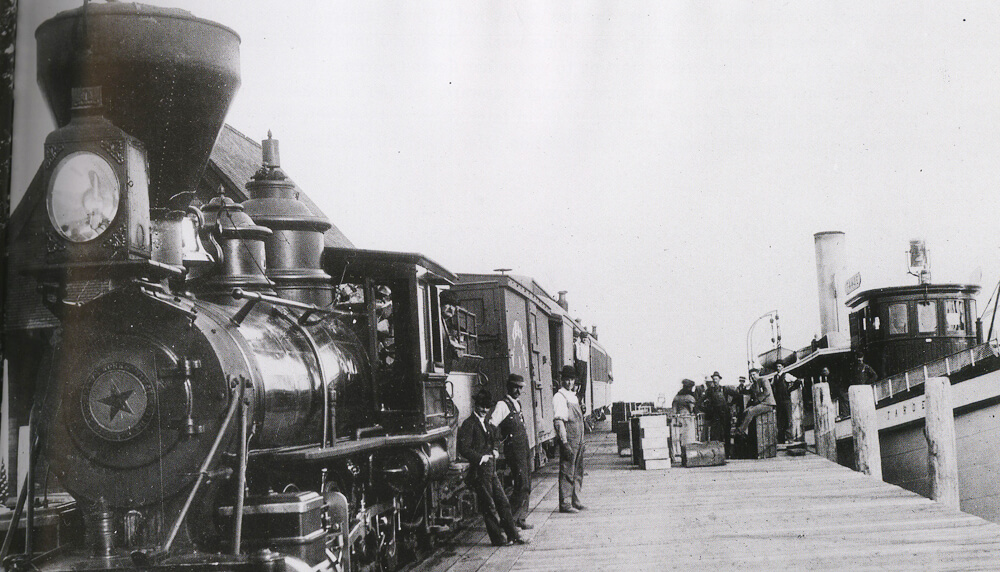 We also played on the expansive Tahoe Tavern grounds while my mom and grandpa, two bargainers extraordinaire, were ferociously bidding on the hotel’s elaborate furnishings when it closed in the 1960s. I imagine much of the pieces of furniture acquired at that auction are now family keepsakes tucked away in a number of beautiful Old Tahoe homes. I know when I was growing up we had some of the winning bids in our house, including two enormous bronze lamps and an ancient oak chain-pull toilet, which I remember fondly as one of the places in the house where I could escape my siblings when they were not at the movies.

But my most indelible memory of Tahoe Tavern was of watching part of it burn down just before Christmas in 1964. I was only 6 years old, but I still remember my volunteer-fire-department dad bringing our family to the Tavern to watch it burn. It was one hell of a spectacle watched by a throng of local onlookers. (Arson was suspected, but never proved.) Later, I discovered that the hotel had already been sold and was set for demolition. Fresh from the 1960 Winter Olympics and construction of Interstate 80, Tahoe in the early ’60s was focused on building new drive-up motels and ski condos, not stodgy old hotels. And apparently the cost of renovating an ancient structure such as the Tavern into what the modern, year-round vacationer wanted just didn’t make economic sense at the time.

In Tahoe Tavern’s glory days, guests accessed the hotel by rail from Truckee to Tahoe City, then hopped aboard the steam-powered ferry Tahoe to access other parts of the lake. Today, almost half a century since the Tahoe Tavern’s demise, when people talk about what would make Tahoe City a better place, a large destination hotel and better transportation are often mentioned. Perhaps some people fantasize about how, one day, people could arrive at a beautiful lakefront destination hotel via train, and then get around by ferry. Hmmm, kind of sounds a lot like what we once had, and gave up.

~ Tim Hauserman grew up in Tahoe City. He wrote the guidebook to the Tahoe Rim Trail. Comment on this column below.