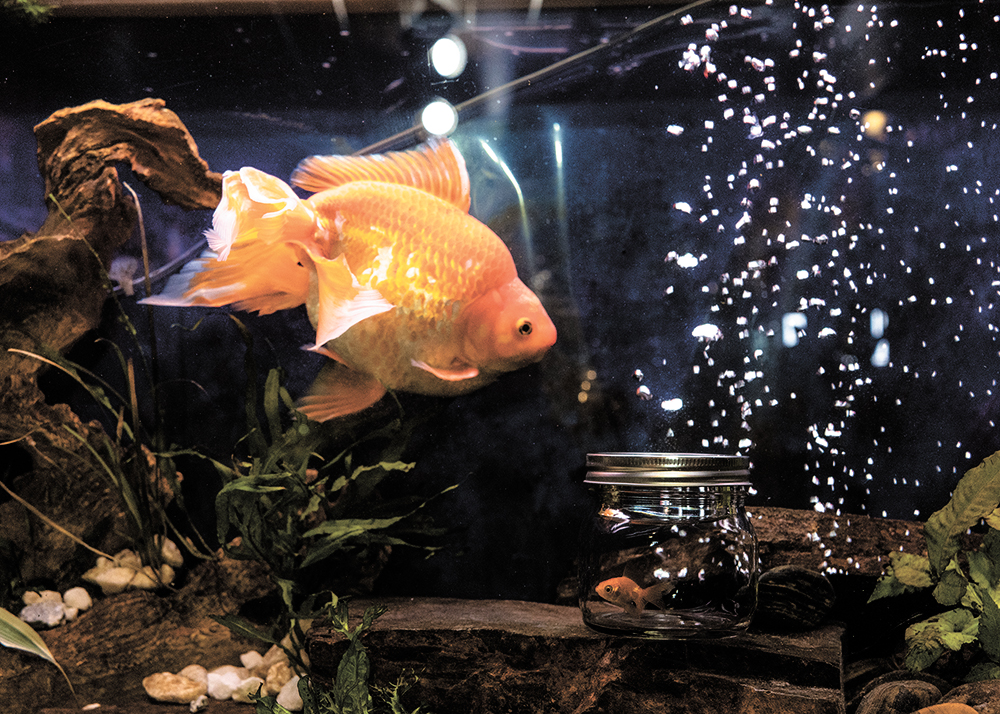 Tahoe Tessie is 11 inches long, weighs 2.5 pounds, and lives in a 150-gallon tank. No, not that Tahoe Tessie. This Tahoe legend is of the goldfish variety and was rescued from a frozen creek last year.

She happily swims in her tank at Hot Diggity Dog and Cat in Kings Beach, and is cared for by the store’s owner, Michelle Okashima. While most ornamental goldfish live in tiny bowls and don’t have a long life expectancy, Tessie has boggled minds and defied odds with how she lasted in the wild in the first place.

“I always wondered how she survived,” Okashima said.

And while Tessie was most likely dumped in Griff Creek by a previous owner, it’s how she was found, fought for her life, and has since thrived that is the kind of story movies come from.

It all began on an afternoon in March 2017 when Placer County Animal Control Officer Rick Stout walked into Okashima’s shop and announced that he had caught a fish. Students and teachers from a local school had found under it under ice in a drainage ditch and called Stout, who was now looking for a new home for the homeless, dormant goldfish.

Okashima agreed to take the fish, thinking it was a typical, tiny goldfish. But when Stout walked in with a biohazard cooler and opened the lid,

Okashima saw a goldfish unlike any she had ever seen.

While most goldfish are a few inches long, this fish filled out the cooler at 10 inches (the species is known to grow to match their environment). And that’s how Tessie got her name.

“I’m pretty sure if she had made it to Lake Tahoe, her dorsal fin would break the surface 10 years from now and people would claim it’s Tahoe Tessie,” Okashima joked of the fabled creature.

But when Tessie was delivered to Okashima, the fish was still dormant. Okashima recalls how she got it to wake up by pouring tap water over her every half hour. She was uncertain the fish would survive, but the next morning she was swimming in her tank.

“I couldn’t believe it,” Okashima said. “I didn’t think it was a probability [that she would survive the night].”

And that was just the beginning.

Three days into her new life, Tessie began to panic. Okashima said the fish didn’t understand glass and kept running into it. Tessie had become accustomed to swimming in the creek, but tank life was new.

“It became an emergency because I needed to get a bigger tank,” said Okashima, who originally had a 10-gallon tank for Tessie. “There wasn’t space for her to move.”

Between not being able to move freely and coming out of dormancy, Tessie built up bacteria on her nodules due to the stress, and had to be moved to a 55-gallon tank to recover. Okashima treated her with an antibiotic for two weeks and then started researching fish food so she could give Tessie a healthy diet. What she found is that commercial fish food is full of fillers, binders, and colorants. So Okashima began making her own food for Tessie.

“She was in the wild, so her diet was extremely different than a fish growing up in a fish bowl,” Okashima said. “I was trying to keep it natural.”
Okashima found a company in Rhode Island that makes spirulina and plankton fish food, which she began feeding to Tessie and now carries in her store for customers.

“I wasn’t pampering her,” Okashima said. “I was trying to fulfill her nutritional needs.”

After a couple of months, Tessie outgrew her tank again. Okashima found a 150-gallon tank in Roseville, and acclimated Tessie to her new home.
But this time, Tessie lasted only two hours when Okashima found her bent over like she was going to die. She called an aquatic store in Reno, and they said that Tessie most likely swallowed a bubble during the move. They advised Okashima to rub the air out of Tessie’s stomach.

“This is a wild carp. She doesn’t know handling or human touch … I am trying to squeeze this fish and get her over. And a bubble came up,” Okashima recalled.

Despite her efforts, Tessie began swimming with a list (lean). Okashima went to install a new canister filter, thinking this would solve the issue. But then the tank began to overflow and the store started to flood. At 2 a.m. This is where Steven Spielberg’s effects would come in handy.

“I’m covered in fish water. The store is flooded, and the fish is swimming with a list,” Okashima recalled.

After a few hours, Okashima came back and saw that Tessie had wedged herself under a log in the tank. Tessie shot forward and stabbed herself on the log, and was now bleeding.

“I was holding, basically, a dead fish,” Okashima said. “I gave her fish nuggies on her tummy and air comes out. I put her back and she was upright, but weak.”

After a week, Tessie grew stronger and Okashima began treating her injury, which took a month to heal.

Now, fast-forward a year later, Tessie is a happy fish living in a pet store surrounded by a cat, three dogs, and two Beta fish. And, after all the rescue drama, Okashima is happy about quiet days.

“I love her,” Okashima said of Tessie. “It’s like having a Chihuahua in a fish tank.”

Editor’s note: Is the other Tahoe Tessie real or not? Find out in the 2018 Tahoe Summer Lovin’, inserted into this paper. 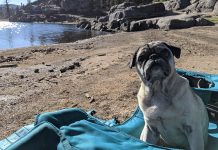 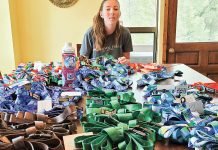 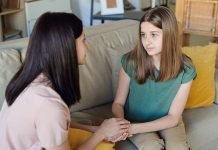 Survival of the Fittest
Sports & Outdoors

Survival of the Fittest
7:00 pm

Survival of the Fittest