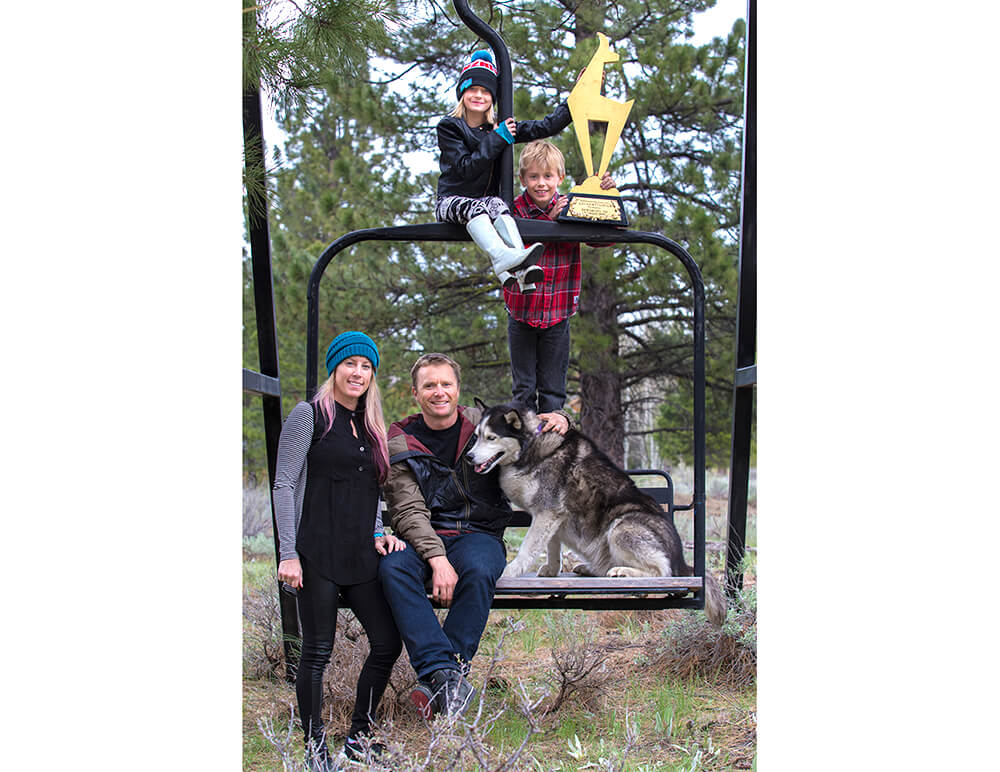 According to Michelle Rahlves, there is still no perfect way to raise a husky. The independence, the pure love of the outdoors, along with the raw, savage, and unmanicured nature are all characteristics that drew her and her husband Daron to the breed back in 1999.

Streif is the youngest, and sadly, the last remaining husky of three huskies the Rahlves have proudly called part of their family. The name Streif carries a deep meaning with respect to the most demanding downhill ski run found during the annual World Cup Alpine Ski Tour in Kitzbühel, Austria. The trophy you win after conquering the Streif (pictured) is a tangible, well-earned piece of art. Much like the ski run, a husky requires countless hours of training, and the reward is arriving at a point when the breed can come, stay, and not run away when off the leash.

The Rahlves believe huskies have an inherent ability to mold into a family. Now 10-years-old, Streif has been around since the birth of the Rahlves’ children, Miley and Dreyson, and continues to provide the love they find to be “incomparable to the challenges along the way.”

The Sky’s the Limit