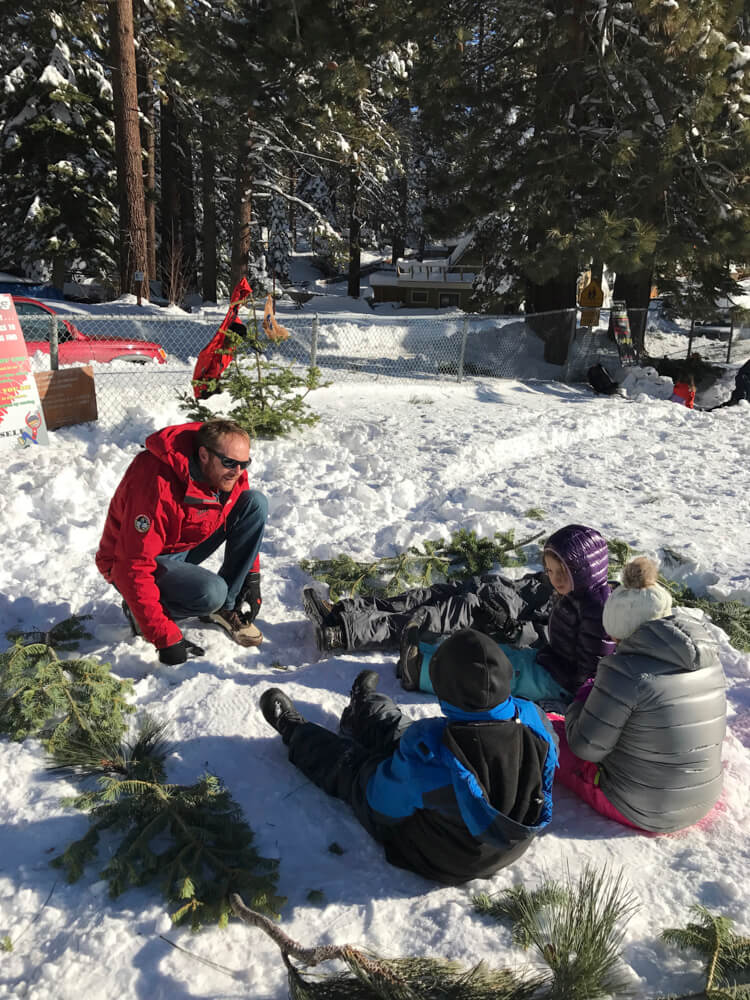 How many fourth graders do you know whose hands eagerly shoot up when asked by a group of search and rescue personnel why it is bad to wear cotton layers in the outdoors? At Kings Beach Elementary they answer proudly, “Because when you get wet, you stay wet.” These students have no trouble calling out “stop, think, observe, plan” to an entire gymnasium when asked what the initialism S.T.O.P. stands for.

Well, this was the scene in late January when volunteers at Tahoe Nordic Search and Rescue taught 75 nine-year-olds winter awareness education.

Why fourth grade? “We want to catch kids before they all go off on their own,” Troy Corliss, TNSR volunteer said.

Corliss explained that when people get lost in the outdoors is it usually because of a series of events, rather than one large problem, and this program’s goal is to teach kids to start making good decisions early on in the incident and “get ‘unlost’ more quickly.”

The educational program — established in 1979 when TNSR became a nonprofit as part of the educational arm of the nonprofit application process — has taught approximately 7,000 Truckee/Tahoe fourth graders in the past 37 years, and currently makes the rounds at Tahoe Lake, Truckee, Incline, and Kings Beach elementary schools. Looking ahead, “Schools [to bring the program to] in the future would be all the independent academies,” Bernie Mellor, the program’s coordinator, said.

Students arrived in the gymnasium at Kings Beach Elementary first thing Friday morning dressed head-to-toe in winter hats, jackets, boots, and gloves. They sat captivated by Mellor as he introduced the program and spoke about what to keep in your pack, the best layers to wear, the importance of eating breakfast, and what exactly TNSR does. The time inside was brief, as the real lessons for this program are taught outside in three stations.

Behind the school, atop a deep layer of fresh snow, ten volunteers from TNSR set up stations for the students to rotate through: S.T.O.P., shelter, and signal — each station with its own purpose and hands-on learning experience.

S.T.O.P. is a common teaching tool used to remind those lost in the wilderness how to remain calm and best handle their not-so-desirable situation. As the kids had already learned from their very astute classmate, S.T.O.P. stands for: stop, think, observe, plan.

A second station — shelter — allowed the students to explore an already built snow shelter. The volunteers explained to the kids the best way to construct the shelter and then allowed them to enter it, both one at a time and in small groups of four.

At the third station — signal — students were taught how to use resources found in the natural environment to signal to rescue personnel that there was someone in the area in need of help. To do this, children took pine branches and arranged them in an “X” shape. They also took anything on their person that wasn’t helping to keep them warm and placed it on a nearby tree too signal to the search crew that they were in the area.

And, it works, because as far as students who have gone through the program who have needed rescuing goes, “They don’t get into trouble, because they use our skills.” Mellor said.