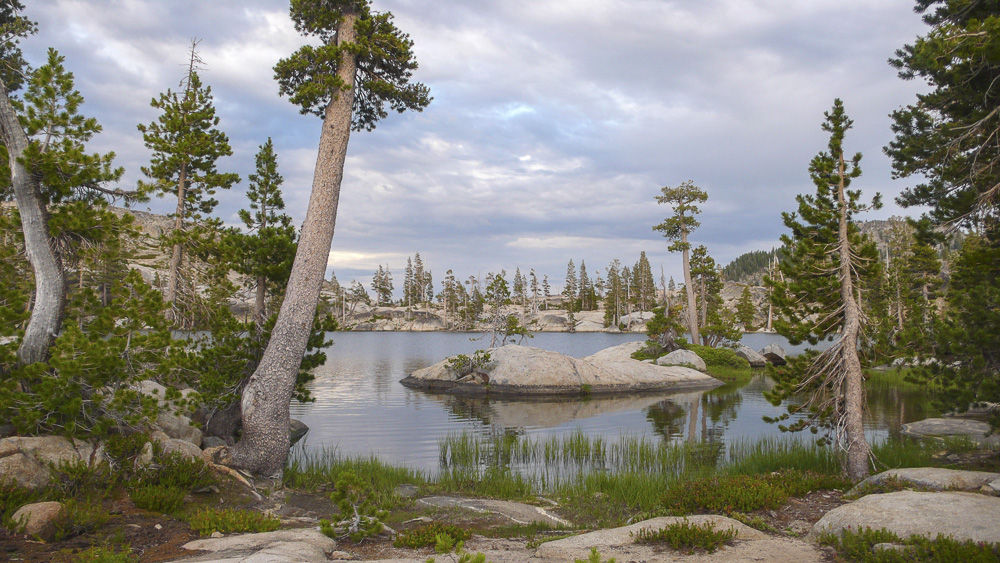 One special day in the mid 1970s I found myself on a white horse, riding from the dry desert of south Reno along a small, babbling creek, past aspen groves bursting with fall color to the mountains that rose thousands of feet above. For years, this adventure was just a vague recollection. Then last fall I took a hike to see the colors along Thomas Creek, and suddenly it all came flooding back to me. This was where we rode, these were the aspen trees of my past.

At the time I was probably a teen, on an overnight horse-packing trip with David Robb, who I barely knew. The Robb family was longtime friends with my parents, but we didn’t see them often since they lived in Reno. The trip seems especially bizarre because, unlike lots of Tahoe folks at that time, my family members were not horse people. Perhaps my parents were leaving town and needed to disburse their five kids. My mom probably called David’s mom to pawn me off. Poor David. He got stuck with the youngest Hauserman boy.

After this recollection started coming back, I decided to track down more details by calling the Robb family. I reached David’s older brother, Don Robb Jr., who told me the sad news that David, only in his mid 50s, had passed away a few years ago. Don said he was not surprised to hear that I had ridden with David, as his brother was always riding up to the top of Thomas Creek. The Robb family owned a 600-acre parcel in a remote area past the end of the dirt road near Logan Meadows, and that was probably where we started riding from.
Whatever the circumstances, for a mountain boy like me it was astounding to ride from the outskirts of Reno — a place that meant orthodontists and casinos — into a land of lush green meadows, yellow leaves fluttering in the breeze, and my first experience spending a night in what felt like the true, deep wilderness.

This was also during the era when the Western movie was king. Bonanza was on TV and filmed just up the road in what I thought were the wilds of Incline Village. Every other movie you saw had John Wayne or Clint Eastwood getting good, bad, or ugly. I’m sure I was imagining myself as a cowboy hero spending a lonely night on the prairie, spitting with attitude into a tin cup, and disappointed that I couldn’t grow stubble to truly look the part.

I don’t recall much about that night spent camping under the stars, but I do remember that incredible feeling of being far away, and the waxing and waning wind through the trees near our camp along the tiny creek. I remember it was my first exposure to that special quiet that only exists in places without the sounds of civilization. But it took many years for the benefits of this first night in the wilderness to truly germinate in my soul.
In my high school years, I took a few short backpacking trips with friends. My army-green Kelty exterior frame backpack felt incredibly heavy and the hiking seemed impossibly difficult. Perhaps that was because we were packing cast iron skillets, bottles of cheap wine, and heavy cotton clothing. Or maybe I’m thinking of the time we lost the trail from Eagle Lake up to Velma Lakes in Desolation Wilderness. Instead of taking the well-graded trail to the lakes, we followed the shore of Eagle around to what we thought was a trail, but actually was just an incredibly steep creek bed covered in thick brush. Scratched and exhausted, we barely made it to Lower Velma Lake before the black of night descended on us. The Kelty seemed even heavier when, as an 18-year-old, I dragged it around Europe for two months packed to the gills with everything from way too many clothes to a chess set I had purchased in Italy.

After that I took a break from carrying a heavy pack until I fell in love with the Tahoe Rim Trail almost 20 years later, further developing my profound love for quiet nights spent in the wilderness. There is no better way to reinvigorate the spirit than to watch the sun set over the mountains and the slow progress of alpenglow, followed by the arrival of the first stars suspended above a backcountry mountain lake.
A recent stroll past aspen groves helped me realize that my love of wildness began next to a small creek on a horse some 40 years ago, when a gentle breeze wafting through the trees and the early stars of night first enchanted my soul.

Tim Hauserman wrote the official guidebook to the Tahoe Rim Trail. Perhaps the seeds of that book began on a horse in Thomas Creek Canyon.

Riding into the Aspens
Arts & Culture
All Day