Home Columns Feel Good Story The Power Behind an Egg 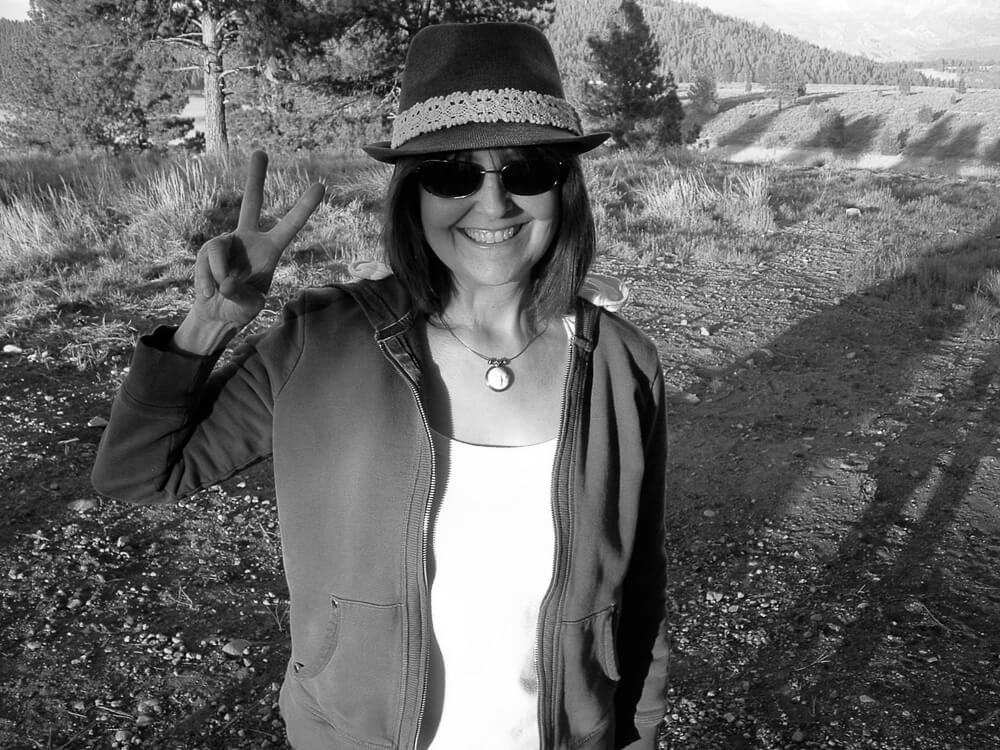 On the surface, the students are painting an egg and writing a poem, but the project’s mission is so much more — it teaches mindfulness, empathy, and compassion.

To really understand how the renowned project came to be you have to rewind to the 1970’s. Cathee was working as a professional egg painter (yes, this is a thing) based in the Bay Area. She was gaining notoriety for her craft, and one day she met a young boy who changed her outlook. The son of a friend, the child was a ball of energy and expressed interest in painting an egg. 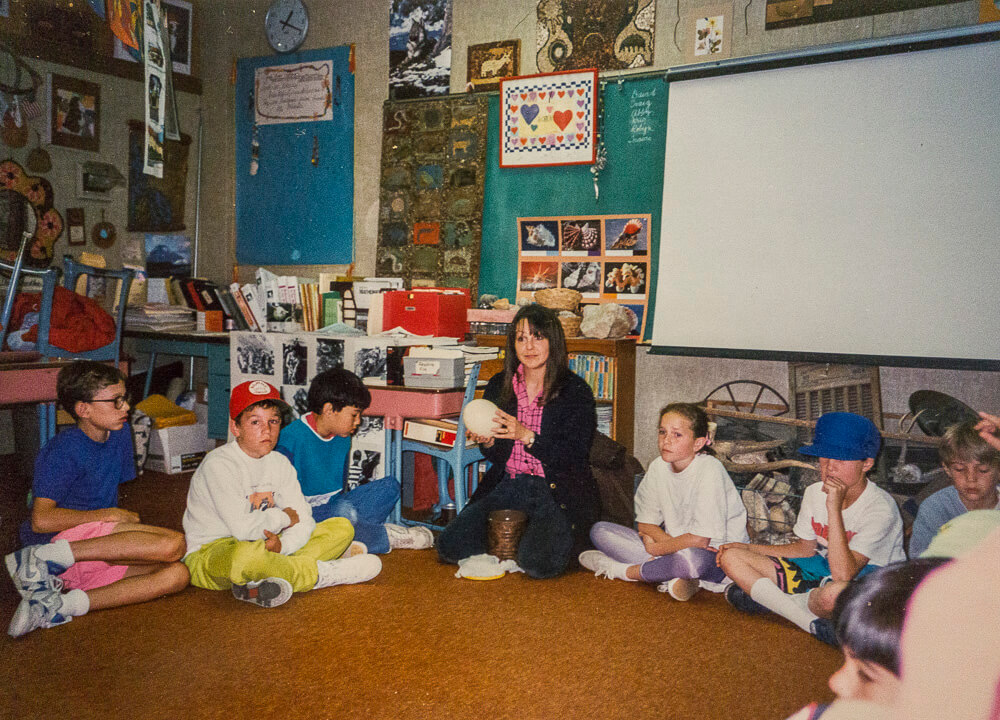 Apprehensive, Cathee handed him a carton of hollowed eggs, and he immediately broke every single one in one fell swoop. Now skeptical, Cathee handed him another egg and noticed that something inside the boy changed almost instantaneously, as if he knew how to handle the delicate specimen all along, he just needed to learn that what he was handling was breakable.

“When we realize something is fragile we already know how to take care of it,” Cathee said. “We don’t often let kids handle fragile things and that was the heart of the program.”

This interaction first planted the seed in Cathee’s head for what would become the Egg Painting Compassion Project, but it wasn’t until Terry Yagura, founder of Arts for the Schools, reached out to Cathee in the early 80’s that the idea for the program began to bubble.

Terry asked if Cathee had ever worked with kids and if she would be interested in creating a program for the Truckee Tahoe Unified School District. Living in Meyers at the time, Cathee politely declined, but always kept the idea in the back of her head. In 1987, fate made it possible for Cathee to move to Truckee because, ironically, it was the only place she could afford to buy a home. She called Terry, started developing the program, and the rest is history.

But, what exactly is this unique project, you may be wondering?

The ten-lesson class takes students on a journey one might think impossible based solely on using so many different types of eggs as teaching tools. The Egg Painting Compassion Project is a holistic exploration into the world of fragility, strength, and caring — each day’s goal is to finds a child’s inner genius. Students paint a scene on a chicken egg and then write a poem based on what they drew. 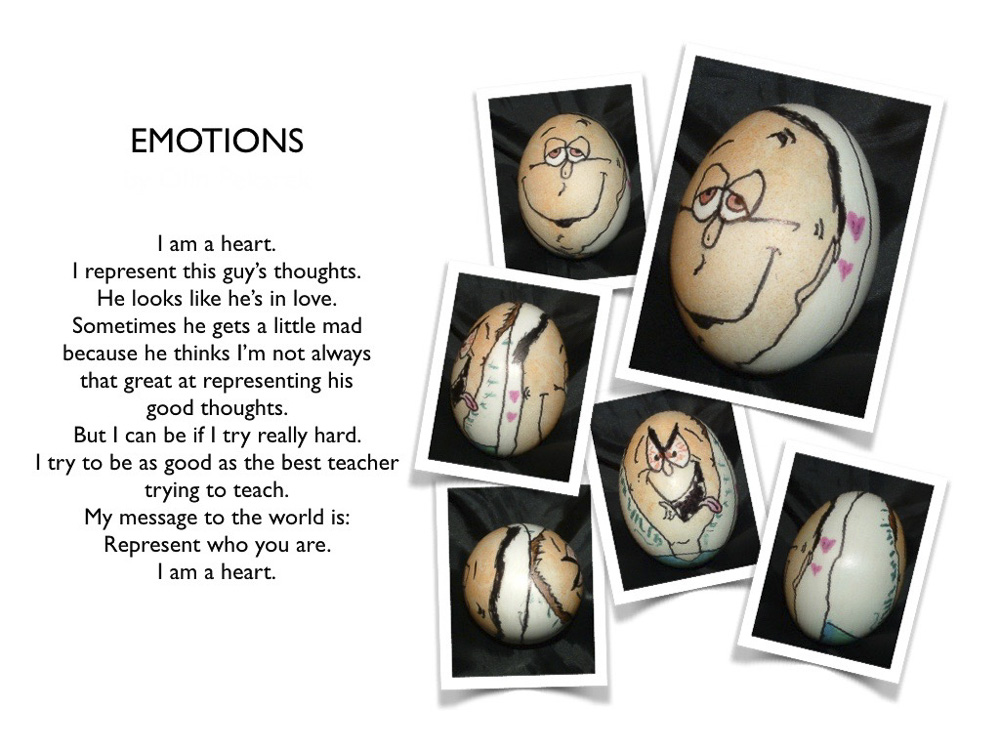 For example, one lesson focuses on the environment and how eggs are indicators of the health of the surrounding ecosystem. Another teaches empathy through the basics of oral storytelling.

One of the most important parts of the project for Cathee is to make the students feel like their work is being presented in a professional way (see Beatles Night on p. 42) and so she puts a lot of care and detail into the presentation of the student projects. But this professional quality presentation requires a costly budget.

Funding for the project has always been a bit complicated. Cathee began writing grants to the California Arts Council, who has been very receptive — the Compassion Project has come to be known as a “model program” within the council. The parent teacher organizations also help financially, but Cathee has still used a lot of her own out-of-pocket money to fund the project. This year, for the first time, a gofundme page was created with the goal to raise $10,000 — just a fraction of the estimated cost of more than $24,000 to complete the project at Glenshire, Kings Beach, and Tahoe Lake Elementary schools. Broken down, this means the project costs roughly $99/student.

It seems students who experience the program only have positive things to say. “I don’t think I ever spoke to anyone who didn’t say this project was the coolest thing,” said Nick Meyers, who participated in 1999.

Nick, who is now living in Los Angles as an aspiring screenwriter, credits much of his love for stories to Cathee’s program. “Her imagination is unbound,” Nick said. “and she taught us all a higher level of empathy.”

Cathee and Nick’s relationship was especially interesting because she took Nick under her wing as a mentor after the program was complete. He remembers the feelings of realizing the tremendous amount of work Cathee would put into an egg and his shock when she would hand it over to fourth graders to handle. “She taught us that when you break something it is hard to put back together,” Nick said.

The Power Behind an Egg
Sports & Outdoors / Wellness
6:00 pm

The Power Behind an Egg
Event Type / Food & Drink