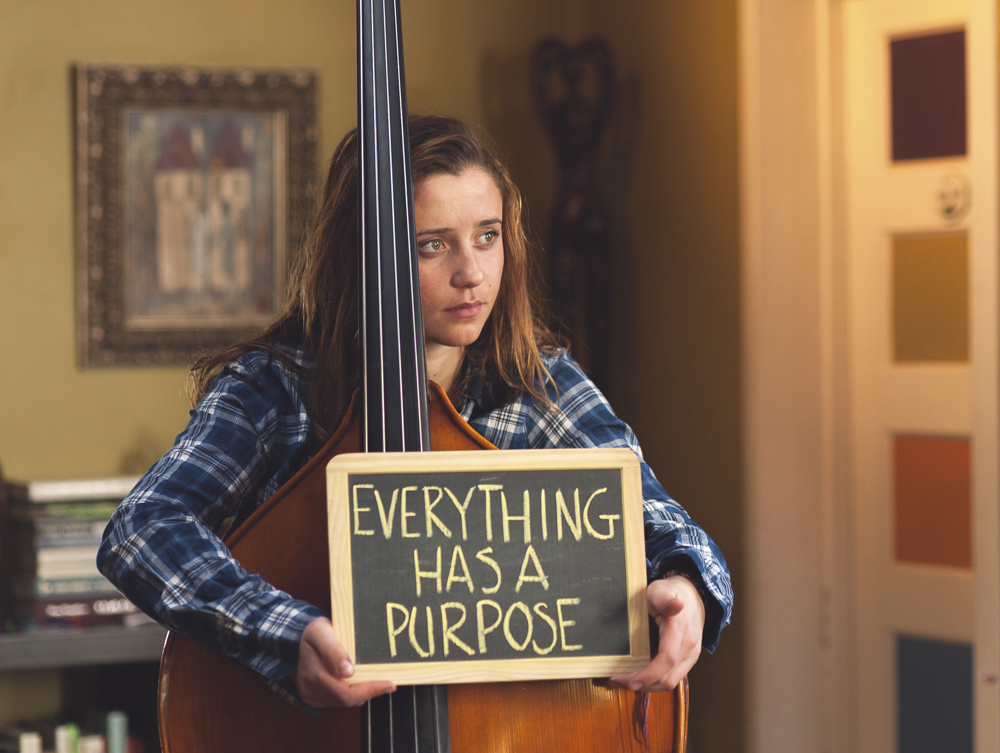 Photographer and potter Ramsey Etchison, 47, didn’t know he was going to create a project that would bring the community together. He was just sitting at his computer at home in Glenshire a week after the election, reading about politics and the hurtfulness of discrimination.

Ramsey, who has lived in Truckee for 16 years, felt his anger rising inside him and he knew he needed to do something — and do it quickly. So, he took his camera downstairs to where his wife, Alanna, was making pottery, and asked her if he could take her picture. “She could walk the streets,” Ramsey explained, “and people would assume she’d been American for generations. But really, her mom came here from Nicaragua and her dad was an immigrant from Ireland.”

Alanna’s picture led Ramsey to create “Generation Book Truckee,” a project that isn’t motivated by anger about the election anymore. Ramsey wants to make it possible for people to know about their community, so he takes people’s pictures, invites them to express themselves, and helps us recognize that everyone’s roots extend across the planet.

Many people ask him to be a part of his project. So far, Ramsey has taken 30 portraits in about six weeks. Every week, he posts one or two pictures, including family histories, to the project’s Facebook and Instagram accounts. You can follow him @generationbooktruckee.

For my interview with Ramsey, I went through the process of being his subject. Each step brought me closer to understanding the relationship between individuality and being part of family and community.

First, Ramsey told me to think of a message that he could write on a hand-held chalkboard for my picture. Ramsey writes the messages in order to keep the letters consistent, well spaced, and spelled correctly. I didn’t feel pressure but it was challenging to narrow myself down to one thing. I brainstormed everything I loved and then found the common thread: “Everything has a purpose.”

Second, I mapped my roots. My mom told me stories of family who came here from Croatia, Scotland, Poland, and Russia. I never realized my Polish great-great-grandfather, Esy Rubenstein, was a junk peddler. He also must have thought everything had a purpose.

Third, the picture. Ramsey is a portrait artist. For him, the most important and challenging part of this project is taking good pictures. The uniqueness of individuals inspires him: different faces, hair, and ways of standing. He works hard for good pictures. Before our shoot, Ramsey and his daughter Indigo, 6, scoped out a spot near Glenshire Bridge. When I met him, Ramsey had his light diffuser, sand bags to anchor the diffuser in the cold wind, and two different lenses. For fun, we tried a different location a few days later (my living room) and added some props (my bass). I was a little self-conscious in front of the cameras, but Ramsey let me play some music while he shot and he also gave me clear directions, like, “Close your eyes … take a deep breath … let it out slowly. When you open them, be relaxed … yet stern … and gradually soften your face into a smile.”

The way Ramsey taught me to relax in front of the camera is the way communities should act with each other: if someone feels discomfort we should be there to make things comfortable again.

Ramsey could easily find one backdrop and take 15 people’s pictures in an hour. But that feels too much like a job. He prefers to spend an hour or two “engaging with one person and making the shots singular and different.”

For the interview, Ramsey and I drank tea at his house. I admire most how he’s open. Open to other people’s ideas and how the project might grow. “Hopefully,” he said, “this will evolve into something where people will bring their own art vision to it.” He doesn’t trap his project with lots of rules and expectations; instead, he guides it gently, as we should one another.

From Ramsey, I learned that together we can make a strong community, but we all start as individuals.