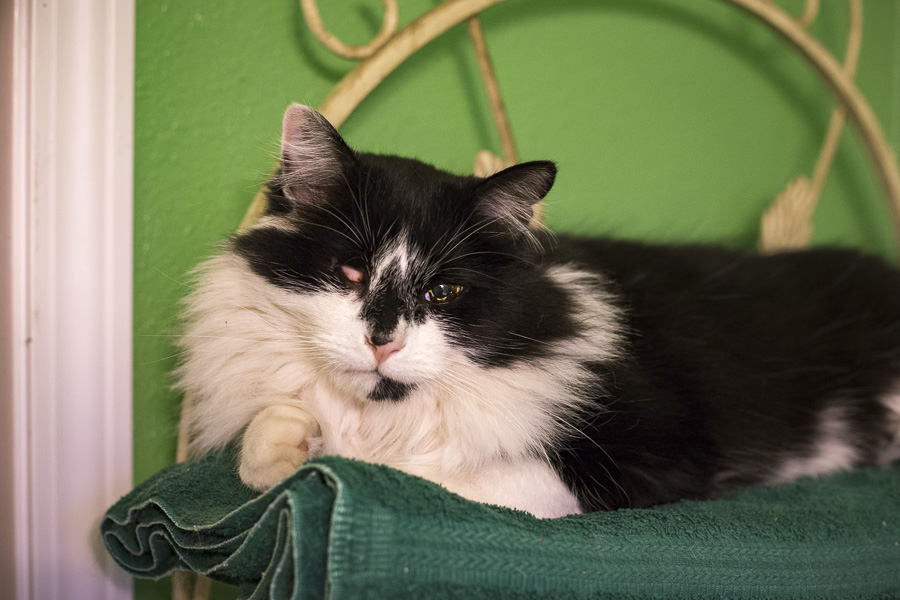 It seems to be a given that we as humans are able to choose our animal companions. For Kings Beach resident Melissa Cox and her son Cash, it was the animal that chose them. Willy, the feral cat mysteriously lacking his right eye, would spend weeks on end sneakily making appearances in their backyard; sometimes by sitting on the fence and sometimes appearing only in the form of potent urine on the deck or windshield of the car. 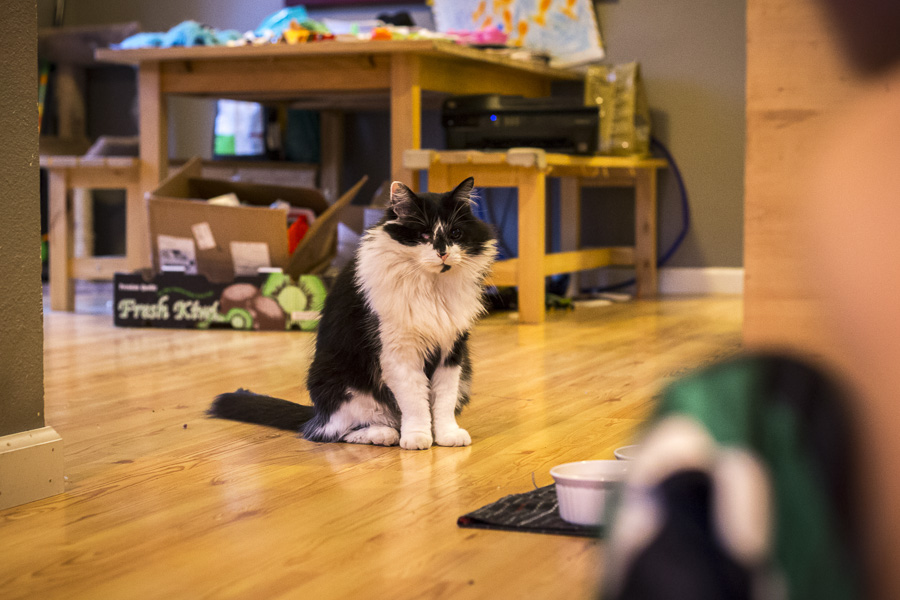 “I wanted to kill him!” Melissa said, laughing. “I really just wanted to capture him, have him neutered and set him free.” Upon a successful capture and a trip to the Pet Network Humane Society, it was determined that Willy would likely be an easy target for predators if he continued to live outdoors, and therefore, the decision to neuter was a difficult one, being so costly. “Essentially what they were saying is they wanted to put him down.”

Not having the heart to see Willy’s story end in euthanasia, Melissa made the decision to keep him — something she would soon learn was no easy task.

“I would spend an hour with him every night in the bathroom, sitting on the floor with my iPad, making sure not to look him in the eyes, for about 4 months straight.” As the second cat Melissa has rehabilitated, she learned avoiding eye contact makes them feel less threatened. Finally, after a few arm-numbing scratches and a lot of time wondering if he’d ever come around, one night Willy came over and sat right in Melissa’s lap.

“I love how affectionate he’s become,” she said. Since his days locked in the bathroom, Willy has gradually made transitions into the whole house, and has joined the family along with Melissa’s other cat and chihuahua.

“He follows me everywhere now! The only thing I still wonder about is how he lost that eye?”