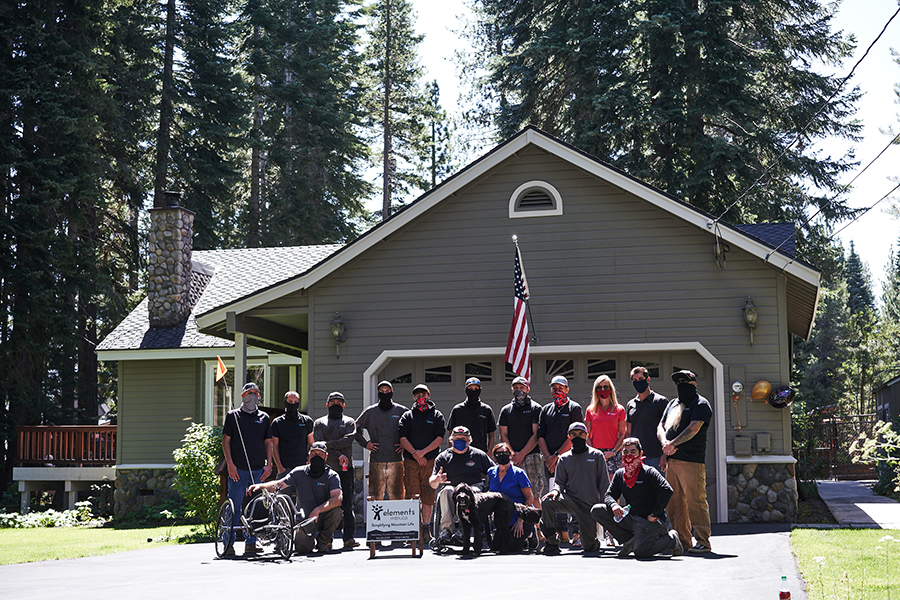 Mark Wellman’s wheelchair glided between the grill and a serving table filled with a feast fit for a bunch of hard-working guys. A short time later, about a dozen such guys filed into Wellman’s meticulously manicured Tahoe Donner backyard, bringing their appetites with them.

Once they were all refueled, it was time to head back to work — but not without a quick photo-op and a few words from their hosts, Wellman and his partner, Carole Praxmayer.

“From the bottom of our hearts, you guys were awesome. It was a huge thing for Carole and I to have this home makeover,” said Wellman, winner of Elements Mountain Company’s second annual contest. “Our business was really affected by the whole COVID thing … We’re so excited about the work and how the house looks.” 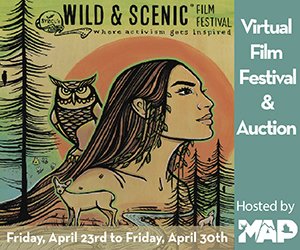 Nominated by a neighbor, Wellman and Praxmayer’s home was not in great disrepair but more in need of a little TLC. Over the course of two weeks, various Elements crews sanded decks, split four cords of firewood, sealed the driveway, power-washed and repainted the house, and even spruced up their dog Ranger’s abode, painting it to match their own house.

“We were so honored to be able to do this for you,” Elements co-owner Matt Warren told Wellman and Praxmayer. “I was so excited that your neighbor nominated you because this was the spirit of this whole home giveaway … to help people. It was a needs-based program [to] help people that are in need and can use a little helping hand.”

“Or helping legs!” one of the guys on the crew shouted from the sideline, met with a good round of laughter.

Wellman, a former Yosemite park ranger and lifelong climber, was paralyzed in 1982 from the waist down in a John Muir Wilderness climbing accident that he described in his memoir as “bouncing like a pinball down the rocky chute.”

SMILING EYES: Mark Wellman, Carole Praxmayer, and their dog, Ranger, hosted the crew from Elements Mountain Company as a thank you for all their hard work after winning the second annual home makeover giveaway. Photos by Wade Snider/Moonshine Ink

The drive that led him to rock climbing in the first place played a key part in overcoming the adversity of the accident, and Wellman went on to become the first paraplegic to climb Yosemite’s famed El Capitan and Half Dome. His list of athletic achievements puts to shame those of most people with two working legs, illustrating his ambition to break barriers and conquer any limits in his path.

Also known for his extreme downhill skiing and whitewater adventures, as a member of the U.S. Disabled Ski Team, Wellman twice competed in the Paralympics. He even stunned attendees when he ascended a 120-foot rope (while bearing a flaming torch) and lit the cauldron at the opening ceremony of the 1996 Paralympics in Atlanta, Georgia. In 1993, he became the first paraplegic to sit-ski across the Sierra Nevada, using his tremendous arm and upper body strength to power 50 miles.

Wellman now travels the country as a motivational speaker, inspiring disabled athletes to continue to chase after their dreams. He’s also a noted author and filmmaker and brings his portable climbing wall to disable events around the nation through his company, No Limits. Like so many others, however, his business has taken a hit from COVID-19.

“This pandemic killed our business,” he said. “Killed it. Everything got canceled.”

So winning the home makeover was a bright spot in these continued dark times.

“We just really appreciate it,” said Praxmayer, who went all out in creating quite a spread to feed the hungry workers as a show of appreciation.

Wellman noted his gratitude for winning the makeover and for the crew’s hard work. “It’s awesome what you guys do … It feels like you guys have this whole family kind of atmosphere and it’s just really great,” he said. “This is the least we can do for what you guys did for us.

The Good, The Bad, and the Dirty