On June 2, longtime North Tahoe High School Band Director Dean Nordby did what he’s done several times a year for decades: lead his group of high school kids in a concert for their parents and community. But this was his last concert before retirement, and his alumni had a surprise for him. Forty former students spanning his career came together to have him conduct them in a performance.

“I had absolutely no idea. I didn’t realize something was up until they were all coming in with their instruments,” Nordby told Moonshine Ink. “They handed me the score and said conduct us one last time. Behind the scenes the Fan Club members had been getting together for months to get prepared for it. They called it my Mr. Holland’s Opus moment, and then they played really good.”

Nordby began teaching in 1990 at what was previously called the North Tahoe Intermediate School, now North Tahoe Middle School, before moving on to the high school, from where he had graduated years earlier. 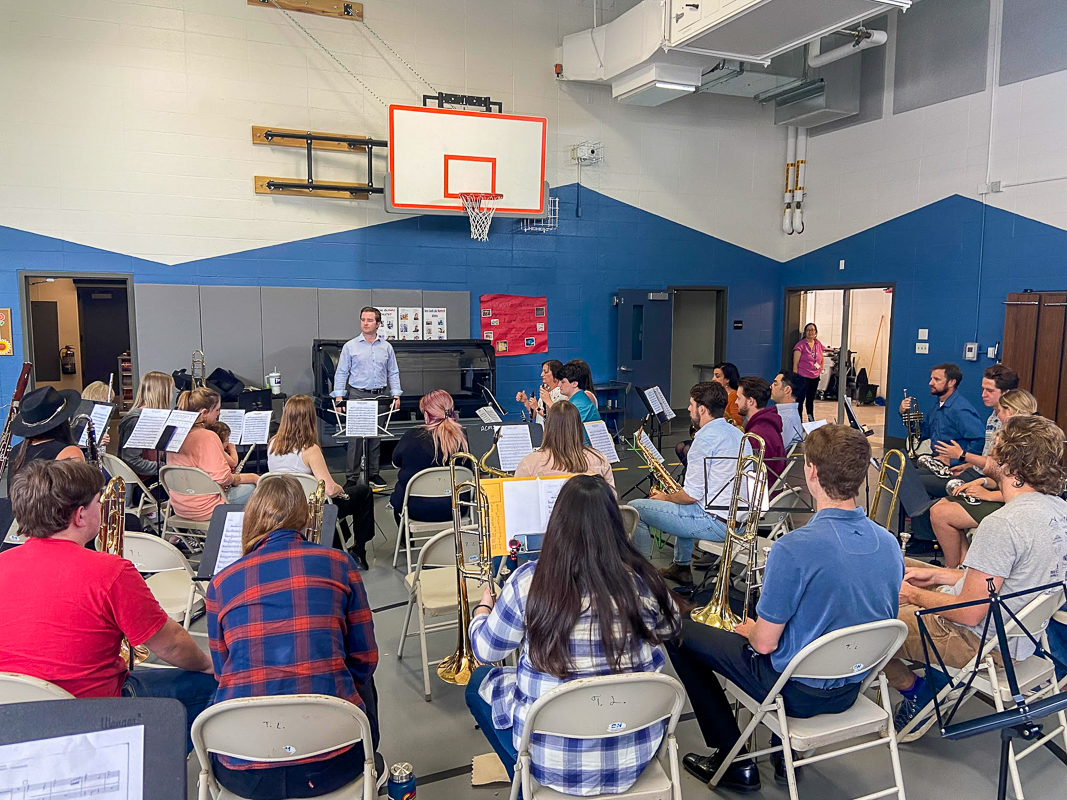 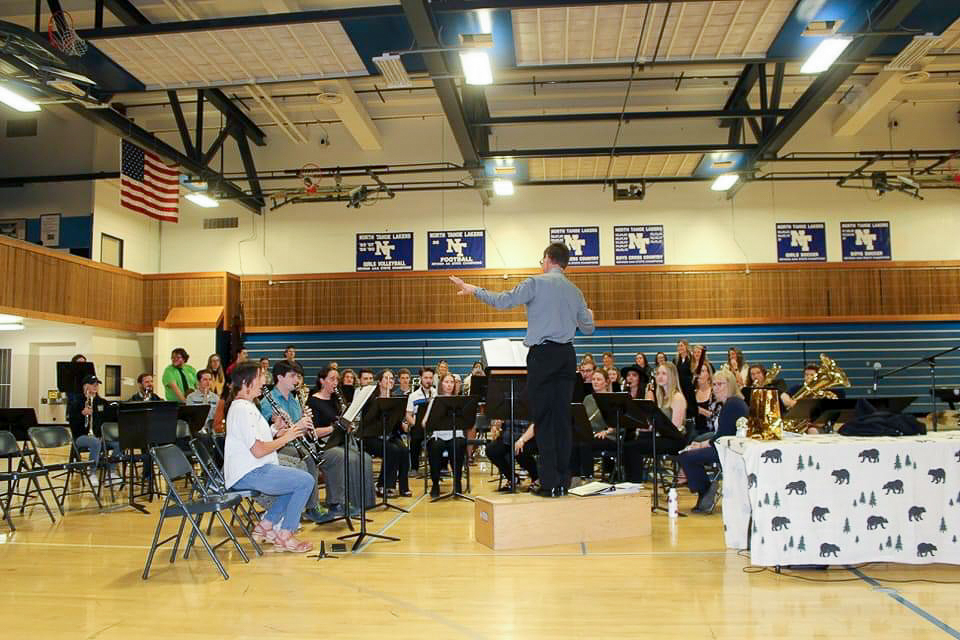 The impromptu band of alumni traveled from all over the country to give back to their former leader. They managed to keep this special performance a secret for several months, only rehearsing together earlier on the day of the show at Tahoe Lake School.

“He had such a profound impact on people’s lives. It was the least we could do,” said Hill, who has been teaching music at Los Gatos High School for the past four years but is set to move to New York City to teach and perform there. “It was so special. We were able to give Dean a custom baton engraved with his name and a score signed by all of us of Frank Ticheli’s Amazing Grace. This performance culminated in an incredible celebration of Dean and his dedication to the students and to music at North Tahoe High School.”

Some teachers retire never knowing the impact they had on their students throughout the years. Nordby, however, can feel confident that his teaching, and perhaps equally as important his being a mentor and role model, truly had a powerful and sometimes transformative impact on his students.

“I realized that the things in my life that I cherished the most had to do with the support he gave me,” Iverson Rose said. “He connected with students in a way that other teachers didn’t. We felt we were supported by a real adult human, and some people didn’t have that support and it was pretty rare. Now we focus on mental health in schools, that focus wasn’t around when I was a teenager, but he always had that connectivity with the students.”

Iverson Rose specifically recalled that “in heavy moments he knew how to help us through it. I remember being in class during the attack on 9/11. As the second tower was falling, he was a support person at a really hard time. I remember feeling I was in a safe place.”

As part of the tribute for his retirement, former students sent Nordby a collection of short videos. So many wanted to join that it ended up being a 45-minute-long production, with all of the contributors beaming with excitement at the opportunity to tell Nordby what he meant to them.

Over and over the former students would say to him:

“You were my most influential teacher.”

“You inspired so many people.”

“You were instrumental to my life, and I’m deeply, deeply grateful.”

“Loved going to school because of you.”

Many of Nordby’s former students have gone on to careers in the music world, including one who plays trumpet professionally in New York City and recently played during a live concert with The Who. Nordby’s impact was not just on creating musicians but also in creating good people.

“You cared about us as human beings, to ensure we turned into amazing adults and gave back to society,” Hannah (Hauserman) Luppino, who now works for the Gary Sinise Foundation (and is the daughter of this reporter), said in the video.

Nordby and his wife, Beth, a longtime elementary school teacher in North Tahoe, have acquired a place in Prescott Valley, Arizona, where they will be spending their winters, while returning to Tahoe for the summers.

“It has been very humbling,” Nordby said. “I talked to the students like they are not just students, gave them a safe place to go and speak their minds, and I would just listen. They gravitated towards that. The band room offered that. It is inspiring that the program helped them.”

Watch the full video of the final performance at youtu.be/nLTkec60w3o