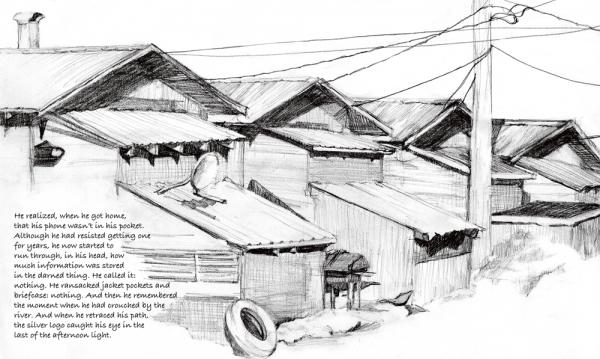 On Oct. 24, Truckee Police Officers Sergeant Danny Renfrow and Sergeant Lisa Madden found my lapdog in our stolen truck, abandoned in a neighborhood in Reno. Our truck was taken from our street three days before. My parents started the engine, put our dog in the front seat, and came back inside to say goodbye to my sister and me. After two minutes, they went back outside to see our truck was gone. At first, I was so shocked I couldn’t think.

As each hot day and cold night went by I became more afraid for Albus; and I admit I lost hope. But then, on that lucky night, Sergeant Renfrow called and said, “We have your dog. He’s alive. He’s drinking water. May we give him some crackers?” These are simple sentences I will never forget.

When I look back on that time, I see the contrast between the types of people you can be in this world. In the same week that two strangers changed our lives for the worse, two other strangers changed our lives for the better. Honestly, I don’t really want to know the people who took our dog and our truck, but since that phone call, I’ve wanted to know the people who found them. I want my community to know them, too. 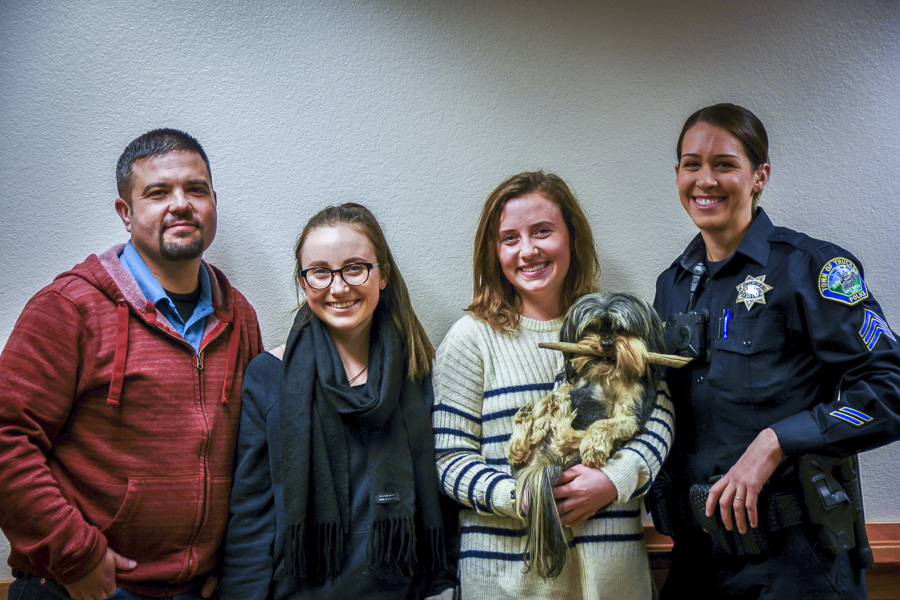 Sgt. Renfrow, 42, is married with two children. He grew up in Nevada City and was intrigued by the stories his family told about working in law enforcement. As an athlete, he knew he didn’t want to work at a desk; he was drawn to the “uncertainty and potential for excitement of being in a patrol car.” Renfrow believes that his experience in sports helps him to be a good police officer; he and his coworkers collaborate, and when he needs a fresh view of a case, he golfs!

“Trying to right a wrong and the overall challenge of solving crime,” Renfrow says, “is my driving force in police work.”

Like most of us, Renfrow knows what it’s like to be a victim and feel fear. His car has been broken into and vandalized, and there is one case he remembers that was very frightening. A few years ago, he answered a call from a homeowner who said a burglar was inside their home. When Renfrow arrived, the intruder started firing bullets at him and his team. Because the victim hadn’t been located, they couldn’t fire back. It was cold and dark. Renfrow and the others hid behind large trees until dawn when air support could come.

Losing Albus wasn’t the same as being shot at, but my experience taught me that the fears I feel in life have the possibility to turn into unforgettable relief. As Sergeant Renfrow says, “I’ll never forget the time I opened that rear door to find your dog alive.” And I will never forget the feeling of getting their call when they told me so.

Sgt. Madden, 35, is married with two children as well. She grew up in the Bay Area and went to California State University, Long Beach. She was planning to major in accounting, but after taking a criminal justice class her dream changed and she became a private investigator, and later, in 2010, a police officer in the Truckee Police Department.

Madden feels fortunate to work in Truckee, surrounded by “honest, hardworking citizens who truly care about their community.” Having recently been promoted to Sergeant, she works the nightshift (5 p.m. to 3 a.m.). When she leaves for work she tells her 4-year-old son she going to “protect people and arrest bad guys.” In his world, that’s what she does, but as simple as those words sound, it takes courage, confidence and dedication to deal with all the unknowns Madden says are associated with each call. “Somehow we are able to put our fears aside,” she says, “and face the dangers so the citizens we serve remain safe.”

Like Renfrow, Madden has also been a victim, and she says it’s a terrible feeling. Relating to the way people feel during those situations might be one of the reasons she never gives up on any case — including my family’s.

On the night my dog was found, Madden and Renfrow had an idea where the truck was. They separated in the dark to search neighborhood streets and then Madden got a call from Renfrow that she says she’ll never forget. He said he found the truck and when she asked if Albus was alive, he responded, “Yeah!”

When I met Sergeants Renfrow and Madden, I could tell they both loved their jobs. They shook my hand with professional confidence and their kind-hearted, happy energy surrounded us. I could see how they made a good team investigating my family’s case, so I asked them what they admired about each other’s work style.

“Sgt. Renfrow thought outside the box.  He continued to organize and delegate tasks, so we could efficiently work together to find Albus.”

“Sgt Madden is meticulous and thorough. I am confident in her investigative abilities and I know she will work hard to explore every possible angle to resolve cases.”

I am grateful for all the people who helped my dog live, including Detective Chase Covington, for his vitally important investigative work. I am happy I could use this opportunity to share a simple glimpse into two of the incredible people who protect our community.

The Sky’s the Limit