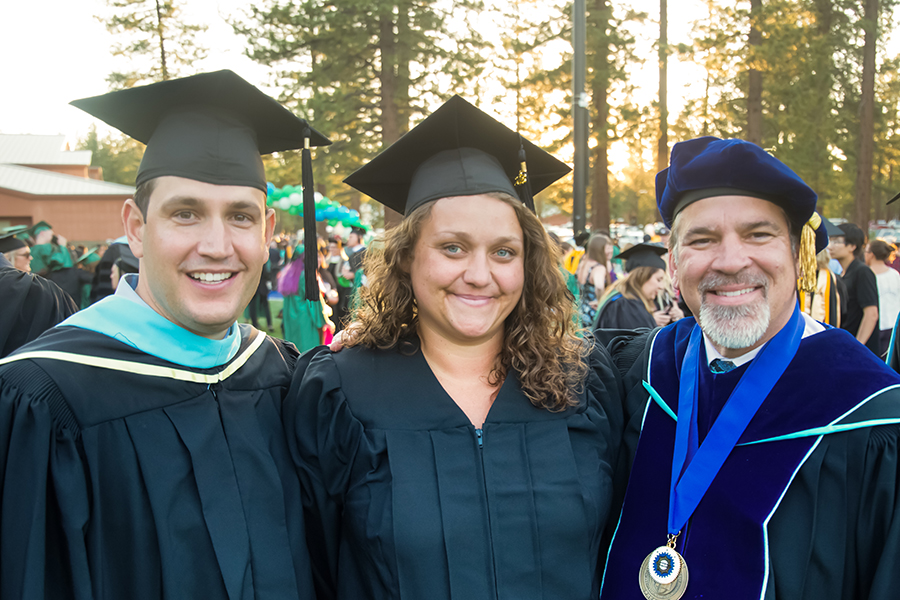 For those who live at the lake, the phrase “another day in paradise” carries the positivity that Tahoe fosters. Living in paradise is something of a trade-off when it comes to completing a four-year education, though. There is no doubt that higher education is the gateway to opportunities and higher wages over one’s lifetime. There also is no doubt that people who choose to live in Tahoe are serious about the life they lead here.

“Lake Tahoe is a premier California destination, and it deserves a college to match,” said LTCC President Jeff DeFranco. “Thanks to Mrs. Maloff’s generous support, we are laying the foundation for a 21st-century learning environment for our students.”

The partnership between community colleges and the four-year-private Sierra Nevada College has been a goal of the school’s 13th president, Alan Walker, who launched an initiative to offer four-year-degrees on remote campuses shortly after he took office in 2015. He calls the program Project Eagle, and it has succeeded with generous help from philanthropists Robert and Robin Holman. “Expanding opportunities for students to pursue higher education is not just good for SNC and for our economy, it’s good public policy,” Walker said.

Each of them had delayed their education for a variety of reasons. Jesse, born and raised on the South Shore, was caught between the love of his home and the idea that a four-year education presents a world of opportunity.

“I had actually gone down to Rohnert Park near Santa Rosa,” Kilow said, “I just wasn’t really enjoying living in that area, and I was really missing Tahoe.” At the same time, while he held several associate degrees, Kilow acknowledged that it’s clear that over their working lives, holders of four-year degrees earn nearly $1 million more than those with only a high-school diploma. “I wanted to have something that would expand my opportunities in life going forward.”

Lindsay Lipp moved to Tahoe from Hawaii 12 years ago. A year later she was expecting her first child. “I just sort of went into raising him and going to work,” Lipp said. “I think I knew I just didn’t want to keep doing minimum wage jobs, and education was the way to fix that.” Lipp graduated from SNC with honors, was a valedictorian candidate, and was in the top 1 percent of graduates in her class. She has the higher-education bug now, and will continue with a graduate degree from the University of Nevada – Reno’s MBA program.

Amber Nachreiner has worked in South Lake Tahoe’s food service industry for years. “I started at the bottom, as hosting, and over six years I’ve worked my way up to management,” she said. She has a 2-year-old daughter who keeps her very busy. Now, she is looking at moving into real estate marketing or helping with the business side of her fiancé’s videography business. With the barriers of schedule and commute removed, Nachreiner says she feels that there was no excuse for delaying education any longer.

Haily Mitchell joined the program after she was already accepted to attend UNR in the fall of 2016. When she heard about the program at LTCC, she took the opportunity to avoid the commute and stay in her home. “My mom owns a business here in town, so I can help her,” she said.

Currently, Sierra Nevada College operates two remote centers at community colleges — one at LTCC and the other in Reno at Truckee Meadows Community College. Negotiations for more centers are ongoing.

Information about higher-education programs at LTCC can be found by visiting www.ltcc.edu/4year.

Life at the Lake, Education Included
Sports & Outdoors / Wellness
10:00 am