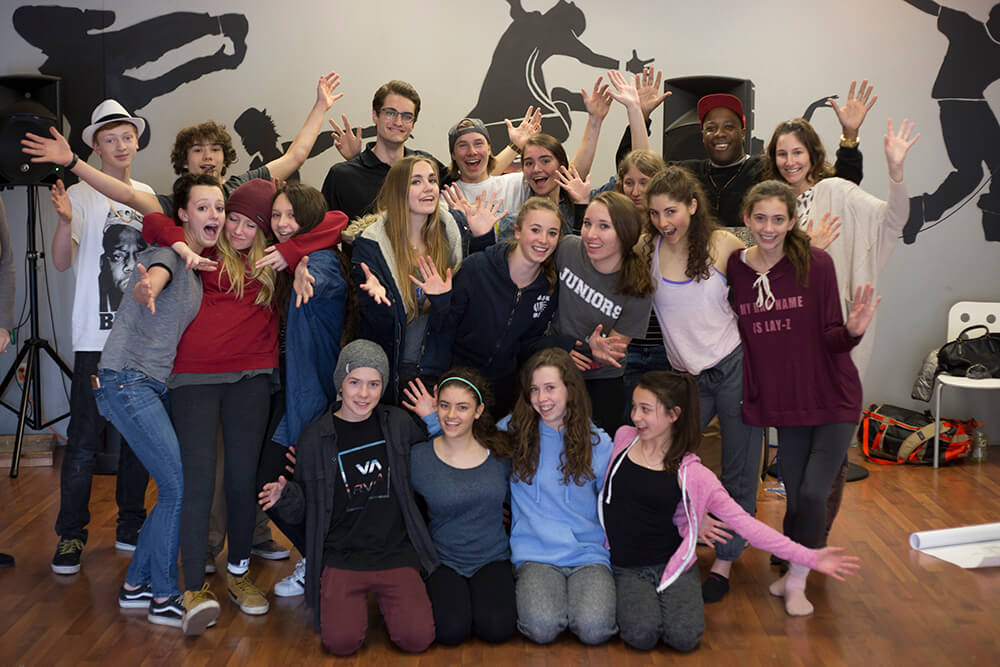 People just don’t get it.

Somewhere in there my brain isn’t working right

My body doesn’t know how to feel happy.

They don’t know what it is.

I’m just one of those people whose brains turn on them,

Try to kill them.

~Monologue from Giving Voice, written and directed by Madeleine Almond, 17

A group of around 20 middle and high school students have been meeting at InnerRhythms Dance Centre in Truckee every Wednesday after school since September. Why, you may ask, are these teenagers taking this time, when they could be hanging out doing stereotypical teenage stuff? They are crafting a performance giving voice to the signs associated with suicide.

The aptly named performance, Giving Voice, is a community collaboration between the school district, InnerRhymns, Tahoe SAFE Alliance, Placer and Nevada counties, and Tahoe Forest Health System. But really, the performance is all about the students, who are in charge of organizing the show in its entirety.

When completed, the performance will be the brain child of four incredibly talented teenagers: Madeleine Almond, 17; Kassidy Commendatore, 16; Keely Hoyt, 16; and Dylan Zellers, 17; all students at Truckee High School.

“Everybody knows somebody or is somebody,” Hoyt said after a Giving Voice rehearsal. “And it is not just students.” Hoyt continued, “There have also been a few dads in the community [who committed suicide].”

Giving Voice helps to make the signs of a suicidal person more obvious to the average Joe with an unconventional approach. At the performance’s heart is the idea featuring the warning signs associated with suicide, in the form of shadows played by actors clad in all black, representing internal conflict.

“We have all heard ‘you can do this, it is going to be OK’ in plain English,” Zellers said. He explained that this performance’s approach — the students like to call it a performance rather than a play — is a symbolic metaphor that uses acting, dance, live art, poetry, and singing, in hopes that one of these mediums will resonate with the audience.

“I have the opportunity to take dance, something I love, and use as a different language to communicate,” Zellers, one of the performance’s choreographers, said in explaining that the end goal is to show, rather than tell, that things are going to be OK.

The performance was funded through grants applied for by Elizabeth Archer, the Founder and Artistic Director at InnerRhythms. Upon receiving the necessary funding, Archer posted a bulletin in the local Truckee schools calling for participants. The student desire to become involved was tremendous, and the program was born.

The first installment of the performance will have two showings on May 24, one during school hours for the students, and another in the evening for members of the community. Should the shows be successful, the group has plans to take the performance on the road to venues such as the Tahoe Art Haus & Cinema and North Tahoe High School.