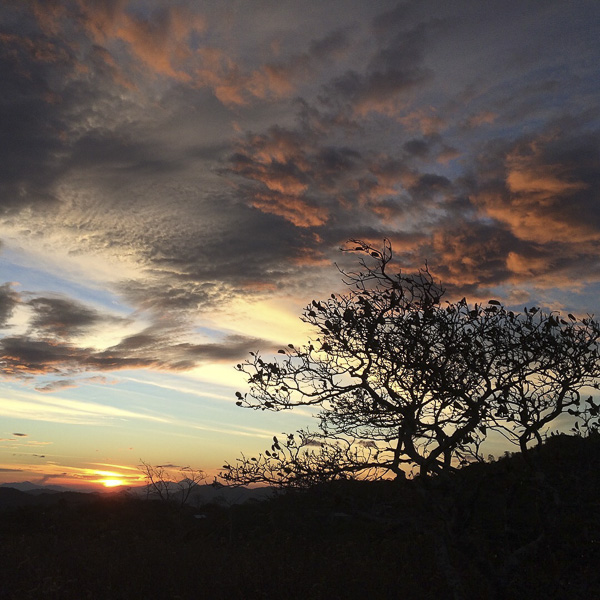 My first introduction to Central America wasn’t going well. Attempting to understand the situation with my limited Spanish, I watched on as irritated Nicaraguan customs officers debated with my two travelling companions. We were still in the airport and Anna, the only one of us who spoke fluent Spanish, was desperately trying to convince them that Khaled, an Iranian citizen studying in the U.S., should be allowed into the country. Despite Khaled’s previously positive correspondence with the Nicaraguan Embassy, assuring him that his visa would be granted, the customs officers weren’t swayed. 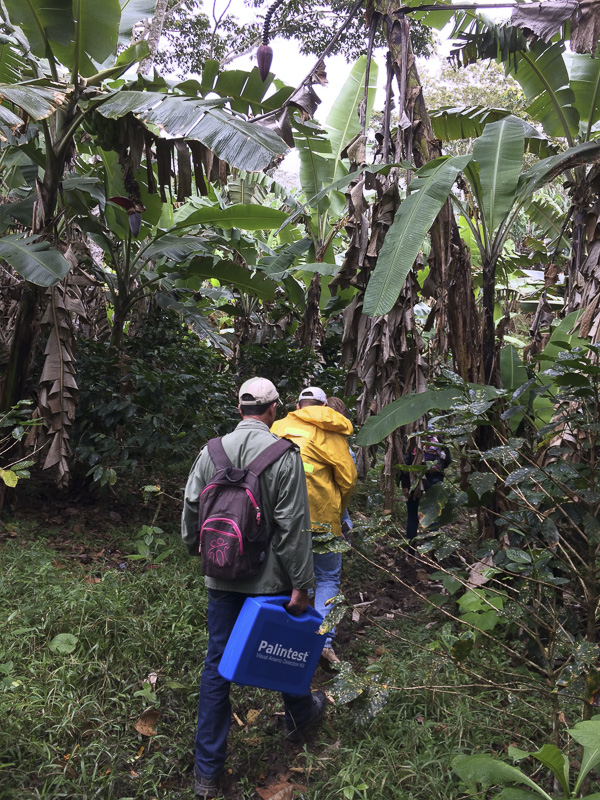 After a few short minutes consisting of many a frustrated porque no, Khaled was whisked back upstairs, and (as we later learned) right back to the States on the plane we’d arrived in. He’d had just enough time in Nicaragua to learn me llamo Khaled, and to relieve himself of the food he’d eaten on our 15-hour journey from Reno. I gave myself a moment to smile, contemplating Khaled’s fitting gift for a country which had given him such shitty treatment. The smile was short lived. 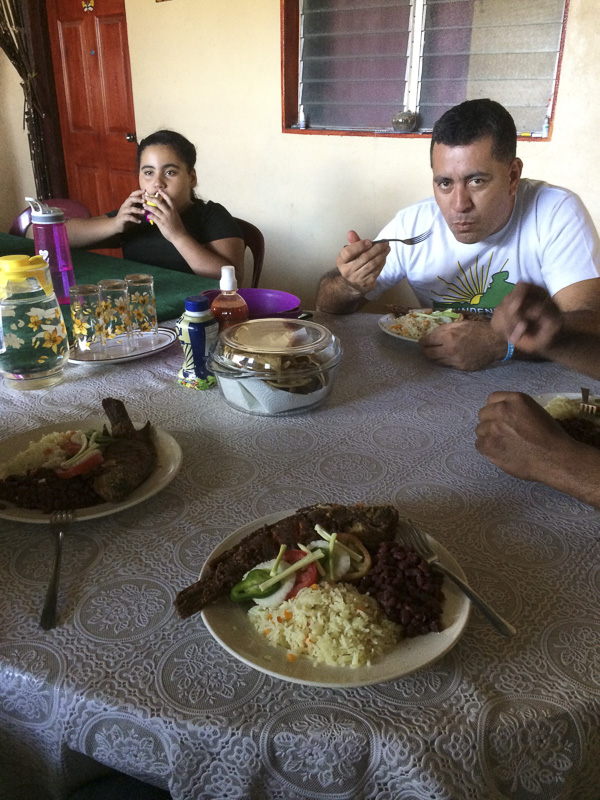 Aside from being upset at Khaled’s deportation, Anna and I had more hurdles to overcome. Our goal for the next two weeks was to travel north to San Isidro, a rural community of about 15,000. There we planned to work with Emerging Opportunities for Sustainability (EOS), a local Non-Governmental Organization (NGO) which employs around 10 Nicaraguan citizens. EOS focuses on improving the lives of rural Nicaraguans, through projects revolving around health, economics, and clean water. As hydrology students at the University of Nevada, Reno, we had connected through their agua limpia (literally meaning clean water) program, which was the reason for our visit. It’s estimated that as many as 800 rural Nicaraguan communities don’t have access to agua limpia, and EOS is attempting to change that. Our goal for the trip was to improve the NGO’s water quality testing program, by bringing additional supplies and knowledge, and to help streamline the related data collection process.

Still in the confines of the airport, our next hurdle would turn out to be a lot easier than expected. 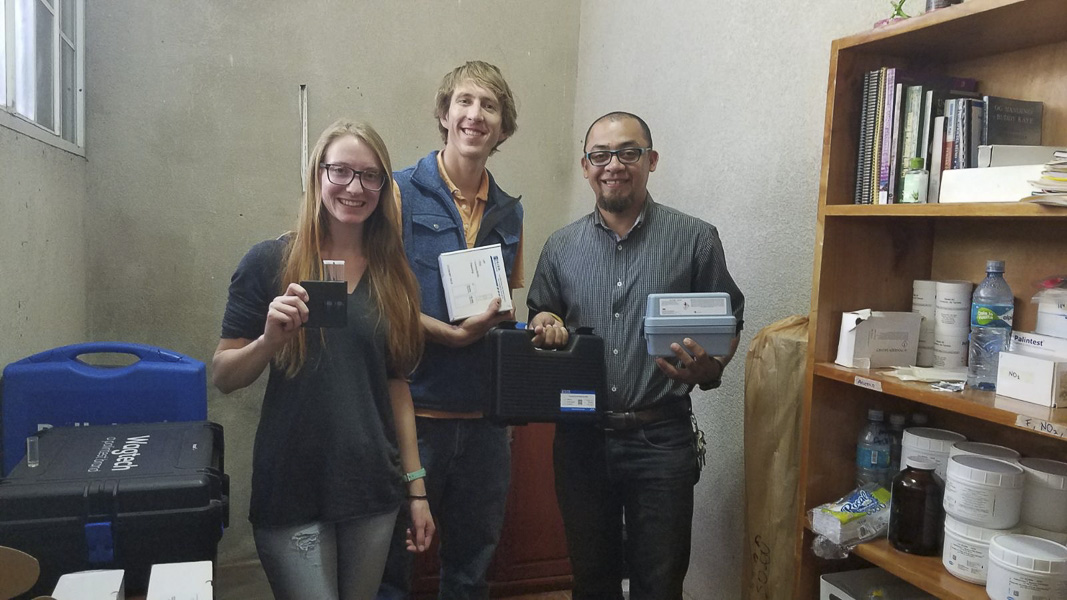 Due to a deteriorating relationship with the U.S., Nicaraguan customs can be tough (or dishonest with expensive items), and we had a lot of nice water quality testing gear; an entire suitcase full of chemicals, technology, and other suspicious looking things. Like smugglers, we had fully hashed out a plan, and gone over potential scenarios for what to say and do if questioned. As student volunteers, our main concern was being charged a hefty import tax, and so I had even printed off a fake invoice (which featured substantially lower prices on our equipment).

Originally, we thought we’d disperse the gear amongst the three of us in the airport, and then casually filter through the bag check with all the other people on our flight. The hope was that our supplies would then be dispersed enough to not be notable. 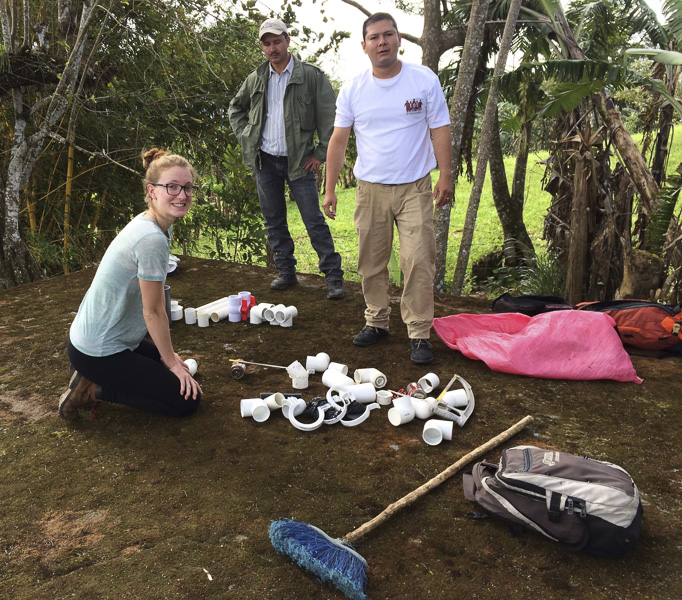 With Khaled’s unexpected departure, our plan was out the window. Not only were we one person short for our equipment dispersal, but we had seriously failed at being low-key. To make matters worse, the dispute took enough time to allow everyone else to leave the airport. Our bags would be alone in the scanner for their inspections.

Amazingly, a glitch in the Nicaraguan security system saved us, and made the whole process substantially easier than we expected. Our suitcase of supplies had been last on the baggage carousel, and was pulled off by airport employees, who took the bag to the front of the airport. There, it was left at the airline front desk for pickup, without it ever getting scanned or checked! After a brief scavenger hunt for the suitcase, we were reunited with our gear, happy for at least one thing to work out!

Walter, a friendly EOS employee and Nicaraguan native, was there to pick us up. With heavy hearts, we told him about Khaled’s deportation, and apologized for the wait. He responded, tranquilo, which essentially means “it’s all good.” Little did I know that this word would come to epitomize Nicaragua for me, as a recurrent theme for the trip.

As we drove to San Isidro, Walter was calm behind the wheel, but I remained nervous.  Nicaraguan highways are not what I’m used to, and reminded me more of a Disneyland ride than a place for speeding vehicles. Around each turn a new obstacle presented itself  — traffic cones, piles of bricks, slow trucks, people holding parrots, a herd of cows. When I could take my eyes off the road, I was struck by the amount of garbage — piles of it everywhere. People sitting in it. People throwing it out. People burning it in small piles.

While I received my fair dose of culture shock, Anna remarked that Nicaragua seemed a lot cleaner and safer than other Central American countries that she’d been to. Always nice to have an optimist around!

That night, we shared brief introductions with our host family, and got a short tour of town. Despite their overwhelming friendliness and hospitality, I wasn’t yet convinced. I was tired and felt like my limited Spanish made me sound stupid. I decided to retire early, and removed myself to test out the bug-net in my room.

Overnight the power went out, and the neighborhood animals went wild. I had nightmares about hummingbird sized mosquitos, possessed cats, and Khaled getting deported. In the morning, there was a thick haze of burning plastic over town, sitting in the still air. My lungs hurt. I was grumpy, and thought that I must have re-awoken in hell. How was I going to survive two weeks of this?!  But then the warm sunlight touched my tired face, someone joyfully exclaimed Buenos dias! and I remembered that we had entered Nicaragua to experience and help improve the quality of life that was making me so miserable. I thought to myself tranquilo, and that’s the moment things began to turn around.

Despite my personal attitude adjustment, it was ultimately our interactions with the people of Nicaragua that improved things the most. Initially, I thought that our volunteer work would be mostly one-sided, but I couldn’t have been more wrong. Our visit wasn’t about charity or giving, it was an exchange ­­— one in which we built friendships and shared knowledge, laughter, and time.

Our exchange began on that very first morning, when our host mom told me that her daughter could help me with my Spanish. Shortly after, with pen and paper in hand, 9-year-old Mili sat me down for a vocabulary lesson. Later, the exchange became more sophisticated; Anna and I unpacked our water quality testing supplies, and the local EOS employees taught us about Nicaraguan water systems. At night, we’d hang out with the family and talk for hours. I was impressed by their happiness, and my perception of what really matters in life was changed. Despite the visible poverty, these people were rich.

As the trip wore on, my feelings continued to soften. The smell of burning plastic suddenly seemed normal, cold showers became refreshing rather than punishing, and rice and beans weren’t quite as bland. We spent our days wandering through banana and coffee plantations looking for water sources, and educating our Nicaraguan friends about proper scientific protocol (a huge success). In exchange, I learned enough that I never drank any tap water. We also learned that tranquilo is more than a word, but a Nicaraguan way of life. And we decided that in life, it’s not so much what you have, but rather what you’re doing with it.

And then finally, just as things were starting to make sense, it was time to go home.

Remember Khaled, and that “gift” he left in the airport bathroom? Perhaps he somehow influenced our trip more than I thought. On the last day, we had arranged a ride to the airport. Waiting in the local park, I suddenly felt something wet on my arm. Caca de pajaro — a bird had given me a parting gift. As I heard a Nicaraguan voice call across the park “EOS?”, I realized it was time to go, but the exchange had truly come full circle.

Luckily our driver had some napkins, and it was all tranquilo.