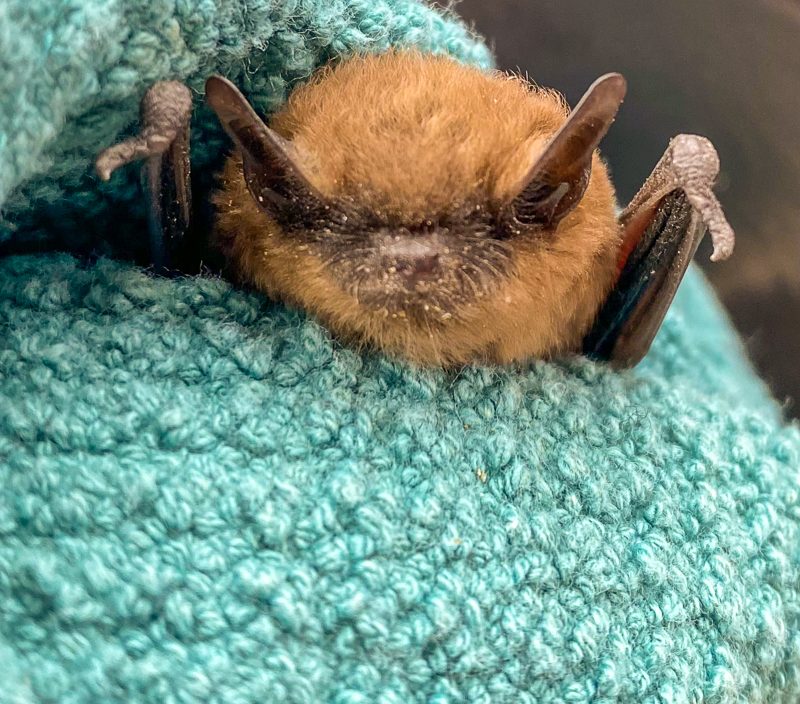 Two animal rescue stories from the holidays indicate just how far community members will go to save animal lives. Though quite different in nature, they show the same kind of compassion.

Big heart for a tiny bat
A family arrived at their Donner Lake holiday vacation rental recently to discover that the home was already occupied — by a bat. Lucky for the little chiropteran, its surprise guests were bat-friendly. Upon realizing that their arrival had awakened the critter from its long winter nap, the family put out a call for help to NorCal Bats, which, in turn, looked for assistance on local social media.

“The bat was probably hibernating,” Corky Quirk, founder of NorCal Bats, a legal rehab and education group permitted by the California Department of Fish and Wildlife, told Moonshine Ink.

She said it is not unusual for the winged mammals to take refuge in unoccupied vacation homes for their wintertime hibernation when interior temperatures typically remain stable. Her best guess is that once the family arrived and turned up the heat, the bat was roused from its slumber. After a few days of housing the tiny bat — believed to be a California myotis, one of our state’s smallest bat species — they tried to locate a facility to take it to during the storms over the Christmas holiday.

With no wildlife care center in the Truckee/North Tahoe area, the only option amid the weather chaos was to transport the bat down the hill to Gold Country Wildlife Rescue in Auburn until it could be handed over to someone from NorCal Bats. So, bat biologist and NorCal Bats volunteer Kim Fettke took to Facebook to find the bat a ride down the hill. It didn’t take long for a number of folks to offer to transport the little brown creature between storm systems, with one couple even offering to fly it down in their small plane.

“We wanted to get it into care as soon as we could,” Quirk said.

As things quickly fell into place, Truckee native Mark Selcon had the perfect timing to get the bat to Auburn just as chain controls were lifted. Selcon had been visiting his family in Glenshire for the holidays and was planning to head west to visit his father in Roseville, and so he picked up the bat and was on his way.

“I was just the driver,” Selcon told Moonshine Ink, adding that both Fettke and Quirk of NorCal Bats played the biggest role in helping the bat. In fact, Selcon never even got to see the animal, as it was in a box sealed within another box. Yet even though he never saw it, Selcon said he thought it was fitting that it turned out to be him to take the critter to Auburn, since he’s a former U.S. Forest Service wildlife biologist.

The bat has since been handed off to NorCal Bats, the caretaker’s niece dubbing the critter Frijole. Bats of the myotis species are tiny, weighing in at less than a nickel, according to Fettke’s most recent update. Both she and Quirk are hopeful that Frijole will pull through — once a bat is awakened from hibernation, there is no returning to its dormant winter state.

Meditating Emy Lou Home
The Hainsworth family of Glenshire was watching after some friends’ 26-pound cattle dog, Emy Lou — a Moonshine Ink column writer for Flip’s Friends — while the owners, who live across Interstate 80 in Prosser, were away on Christmas break. The day before Christmas Eve, Emy Lou ran away from the house suddenly after being spooked by falling ice and snow from the roof.

“She charged up the hill and bailed from our house going in the direction of her home in Prosser, but sticking to the streets,” James Hainsworth shared with Moonshine. “We drove around our neighborhood, calling and searching with no luck.”

They drove toward downtown Truckee to look for her, only to get stalled behind a line of cars. “The front cars had their flashers on and were creeping down the road,” Hainsworth recalled, “and there was Emy Lou running down the side. I pulled over and called for her, but she kept running.”

By car the family members did their best to follow her through the slow traffic, but as Emy Lou neared Olympic Heights, she bolted away from the road and up a hill between houses and trees. That started a huge, but hopeless, search.

“I lost her tracks on a road up there,” Hainsworth said. “We searched late into the night that first evening and most of the day Saturday [Christmas Eve] with no luck.” Along the way, he and his family members met many “kind and helpful people who let us into their yards and helped us with the search.” Meanwhile, friends dropped their Christmas Eve plans and joined the effort to find the dog. The crew of searchers grew, but no one could find Emy Lou.

Then, a thing that some might say amounts to a miracle happened.

“Christmas morning, we got up and opened presents, and right after we did a little meditation,” Hainsworth related. “We talked about the joy and connection of Christmas and the love we share as a family. Then we imagined Emy Lou in our bubble of family and love.”

Minutes later, the family’s own dog, Moloko, ran to the door begging to get out. “My wife opened the door and Emy Lou ran in,” Hainsworth said. “We all lost it, screaming and crying. It’s incredible the joy and relief we felt to have her back.”

Hainsworth posted a brief story about the incident on Nextdoor, hoping to give readers a semblance of the joy he and his family had felt on that Christmas day when, against all odds, Emy Lou found her way back to them.

Longtime local Meg Urie Rab summed up the collective rejoicing in her comment, “This is about the best post I’ve seen on Truckee Nextdoor.”

“We’re very worried about the bat population in the mountains,”
Quirk said. “Our forest needs those bats.”

The concern stems from the spread of a European fungus that produces a condition called white nose syndrome, which causes a white fuzz to form on a bat’s muzzle, ultimately leading to the affected animal’s demise. The fungus is killing off bat populations in various areas around the country.

“It’s decimating the bat population,” said Quirk, noting that little brown bats typically live into their 30s. While the fungus has not yet been detected in our region, it is known to be in California.

Of course, Fettke’s post didn’t come without any controversy, with people expressing concern about the possibility of the bat having rabies.

“Rabies is passed through saliva, through an open wound,” said Quirk, noting that no one had physical contact with the bat and there had been no threat to anyone’s well-being.

As a matter of fact, only 0.005% of bats are found to be infected with rabies, and if one were indeed rabid, the creature’s behavior would make it obvious that something was wrong. Quirk said that anytime people come into contact with wildlife in a scenario in which an animal needs help, bare hands should never be used to touch the animal. To learn more about bats in California, visit norcalbats.org. 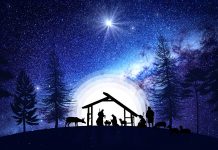