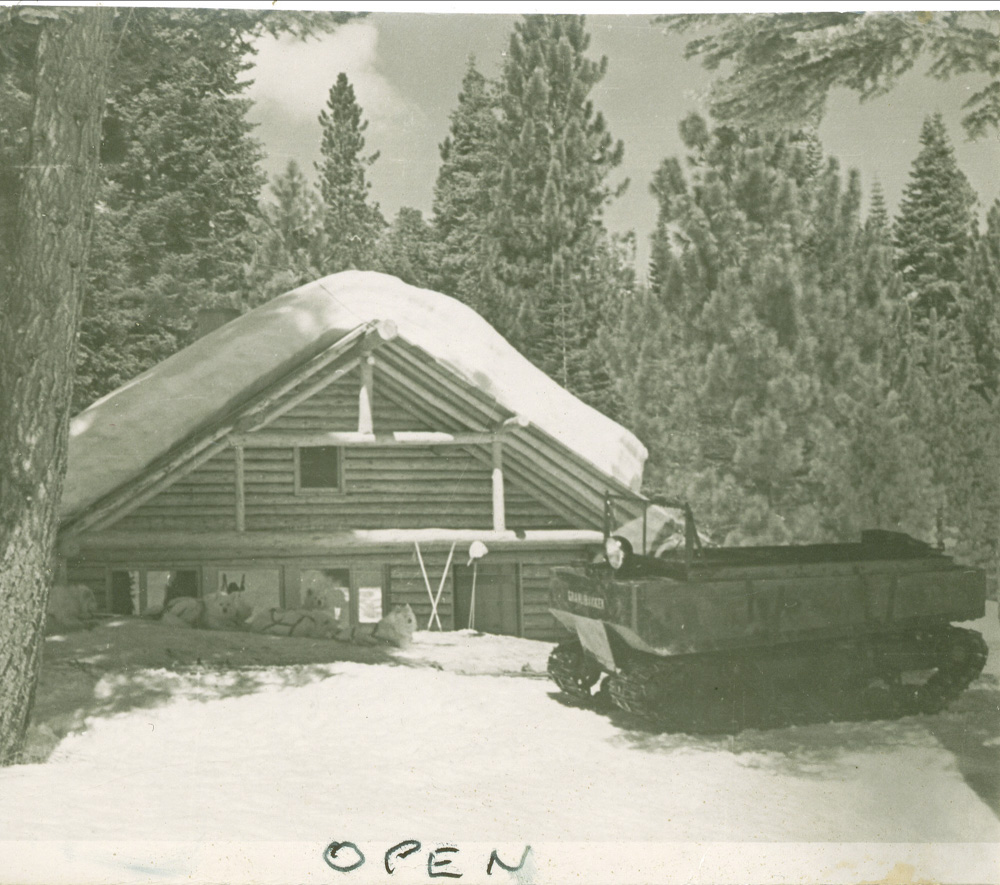 With the recent passing of Bill Parson, operator of Granlibakken from the mid-’70s into the early 2000’s, my thoughts turned to this unique resort and its amazing history. The steep north-facing slope above the resort, located down the West Shore, just outside of Tahoe City, has been a popular place for ski jumping for more than 100 years. Granlibakken was an integral part of the winter operations of the nearby Tahoe Tavern Hotel in its heyday and reached a brief moment of fame when the 1932 National Championships for Ski Jumping were held there.

Today, the resort includes a convention center, condos, swimming pool and tennis courts, the Tree Top Adventure Park, and still that little hill that people have been skiing on longer than any other resort in California. In the ’50s and ’60s, many Tahoe City kids would go on to become world class skiers after first learning to ski at Granlibakken.

John Carnell, now my brother-in-law, was born and raised in Tahoe City. Later, he would be part of the Squaw Valley Ski Patrol and director of ski patrol at Kirkwood, but at the age of 2, it was Granlibakken where he learned how to ski. His father Dick Carnell and uncle Howard Carnell had both ski jumped at Granlibakken before he was born.

John remembers parking at Spitsen’s Lumber (now Tahoe City Lumber) and then crossing the river by foot on the one-lane bridge. From there you would get up to the ski hill via a ride on the Weasel snowcat. The kids would hold on to one of the many ropes attached to the snowcat and get pulled on their skis up to the resort. At the hill they would find rope tows, a small lodge that would provide food and an escape from the elements, a cabin that you could rent for $15 a night, and a little house where the owner, Rusty Rustad, lived.

When John was about 9, he got the bright idea to go past the safety bar at the top of the rope tow so he could get a little higher up the hill. When he went to let go, his sleeve got caught and twisted around the rope, which sucked him into the motor. It scared him to the point of tears but, thankfully, stalled the motor. Rustad was not happy with this young whippersnapper bringing his operation to a temporary close.

John and lifelong Tahoe local Park Bechdolt fondly remember the Toast-tite, a signature dish at the rustic ski lodge. It was a classic ’50s sandwich: two pieces of white bread with a gob of jelly. But the toast-tite machine, also known as a hobo pie iron, would seal the toasted edges. Bechdolt called it a homemade pop tart and John loved them so much he still has a hobo pie iron in his quiver of cooking supplies for camping.

Bechdolt taught skiing at Granlibakken when he was 16, perhaps because he was dating the owner’s daughter at the time. He remembers almost driving into the river while they were attempting to get across the one lane bridge one night.

Long-time Tahoe local Robert Frolich, who passed away in 2010, interviewed one of John and Bechdolt’s classmates for an article posted on the Granlibakken website: “When I was growing up, everybody, it seemed, had learned to ski there,” remembers Dick Nielsen, an alumni of the Lake Tahoe Ski Club and member of the U.S. Ski Team in downhill in the late ’60s. “It wasn’t the easiest of slopes for a beginner to learn on, but it got you going on skis right away. Everybody ski jumped as much as raced back then, and the jump was just as popular as the ski hill. A lot of really good skiers and racers came out of Granlibakken.”

Mazie Carnell worked for Rustad to pay for her sons John and Tommy’s ski tickets and sandwiches. She remembers it as a low key place where customers were mainly the kids in town. This was just before and just after the Olympics, when skiing and Tahoe had not yet become synonymous.

A part of the Granlibakken experience in the ’50s and ’60s was a hobo village called Moss Hill. John remembers going across the old white bridge that led to a series of homebuilt shacks where a group of down and out folks lived. There was Gus, Bosten Blackee, and a guy named Cunningham that Mazie learned was once a banker from New York who had fallen down on his luck. “They were just people who wanted to get away from society,” Mazie said.

My sister Mary would later marry John Carnell, and her memories of Granlibakken revolve around some of their shenanigans while dating. Like the time they drove her Volkswagen Bug directly down the steep hill. Wait, was that the VW that I bought from her, or the more beat up one she sold to my brother? Amazing what those Bugs could do if you had someone crazy enough to try it, and Rustad wasn’t around to catch you.

When John and his father Dick were learning their skiing chops at Granlibakken, it was just a sleepy spot where the folks in Tahoe City could ski and jump, but it grew tremendously into a resort during the late ’60s and ’70s before going bankrupt in the mid-’70s. Bill Parson, came in to save the day, purchasing the 76-acre resort and turning it into what it is today, while preserving Granlibakken’s place in the skiing history of the Sierra.