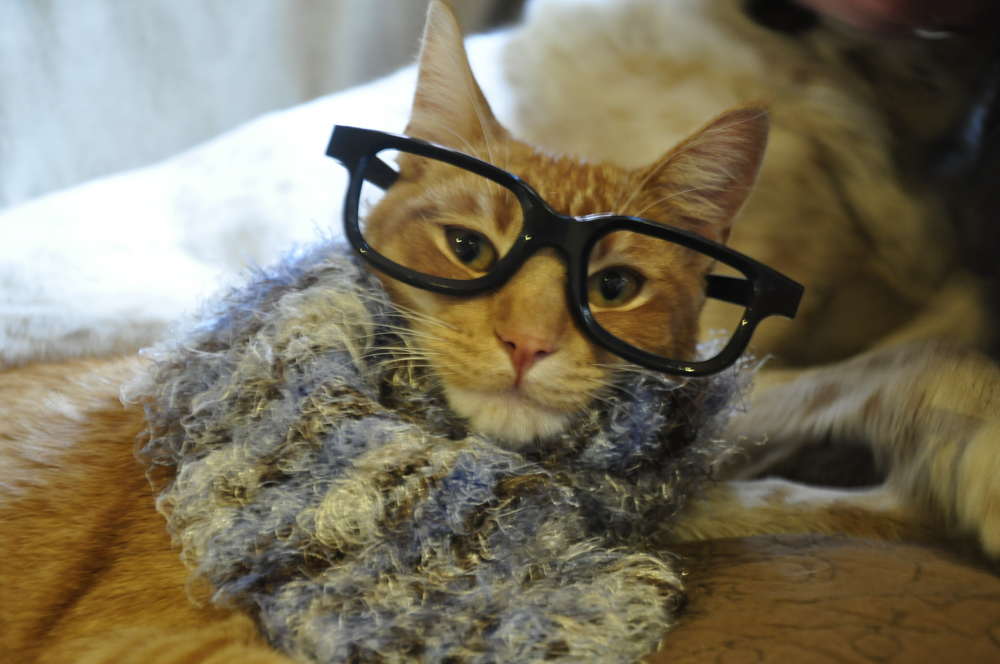 Deep in a cave in southern France are some of the earliest known cave paintings in the world. The paintings depict various animals and are estimated to be about 30,000 years old. Also, in the cave were the footprints of a young boy and those of possibly a canine companion dating back approximately 25,000 years. This could be early evidence of dog domestication — scientists were surprised to discover that the dog was a dachshund dressed in a hot dog costume.

According to The Humane Society of the United States, an estimated half of pet owners dress their pets in costumes for Halloween. I would guess there is a lower percentage of pets that truly enjoy this activity. That’s at least the view in my house as the older dogs on staff declined to take this assignment. I, as the lowest ranking correspondent, was left to the task. I studied. I researched. I even tried on some outfits. What we learned was that no matter how hard we tried my head is just not the right shape to support an eye patch. I found that a bow tie is a reasonable accessory for a dog or cat and I do think it is possible for a pet to enjoy a little dress up. I also won’t be on Project Runway anytime soon.

HSUS urges caution with pet costumes. “Remember that most pets are happiest wearing nothing but their birthday suits,” the website said.

I lie around naked all the time, and as a cat who was recently dressed up in various costumes by small children I would urge common sense. Don’t cover my eyes or my ears, make sure I can move freely, and if I don’t look like I am having fun, take off my costume. Many humane societies across the country sponsor contests involving dressing up your pet, there must not be that much concern. If you and your pet need more than one day to scratch that itch, mark Jan. 14, National Dress Up Your Pet Day, on your calendar.

One pet looking to celebrate Halloween in a new home is feline Tazz. Naked or wearing a costume, Tazz would look great in your house. His beautiful eyes and outgoing personality make him a great choice. I offered Tazz one of my costumes because I thought it might help him stand out on the adoption floor. He politely declined. He is neutered, micro-chipped, and ready to be your treat this Halloween. For more info on Tazz visit hstt.org.

Gonna Dress You Up