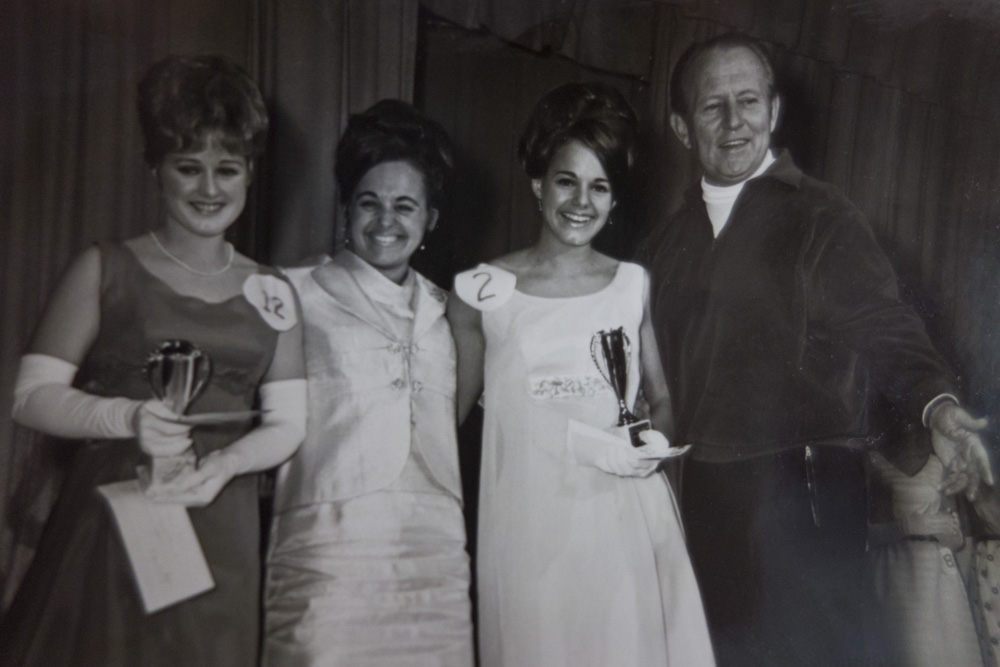 Every family has that classic photo that summarizes an era. For my family, the last gasp of the innocence of the early ’60s is preserved in a black and white photo of my older sisters Julie and Susie, my mom, and famed TV host Art Linkletter on stage at the Miss Sierra Snowflake contest in Crystal Bay. Sixteen-year-old Julie took second place, and 17-year-old Susie captured third. According to the Tahoe World “a pert Crystal Bay lass, Georgia Burris, was crowned Miss Sierra Snowflake of 1967.”

The contestants were dressed to the nines with nylons under their rather demure bathing suits, gobs of makeup, and their hair poofed up and sitting precariously on top of freshly scrubbed heads. Just a year or two later, the hippie era would hit Tahoe and the hair would come down and grow long, the makeup would come off, and the nylons would disappear in a smoky, purple haze.

In January 1967 I was only 8, so the details of the Miss Sierra Snowflake pageant are a bit fuzzy to me. I was too busy throwing a tennis ball against a stucco wall pretending I was pitching a no-hitter for the San Francisco Giants to worry about that less important stuff. But apparently for the members of my family in the photo, it was a big deal, perhaps most of all for my mother, Joan Hauserman. She stood radiantly glamorous at the center of the photo, which apparently came about because Linkletter insisted that the mother of these two beauties join them up on stage. If you are too young to remember Linkletter, he was a popular radio and TV personality best known for interviewing children on his television show, Kids Say the Darndest Things. 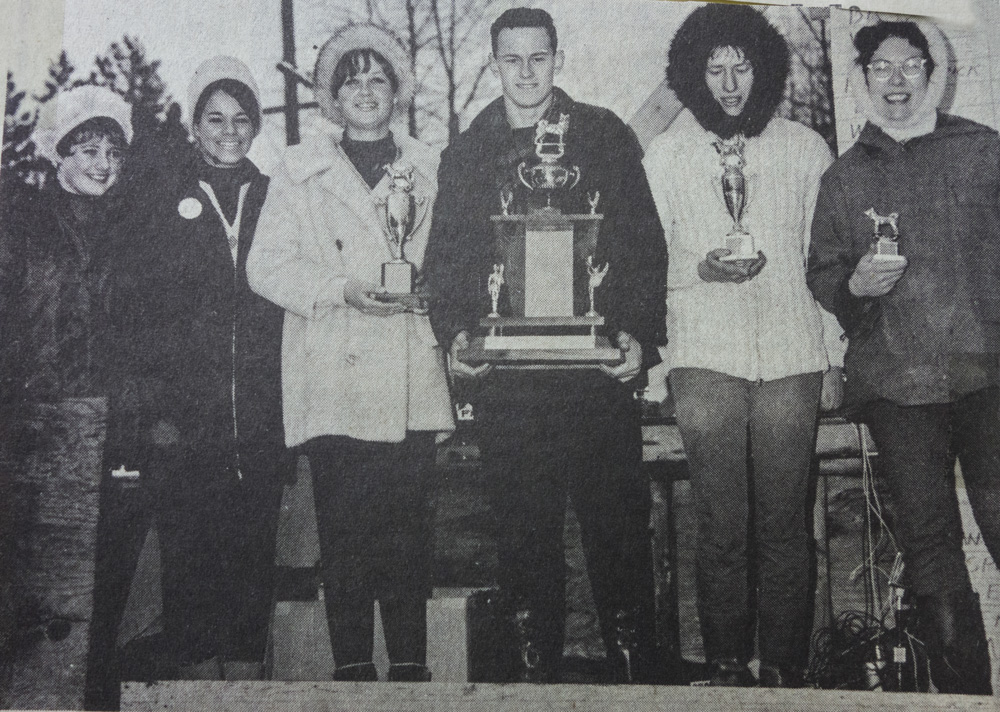 As a drama major, it was my mom’s dream come true to share the stage with a famous celebrity. The story became part of her repertoire of fascinating cocktail party tales for the next 40 years.

The Miss Sierra Snowflake contest, part of the sixth annual North Lake Tahoe Winter Carnival (the predecessor of today’s SnowFest!), was held at the Topaz Room of the Nevada Lodge (now the Tahoe Biltmore) on a snowy night, back when four-wheel drive vehicles were rare and the DUI laws were a bit more lax. In other words, there was a lot of slipping and sliding going on both coming and going to the event. As the Tahoe World noted, “A howling storm outside had failed to cut down the size of the audience and those stuck in the parking lot afterwards still felt the night well spent.”

Julie remembers having to wear a one-piece bathing suit, a fancy ball gown, and being asked by Linkletter, “Tell me about yourself,” to which she replied,

“Well Mr. Linkletter, what would you like to know?” Actually, Julie doesn’t remember that, but my mom has recited it a dozen times as the crescendo of her story, so if it didn’t happen, it might as well have.

Meanwhile, sister Susie wasn’t so sure she wanted to be part of this. “We prepared for a couple weeks,” she recalled. “We learned how to walk, model, and all that sort of stuff. Why in the heck did we do that? To get up there on stage and get asked questions?” I think our mother might have had something to do with it. She is the kind of mom who got you to do stuff you never imagined yourself doing.

Susie remembers that the questions were designed to give the audience a laugh at the contestant’s expense, so when she stepped up to the microphone wearing mom’s leopard-print bathing suit, Linkletter asked her a question about Tarzan. Susie doesn’t remember her response, but she does remember how she felt the next day when she was part of the pageant court that was taken to the snowmobile races to entertain the crowd: “Miserable and cold.” Guess it really used to snow back then. Those were the days.

Forty-one years after the Miss Sierra Snowflake pageant, Susie and Julie’s niece and my daughter, Hannah Hauserman, became SnowFest! Queen. The times had changed and the contest was now based on a lengthy interview, an essay, and most importantly, how many SnowFest! raffle tickets you could sell to support local organizations. There is no longer a bathing suit competition in front of a cheering crowd, but it is still an opportunity for a Tahoe girl to shine with a tiara on her head. Hannah still holds on tight to hers.

From Beauty Pageant to Community Fundraiser
Business
9:00 am / 10:15 am