On Nov. 19, United States Secretary of the Interior Deb Haaland — the first Native American to serve in a presidential cabinet — issued a press release to formally denounce use of the word “squaw.”

Haaland deemed the term racist, having “no place in our vernacular.”

“Our nation’s lands and waters should be places to celebrate the outdoors and our shared cultural heritage, not to perpetuate the legacies of oppression,” she said in the release.

Her comments were in conjunction with the formation of The Derogatory Geographic Names Task Force, an initiative to streamline replacing historically familiar but demographically offensive terms on federal property.

For example, there are 650 uses of “squaw” on government-run entities in the U.S., according to the Interior, including many in the Tahoe/Truckee region.

While some may critique the decision to drop the word as too late, the team at Palisades Tahoe was just ahead of the national curve.

The slur is traced to the Algonquian language meaning “woman,” but was misused by European colonists in the 1600s and beyond to be derogatory. Yet it took a Native American leader for the United States Department of the Interior to formally denounce it. Can progress happen for marginalized groups without representation?

Therein lies the problem with implementing themes of inclusion in the outdoor space, say those working on inclusivity in snowsports: there’s a lack of representation at top levels.

According to Raquel Vélez, founder of Alpine Parrot, an outdoor apparel brand for plus-sized women of color, change can only become tangible when minority voices are elevated to positions of influence.

Vélez was inspired to develop her product when trying to find ski pants after her first day at Mt. Rose Ski Tahoe. Like so many of us, she was instantly hooked, yet she found skiing challenging to adopt. She felt she didn’t fit the mold.

“There’s not enough people who look like me in ads, and I know I’m not the only person out here who wants to go hiking and skiing,” Vélez told Moonshine Ink in March of this year.

“While the trends [toward diversity] have historically been slightly on the rise overall, the overwhelming market is still predominantly White (67.5%), wealthy (51.6%), and male (59%),” SIA stated in a press release.

Alyssa Gonzalez, head of Diversity, Equity, and Inclusion (DEI) and communications for the nonprofit Women of Winter, agrees with Veléz, saying that real change will happen when more people of color are in leadership roles.

“Seeing people who look like you doing things that you’re interested in or care about can help you find community and love for yourself in the process,” she said. “Seeing people of color in charge and leading is a powerful thing. Especially in a community where they have often been shut out and excluded.”

There has been a recent uptick in enthusiasm about snow from BIPOC (Black, Indigenous, people of color), with SIA reporting similar levels of excitement among White and BIPOC snowsports participants. However, an uptick isn’t enough. The real problem is access, with disproportionate numbers of prospective BIPOC skiers and riders experiencing barriers to entry.

Gonzalez said she often hears people respond to DEI initiatives in snowsports with retorts like, “If you want to ski, just go ski.”

However, “it’s not that easy for some people,” she said. “Even if I have a pair of skis I might not have a car to get me to the resort or free time from work or school to have fun. It’s like telling someone who wants to be rich to just go make a ton of money. It’s not that easy.”

So how do you solve an access and inclusivity problem that’s as old as America itself?

At the beginning, with a lesson.
The Professional Ski Instructors of America and American Association of Snowboard Instructors (PSIA-AASI) believes that its members are ambassadors for much more than their resort, they represent the very foundation of a person’s relationship with winter.

Its CEO, Nick Herrin, said in an email that the organization is focused on industry-wide change, not just within itself.

“[We] started really looking at the diversity question about four years ago when our national board of directors started to ask questions and then focus our strategic vision on what we’d like to be as an education association,” Herrin said.

Part of that focus is a partnership with Gonzalez’s Women of Winter, which advocates for the voices of BIPOC, communities which the nonprofit notes have been actively “excluded … in the snowsports industry.” The result of the union is a scholarship program to cover costs for BIPOC women wanting to obtain a PSIA-AASI alpine or snowboard Level I certification to teach.

Herrin sees PSIA-AASI instructors as conduits to a better industry.

“This is key to our success as snowsports educators,” he told me. “It’s why equity and inclusion must be the foundation of our entire education curriculum.”

A day after revealing its long-awaited rebrand in September, Palisades Tahoe’s parent company, Alterra Mountain Co., announced its partnership with Share Winter Foundation, a grant-making organization with youth participation in winter sports at the heart of its mission.

The foundation centers its efforts on the financially and socially disadvantaged, and those characteristics tend to describe kids of color and from BIPOC communities. The program will support up to four Learn to Ski & Ride programs each for thousands of kids at Alterra resorts, a value of nearly $4 million.

Enthusiasm for an activity from youth can often lead to similarly excited parents, so there’s no mistaking the value of introducing families to the joys of sliding down hill.

Ultimately, the snowsports world has aways been only as vibrant as its personalities, where individual style is often more important than skill. We celebrate jumpsuits and jorts, champion cheap beer, and hold up as an icon a guy with a rainbow mohawk. Think that would happen at a polo club? In skiing and snowboarding, who is anyone to not welcome everyone?

Collectively, the industry needs to do better. It has the people-power to achieve anything.

And it sure as hell has the money. 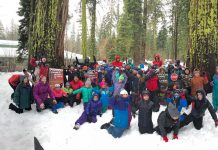 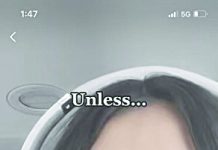 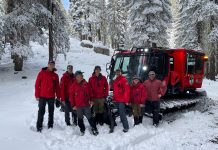