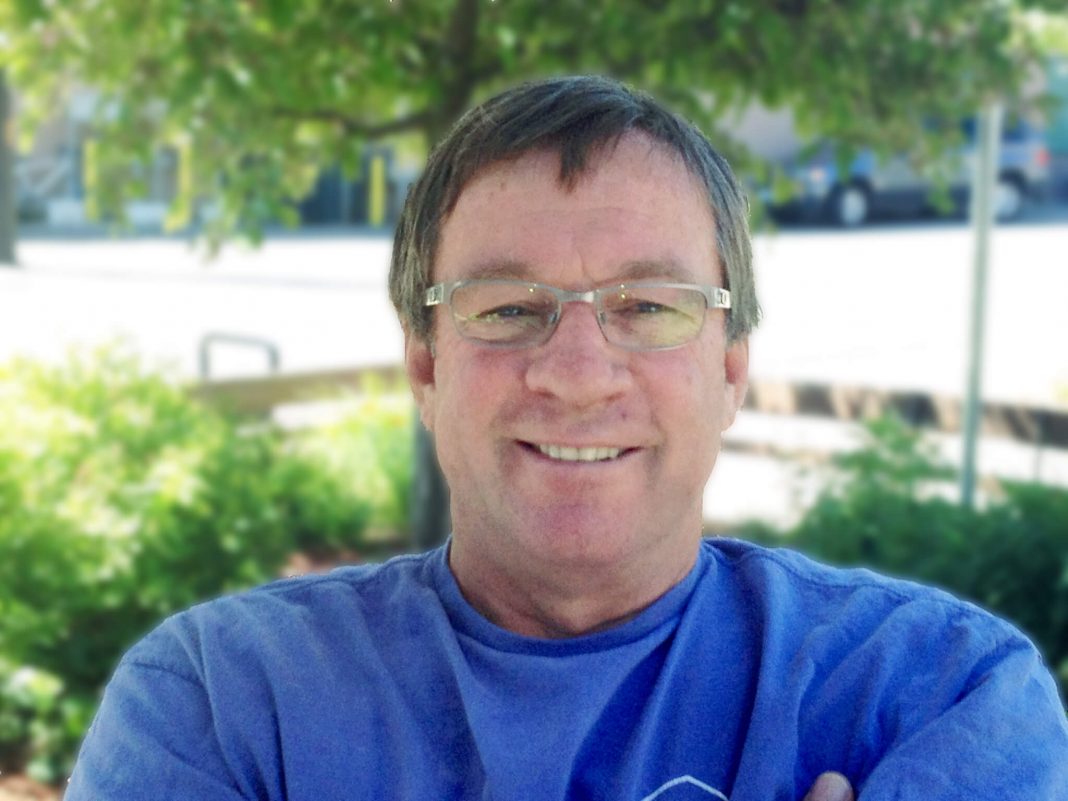 Dave Wilderotter has been a staple in the North Tahoe community for more than 30 years. Popularly known as “Tahoe Dave,” he is the man behind the iconic rental shops in Kings Beach, Squaw Valley, Tahoe City, and Truckee. Last month, ‘Tahoe Stories’ interviewee Steve Hoch suggested Dave would have an interesting Tahoe story, and he was right. The affection with which Dave speaks about his employees and his business is endearing; it was a pleasure to meet the man behind the legendary logo appearing all over the North Shore.

How did Tahoe become your home?

After I graduated from the University of Michigan in 1974, the opportunities available were in the nearby big cities like Chicago or Detroit. This didn’t make sense to me because I wanted more of the outdoor experience. I ended up in San Francisco, which is a great home base for the outdoors. As I skied more, it made more sense to visit San Francisco and live in Tahoe. And, I got lucky!

What do you mean when you say “I got lucky?”

I ran into a group of girls who were really dynamic women. I worked in a ski shop, and they were my co-workers. The next year they said, “‘We want to open our own ski shop, but we want you to be the owner, and we’ll just run it for you.’” The girls actually got me going, and they were my first crew. They hung around for a year or two, and then they moved on. I liked the lifestyle. I didn’t mind working a lot of hours, and I loved the interaction with people.

What do you think is the biggest struggle locals face?

I think in any tourist town there’s going to be a lot of people with a lot of money. It makes the people who are struggling feel like they need more because they see this wealth. It creates that attitude of “Go home!” when really it’s not the tourists’ fault; it’s the struggles some have within themselves. I saw an interesting bumper sticker the other day, “Coexist.” Right next to it was another bumper sticker that said “My Life Is Better Than Your Vacation.” You can’t coexist and have this attitude. I think the best way to live in a tourist town is to go be a tourist in other places. If you get out and do a bunch of stuff, change out your skill set, and see what you like you can come back to Tahoe with an attitude that makes it work rather than creates struggle.

What compromises have you made to make it work in Tahoe?

I don’t think there are many compromises. Working is not a compromise. It’s nice doing something I like to do. I have always wondered what my personal life would be like if I was hanging in Michigan. I’ve never been married, and I don’t have any kids. That’s what you do in Michigan — you get married, have kids, and become some kind of professional. In Tahoe you don’t have to do that. It’s been really easy for me not to. Some people would say it’s been too easy for me not to.

What’s the best thing about living in Tahoe?

There’s not one best thing. I love music! In the last 10 years we’ve seen a renaissance in Tahoe that rivals anywhere in the world. The vibrant music scene here in Tahoe is one of the biggest pluses of living here. Also, you can be sitting here thinking, “I’m tired of winter!” and in two hours you can be golfing in Sacramento. It’s possible you skied yesterday, golfed today, and tomorrow you could be in Santa Cruz putting a surfboard in the water.

Who do you think has an interesting Tahoe story?

Sarah Obexer. She has a very interesting story about growing up on the West Shore.

Sarah Obexer-Fields, whose family’s name is legendary on the West Shore, will be featured in next month’s Tahoe Stories.