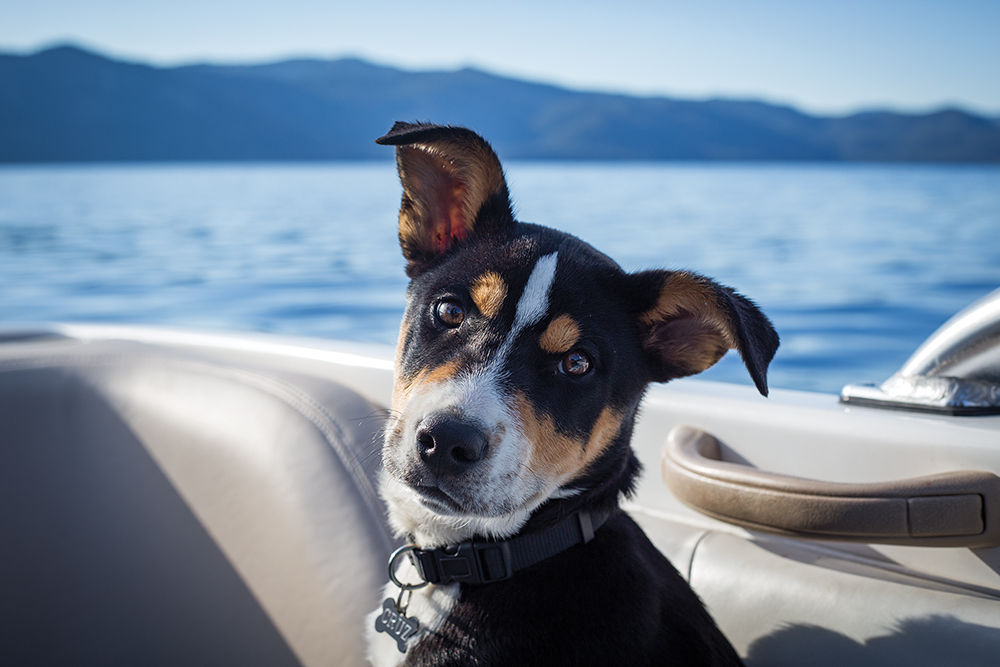 Choosing to own a dog can be a huge commitment, especially for those with a lifestyle based in travel and exploration. For professional wakeskater Jen Gilanfarr, and her sister Callie, the decision to adopt a rescue as co-mothers came during a moment of frightening motivation, following months of research.

During a hike out to Horsetail Falls in Desolation Wilderness, the Gilanfarr sisters were greeted by a mountain lion crouching in the bushes — a nature sighting some of us can agree is about the most terrifying encounter one can experience in Tahoe. Two days later, the girls jetted to Southern California to adopt Cruz, a Swiss mountain mix, showing characteristics of the Entlebucher breed, who they hoped would fulfill a guardian role against future predatory surprises. 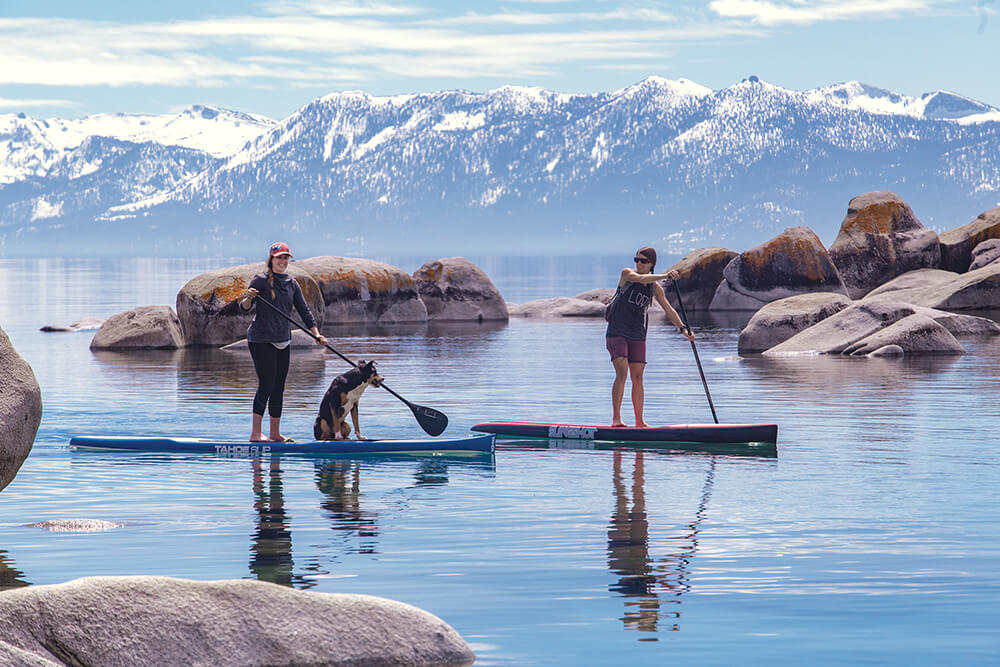 The posting the sisters responded to “seemed too good to be true,” as they put it, but two years later they still believe it may have been an undersell considering the dog’s remarkable personality traits: mellow, well-behaved, loyal, and unafraid to speak up in times when feeling uncomfortable (bow wow raww). Originally slated to go to a family in Los Angeles, the seller made an executive choice saying she’d, “much rather see a dog like Cruz end up in Lake Tahoe than live his life in Los Angeles surrounded by concrete.”

Originally having met Cruz at the age of 4 months out on Papa Gilanfarr’s boat in May of 2015, Moonshine was dying to know how he has been adapting to life on the lake, and if he was able to live up to his nickname of “Captain Cruz.”

Speaking with Jen about his adolescence, she remarks, “Other than his initial run on a kayak where he fell in the water and panicked, Cruz quickly took to the boating lifestyle and now holds down a spot in the front of the sisters’ “Shark Boat” where he hangs out and loves to leap from the bow.” 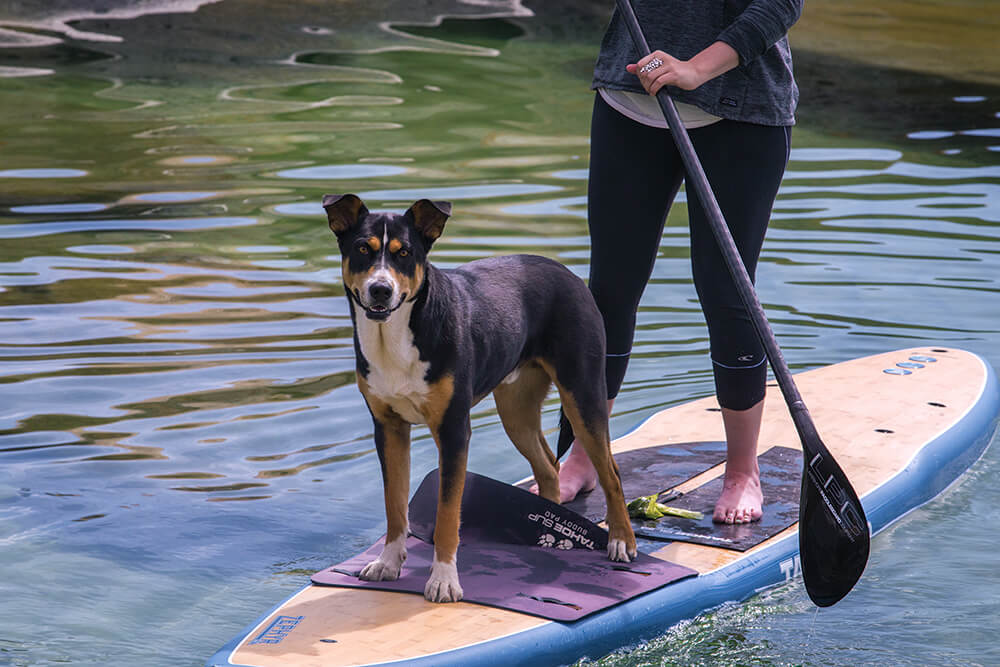 In addition to spending most summer days on the boat during Jen’s training sessions, Cruz has taken strongly to paddle boarding, kayaking, backcountry skiing, and most importantly the backpacking trips out into Desolation where the girls can truly appreciate his undivided loyalty.

If all that wasn’t enough to solidify him into the Gilanfarr family, it just so happened that one day at Waterman’s landing Jen and Cruz would end up meeting Jen’s fiancé Ben Mitchell, and his dog Ella, who is the same age as Cruz and have since become best friends.

If there is a heaven for dogs, it might be hard to argue it looks anything different than Lake Tahoe.