Home Sections Mountain Life Breakfast: Is it Really that Important? 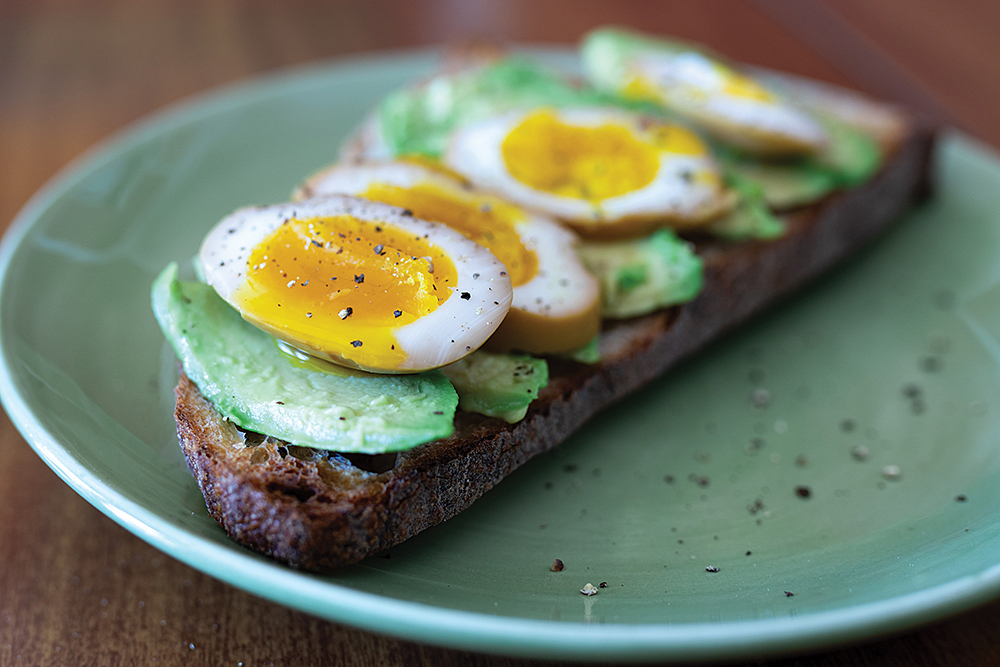 I love investigating health claims, so I jumped at the chance to research the popular belief that breakfast is the “most important meal of the day.” I knew I’d encounter conflicting information but didn’t expect breakfast to be the single most complex topic I’ve ever covered.

For starters, researchers use different definitions for breakfast — some studies only included meals eaten before 10 a.m., or meals over 100 calories. Others only looked at the short-term effects of breakfast when, in fact, many consequences of skipping or eating the meal can last throughout the day. And, amazingly, many studies didn’t consider breakfast quality, assigning a donut as much value as a veggie omelet.

These inconsistencies explain how multiple researchers can examine a question like “Does skipping breakfast make you gain weight?” and come up with completely different answers. It’s also why the media can cherry-pick a single study and create a sensational headline around it.

So, in researching this article, I read more than 40 peer-reviewed studies and chose to focus on two questions: Is breakfast really that important? If so, what happens when you skip it?

Jill Whisler, registered dietician at Tahoe Forest Hospital, is pro-breakfast. “It’s one of the most important meals for sports nutrition, cholesterol, heart health, and mental edge,” she says. And the bulk of studies back her up. Most people, especially kids and teens, seem better-off eating the meal.

Breakfast eaters are more likely to have a higher intake of vitamins and minerals, and a lower risk of type 2 diabetes. Skipping breakfast — even once — can worsen your insulin response after lunch, a phenomenon called the second meal effect.

People who routinely skip breakfast also develop more atherosclerosis, a hardening of the arteries which can lead to heart disease and stroke. Sure enough, studies found that breakfast skippers have a higher risk of both.

To understand how breakfast might play a role in diabetes and heart disease, it helps to back up … millions of years, actually.

Humans evolved to be active in the day and asleep at night. As a result, our bodies are strongly circadian, running on 24-hour biological cycles. These cycles are coordinated by a master clock in the hypothalamus, which responds to sunlight and darkness. Additionally, nearly all tissues and organs have clock genes that control the timing of their functions.

Because we evolved to be active during the day, so did our digestion. Clock genes in the liver, pancreas, and gastrointestinal tract regulate these organs to be at peak performance in the morning. This is when glucose sensitivity, nutrient absorption, digestive speed, and gut motility are the highest.

So if our bodies are primed to eat in the morning, what happens if we skip breakfast? Here’s what studies found.

Hold on — not so fast. The breakfast skippers did eat a little more at lunch, but not nearly enough to compensate for the missed breakfast. Nor did they overeat at dinner. So by day’s end, they’d cut about 400 calories. New headline: “Skipping breakfast helps you lose weight!”

Again — not so fast. When breakfast skippers were followed long term, they didn’t lose much, if any, weight. In fact, some of them (or many, according to some studies) had a higher Body Mass Index.

But if breakfast skippers are cutting calories, why aren’t they all losing weight? The answer may not be how much they ate, but rather, when they ate it. Most breakfast skippers, it turns out, naturally shift their meals so they’re eating later into the evening, either by having a late dinner, evening munchies, a glass of wine, or a bedtime snack. Metabolically, this is when insulin production slows, as does our ability to absorb nutrients and move food through our system.

And the closer to bedtime you eat, the worse. The sleep hormone melatonin further slows insulin release, causing the body to stay in fat-making mode longer than if it were digesting the same food in the morning. Blood sugar also stays undesirably high.

Numerous animal and human studies show that time of eating matters. Eating late alters the expression of clock genes in tissues and organs, which, for some people, causes weight gain, digestive issues, acid reflux, an increased diabetes risk, and other problems.

And heads up to folks who are doing intermittent fasting: If you’re skipping breakfast in order to lengthen your overnight fast, you could be working against your circadian clock, especially if you eat dinner late. Instead, try eating an early dinner, and then don’t eat again until breakfast the next day.

“If you’re going to skip any meal,” Whisler says, “don’t make it breakfast.”

This could be particularly crucial for the athletic community here in Tahoe. Many people can’t stomach a big breakfast before exercising, but eating carbs in the morning helps restore glycogen that is lost overnight in the muscles and organs. For reluctant breakfast eaters, Whisler suggests yogurt or a fruit smoothie with some protein and fat.

If you’re tempted to skip breakfast because you won’t be exercising till later in the day, consider this: Skipping breakfast was shown to decrease athletic performance in the afternoon, even when subjects ate a filling lunch. The drop in performance was small (4.5 percent in one study,) but could make a difference in afternoon competitions like ski races and track meets.

Breakfast: Is it Really that Important?
Business
3:00 pm

Breakfast: Is it Really that Important?
Community / Food & Drink
12:00 am

Breakfast: Is it Really that Important?
Wellness
12:00 am

Breakfast: Is it Really that Important?
Arts & Culture