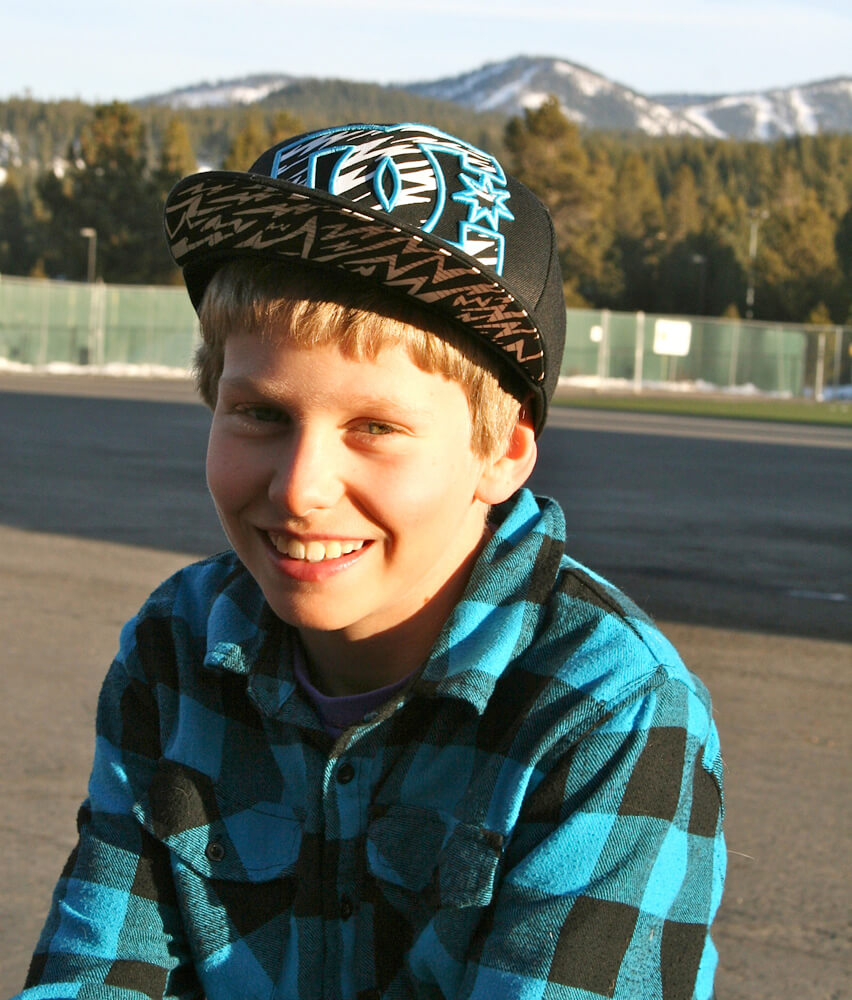 Jake Tedsen, 10, cares about being nice more than anything. Even during our interview, all his words settled on us softly and they held care for all kinds of people.

But a few months ago at Truckee Elementary, Jake witnessed something he wished he never had: bullying. It crushed him. Jake, a fourth grader, watched some second graders put their arms around a kindergartner in what seemed like a friendly way, but then suddenly wrenched away all his trust by tripping him. They hit the red bell he wore around his neck for spirit day and laughed.

Jake was brave. He walked up to the group and asked the little boy if the big kids were being mean to him. The kindergartner said yes and the big kids ran away. Jake made sure a friend took care of the little boy on the bus ride home.
During our interview, Jake helped us feel what bullying is by using a metaphor. As he talked, I grabbed a clean piece of paper and did what he said to do: I crumpled it up into a tight ball, and then tried to straighten it out completely. It was impossible. Jake was right; you can’t take back bullying. It never goes away.

The night after the bullying, Jake felt awful. He was sad remembering the boy, who stood in the middle of the turf looking down as all the other kids on the playground were heading home. Jake felt sad for the bully, too, thinking he might not have a good life. Jake and his mom talked about bullying. She told him her stories of being bullied. She said, “When people bully, they have been bullied themselves.” She told Jake to try to help bullies see that they count, too, and are loved.
Recently, after watching a fourth grade girl bully a kid, Jake asked her, “Why are you doing this?” Being asked that question, the girl probably asked herself, “Why am I doing this?” I imagine Jake’s sweet, soft voice made her feel welcome enough to think about it.  It didn’t stop her for good, but it stopped her for a few days.

Jake says he gets courage from his grandpa, who is 91 and still skis at Squaw, even though years ago he lost an eye while hammering a nail into a board. And Jake knows how to do the right thing because of people like his Auntie T, who traveled to New Jersey and New York to help victims of Hurricane Sandy. She worked non-stop for days and slept on cots.
I hope I never come across bullying, but if I do, thanks to Jake, I’ve learned what to do.

The chances that I won’t experience bullying in my life are slim. Frances hopes she won’t, but I know she will. Everyone will. Not even Lady Gaga escaped bullying as a kid. She formed the Born This Way Foundation to battle it by creating “a kinder, braver world.”

Bullying takes many forms: sending humiliating texts, tripping a kid, ignoring peers. It’s explosive. It’s relentless. But no matter what it looks like, bullying brands everyone it catches.

The bullying Jake witnessed on the turf that December day was very small compared to the war in Syria (yes, politicians and militaries can bully, too). But it affected him so much that chances are it’ll stay with him forever.

I read the winning essays and was not shocked to see that girls wrote all the stories, and that most of those girls were bullied by other girls. (“The Winning Essays Are…” New York Times, May 16, 2012.)

During their teen years, girls can be so mean to each other. The winner, Lena Rawley, 17, wrote, “Teenage girls are cruel super-humans from a distant galaxy sent here to destroy us all.”

I know the ruthlessness of girl-on-girls. I see it all over the place. One girl thinks another is bad at something, like skiing or math, and tells her posse to ignore her. A girl tells her friend to be really mean to another girl who didn’t invite her to her birthday. One girl tells everyone about how another girl is trying to lose weight, thinking, “That’ll be a great rumor!”

I feel lucky — I have wonderful friends and we can’t imagine turning on each other. What a horrible waste of time.

Jake thinks so, too, and has some advice for all us kids: “Build courage inside of you and try to stop the bullying you see.”

Jake’s advice to our parents is even simpler: “Tell your kids of your own experiences with bullying. Be loving. And be nice.”

Be Nice. Be Brave: Stop A Bully
Arts & Culture