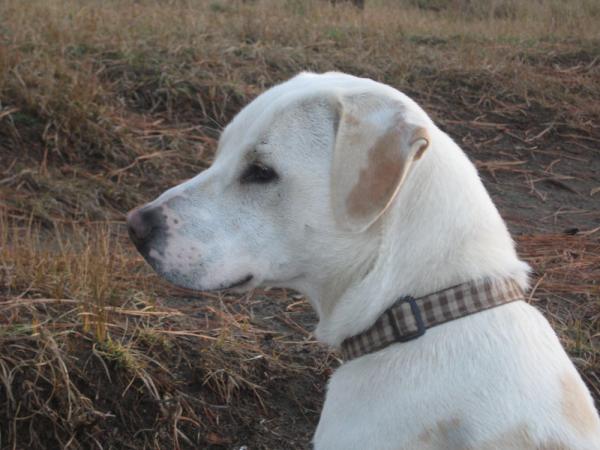 Sawyer is a one-year-old Yellow Labrador mix, who even at his young age, has been on some adventures. Sawyer ate through a fence at his previous home in a record 10 minutes. I think he just needed some more fiber in his diet. He then disappeared and was rumored to be living in the wild with a bear somewhere in Old Greenwood. No word on whether they were members of the golf club. It took five hours to finally catch Sawyer after he was located.

Sawyer could use a little self confidence. He walks with his tail between his legs and is scared of loud noises and most other dogs. The great thing about our Humane Society is that they will do all they can to work with Sawyer so he can be adopted to a good home. He’s not aggressive, just a little clueless. In other larger towns, a dog like Sawyer probably wouldn’t make it.

We took Sawyer for a nice walk along the Truckee River and he took a liking to my friend Oso. He became more confident in the short amount of time we got to spend together. Stop by the shelter this month and visit Sawyer and his many handsome friends.