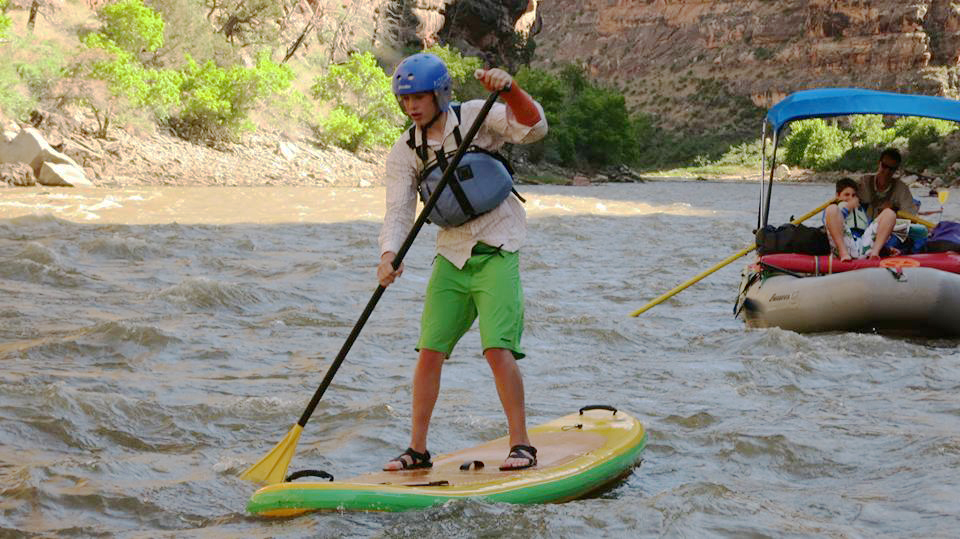 When Louis Norris broke his hand one week after the last day of school, his summer plans broke too.

Louis is a 14-year-old from Donner Lake, a sophomore at Sugar Bowl Academy, and a top-ranked big mountain skier. He planned to spend his summer mountain biking, taking a few river trips with family and friends, and volunteering for iCanShine in Reno, a nonprofit that teaches people with special needs how to ride a bike independently.

But on June 24, Louis came up short on a jump at the Truckee pump track and broke the scaphoid bone in his left hand. This bone is small but important because it lets you grab things like handlebars, paddles, and shirt buttons. The doctor said he’d be in a full-length cast for 12 weeks.

Lots of kids break bones or get bad news that changes their summers, or their lives. Like many kids, Louis felt anger and frustration about being trapped in a cast. But Louis didn’t let that overtake him.

After my ski accident last winter when I dislocated my knee and got a concussion that made it impossible to read or play music or do sports, I tried to see the positive too. My mind expanded by becoming more aware of what it’s like to feel alone.

But Louis wanted his whole summer to expand. So he used his need to improve himself and his all-out attitude and went beyond just replacing his summer plans. He expanded in every way.

After his accident, Louis had one day to decide if he’d go on his family’s Yampa River rafting trip. He went. But he didn’t just sit in his mom’s oar boat with his long orange cast. Instead, using an inflatable kayak, he paddled Warm Springs, a Class IV rapid, on his own. Most adults didn’t want him to do it, but his mom, Seana Doherty, believed he could. He was nervous.

“In the thick of things, though, you don’t have time to be nervous,” Louis said. “Stop thinking and go with your instincts.”

He got through his crunch move, paddling between a boulder and a big hole of circulating water. He held the oar with four fingers and could only steer by paddling backward on his good side, instead of forward on his bad side. This was a breakthrough moment for Louis. He recognized his summer could be full of experiences that proved he was capable of more with a cast than he thought he was.

Louis and his friend Ryan Zellers, 13, had dreamed for five years of backpacking alone. They chose the summer when Louis couldn’t button his own shirt to do it. They bought their own food, packed gear, planned their route, and wore shorts with elastic waistbands. For four nights they hiked the Pacific Crest Trail from Boreal to Paradise and White Rock Lake and back. Louis said their parents didn’t have any worries because both kids have backpacked with their families many times in the past.

“When we ran out of fuel on the last night we cooked freeze-dried mashed potatoes and chicken over an open fire,” said Louis.

Louis now works the land that his dad, Perry Norris, director of the Truckee Donner Land Trust, helped preserve. Louis walks the trails of Waddle Ranch in Martis Valley, interviewing hikers about their opinions of the area, picking up garbage, and documenting fallen trees. “The work is cool because I can appreciate the things my dad has done for this community,” he says.

Now that he’s spending more time at home he’s connecting more with his 12-year-old sister, Lacey. Like many older siblings, Louis normally has no time for her.

The other day, for the first time, he even asked if he could join Lacey on her run. They ran together to Donner State Park, swam in China Cove, and ran home.

“One of the most admirable qualities a person can have is working and playing extremely hard,” Louis said. I admire Louis because his personality is very strong but also soft. He broke his arm at the pump track, but when I asked him what person he would want to sign his cast most in the world, he said his mom because she’s inspirational, practical, and helps put things in perspective.

Louis said he doesn’t want to remember the summer of 2014 as the summer he broke his hand. I think he will — but for all the good reasons.