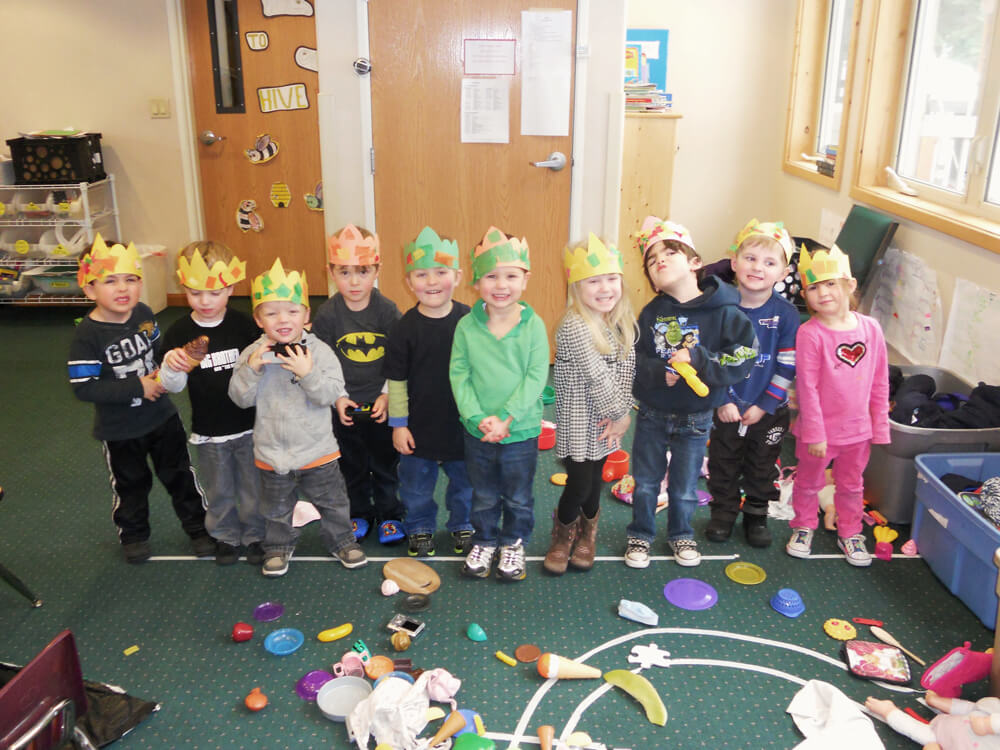 What parent doesn’t worry about his or her child’s education? That the child is being treated with love and respect at school? That the child is learning how to be a caring world citizen? The A+ Preschool parents I recently spoke with don’t.

In North Tahoe and Truckee, parents have education choices for their children that include charter schools, outdoor schools, and religion-based schools. A+ Preschool provides a curriculum based on Baptist teachings. The school, located in Tahoe City, has 50 students ages 3 to 4 enrolled this year, and has experienced a 50 percent increase since it opened in 2003. I decided to dig a little into the school’s philosophy and curriculum to find out how it serves the students and parents of our region.

The First Baptist Church of Tahoe City and its umbrella program, Tahoe Resort Ministries, offer the lake community a host of low-cost, Christian, value-based childcare to people of all faiths, including A+ Preschool, A+ before and after school program for elementary students, and summer programs. Even though most families whose children attend the programs don’t subscribe to the church’s religion or attend services, they appreciate the school’s affordability and the loving care it provides their children.

Truckee’s Emily Fralick, mother of an A+ preschooler, choked up as she shared an experience that perfectly illustrated her six years of experience at the school. One morning she watched as one of the A+ teachers hugged each and every child as she put them on the bus to various schools from A+’s before and after school program. “How many kids get a hug every day? And that’s how they treat everyone!” Fralick said. “I think that A+ and the people who run it are a gift to the community, so loving and caring. My children are being shaped into caring and gracious individuals who are sensitive to what’s around them. Part of the reason my children are who they are is because of A+.”

Her 10-year-old, who participates in the before and after school program, helps out by holding doors open, carrying groceries, and helping the younger kids with their backpacks, Fralick said. “It’s like something from a different era,” she said.

“The teachers, missionaries, are very loving, which is a key thing when you’re bringing your three or four-year-old to a preschool,” said Blankenship, mother of two and a Truckee resident who works in Tahoe City.

In the fall of 1990, Director Nell Jackson created the after school program as a part of her master’s project from Golden Gate Baptist Theological Seminary. It was co-director Debbie Wohler’s dream to expand the program to younger kids, Jackson said. In 2003, her dream was realized with the opening of A+ Preschool. From managing staff and dealing with state licensing, assisting in the classroom, cleaning up messes, and meeting with parents over both difficult and joyful student matters, “Miss Nell” wants parents to know that she has the children’s best interest at heart. “That I will be there and that I will love them,” Jackson said, “and that if something happens, I can be right there in any way that I can.”

The love and care showered on the children is extended to the families, she said. The school doesn’t want anyone to fall through the cracks. “Especially single parents,” Jackson said. “They have somebody who will listen. Whatever they need, whatever troubles they have, they can unpack here. It stays in this room. We don’t look at it as a daycare, but as a family.”

The A+ staff understands that living in Lake Tahoe is expensive, and that often the people who need the childcare and assistance are the ones working hard just to make ends meet, so they do all they can to keep costs low.

One of the ways the school keeps itself so affordable is with the help of college-educated volunteer Baptist missionaries who meet state educational requirements and who come from across the country to be of service to the North Lake community for a summer, semester, or sometimes even longer. The First Baptist Church provides housing and grocery money, but the North American Mission Board pays their salaries. The mission board’s student missionary Web page reads: “…With a vision to see as many people as possible come to faith in Christ, the following are opportunities for students to help Southern Baptists accomplish the Great Commission through evangelism that leads to new churches — including some of the most under-reached and under-served areas in North America.”

This statement gave me pause. In truth, the first time I heard about A+ as an option for my own children, I dismissed it because I was afraid I’d get inundated by heavy-handed attempts to convert me and to baptize my children.

When I questioned Jackson about the preschool’s philosophy, she said that the Christian component is indeed woven into the day. They sing Christian songs and read Bible stories, focusing on one a week. Jackson said the school is not, however, trying to convert children to the Baptist religion. “We’re not trying to make them Christian Baptist. We want them to know this is a good place and to feel comfortable. If they choose to be a part of the church, great. Everyone is welcome, no judging. We’re here to celebrate.”

Julie Williams, who has been a missionary at A+ and is leaving to serve as the children’s minister of the Temple Baptist Church in Fairfield, Calif., said, “Kids are making choices throughout the day and we want to guide them toward choices we know God wants us to make. We take every opportunity to instill the virtues to help them make good choices every day.”

Jackson said that only about 20 percent of A+ families (both preschool and school age) attend services at the church. Fralick is part of the 80 percent who don’t.

“Our faith is not Baptist, but I know they’re there if I need them,” she said.