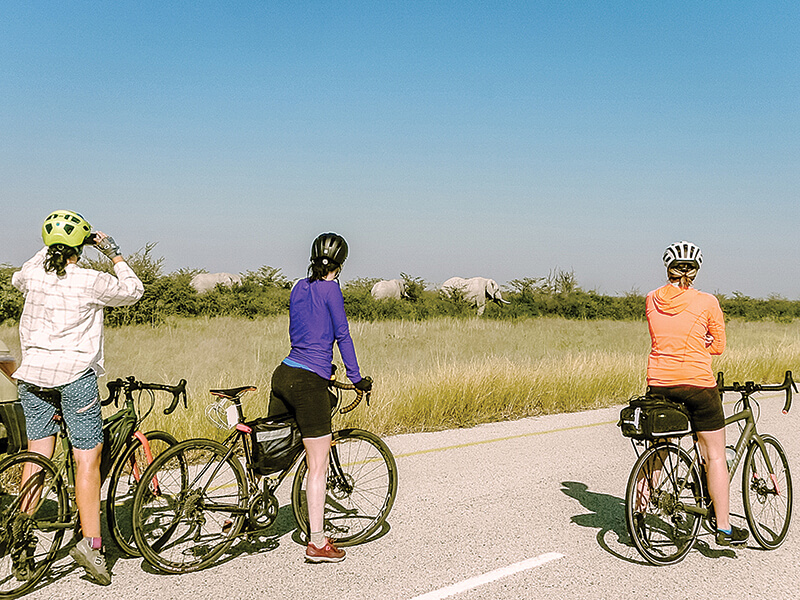 I’ve got bad news for you. If you are hoping to read an inspirational Eat, Pray, Love narrative about a woman who cycles across the continent of Africa to find herself, you’re going to be sorely disappointed. This is a story about what it’s really like to be fully unprepared for situations you could never foresee, and what I learned, 1 kilometer at a time, cycling with a group of mostly strangers from Kenya to South Africa. I had probably 6,000 opportunities across seven countries, over 70 days, to let this all sink in.

Let’s just start at the beginning. I was an absolute wreck the week before I arrived in Nairobi, riddled with self-doubt. The airline lost my bike. I was positive that I was going to get blisters all over my you-know-what. I was terrified that my legs would fail me miserably.

Clipping into my pedals for the first time outside of Nairobi on that cold March morning was a surreal moment, and there was no turning back. That first week in the saddle, cycling through Kenya and then into Tanzania, was type two fun at its best. I became deft in dodging cows and children in the road, listening for when a semi-trailer truck was approaching too closely, and dialing in my kit at camp. Despite the 5 a.m. wake-ups every day, working remotely every single night, and the gross amounts of chamois cream I applied to my body, I was excited for what was ahead. Little did I know what I was going to face.

By day 14, exhaustion had taken hold of me. It was the first time I did not finish the ride. I had logged more than 1,000 kilometers in seven straight days, but the legitimate double climb and descent in and out of the Rift Valley in Tanzania took it out of me. I had to face my fear of failure. Ego, paired with expectations, can destroy you.

When you have 56 more days to go, you can either brew in the depths of your disappointment or you can get over yourself. I chose the latter, as I had no other option. The next day I got back in the saddle, and a week later I rode a full century the day before we crossed the border into Malawi. The most arduous thing that day wasn’t the headwinds or the torrential rain or the distance. It was the exhaustion. People were tired, and it was taking a toll on the group as a whole. 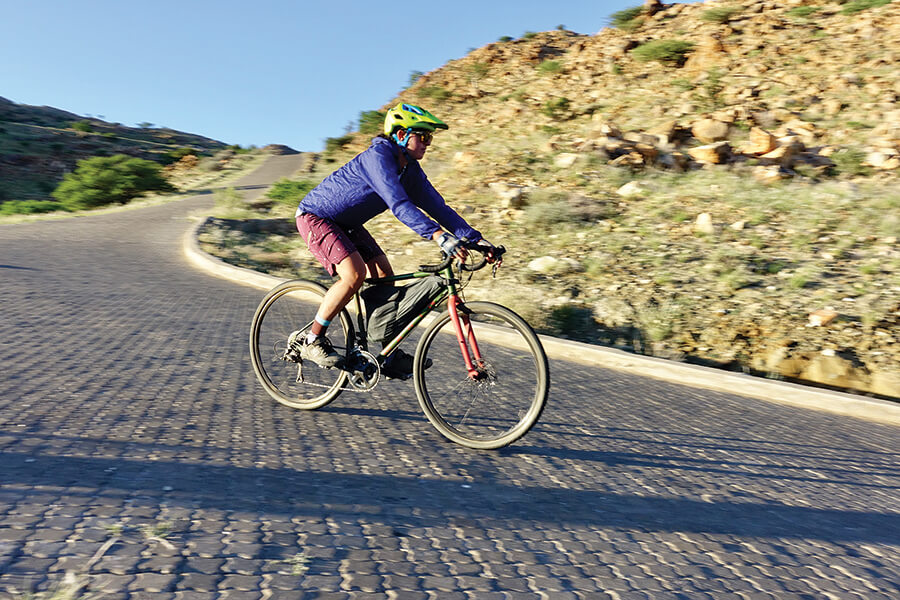 Passing through Malawi, I spent hours each day in complete silence — only broken when passing through a remote village, where children would come running out, screaming in awe and excitement. When you cross the imaginary line into Zambia, the world changes. Smooth tarmac with shoulders. Infrastructure. Aid that hasn’t stripped people of their autonomy. Big cities. I had my first run-in (but not last) with a vehicle in the capital city of Lusaka. I quickly jumped back up after being knocked over, hurling so many foul words at the driver that he was gushing with apologies rather than trying to force me to pay for the dent that I clearly did not cause in the side of his mini-bus.

It wasn’t my only crash. In Botswana, I got up close and personal with the tarmac following a bike-on-bike accident just moments after seeing a herd of elephants on the side of the road. With blood dripping down my leg, I cycled another 50 kilometers, hoping to finish out the day but instead was pulled by the medical team after my knee ballooned in size. I opted for no hospital or X-rays, but spent the next week healing; another opportunity to check my ego and expectations.

The handful of kilometers I missed as I recovered from the crash were a bearable loss, as Botswana is flat as a pancake. I had my sights set on Namibia, hands-down one of the most incredible places I’ve ever been. Between the endless dirt roads, science fiction-like scenery, random coffee shops, and apple pie, there was nothing about that country that I didn’t absolutely love.

As the trip wound down, we made our way into South Africa, which gave Namibia a run for its position on my bucket list. I took a chance exploring dirt roads I hadn’t previously scouted and was rewarded with the best day of cycling on the entire trip. The coastline was breathtaking. My 70-day adventure was coming to an end, so the excitement of riding into Cape Town was extreme.

Cycling across Africa was amazing, tough, brutal, and rewarding. The story could stop here. Unfortunately, it does not. The emotional side to this ride was a challenge for which I had not prepared.

My only agenda for this trip was to ride my bike across the continent of Africa and arrive in Cape Town in one piece. But as many women have come to realize, we don’t necessarily get to easily remove ourselves from uncomfortable situations. A distracting undertone from an unexpected source — name calling, references to the size of men’s genitals, berating of my work, microaggressions — had colored my journey in a way I had not anticipated, and did not have the wherewithal to address at the time.

The narrative I had created around myself and this trip was that I am an adventure seeker. I am brave. I have the mental power to overcome physical obstacles and get back on my bike, but being harassed by one of my own peers (a paying, 55-year-old, white male client) on the trip was so threatening to my core that it rendered me weak and scared. There was nowhere for me to go. I had to endure the discomfort, and it was something for which I had not prepared. It wasn’t in the what-ifs, those questions I’d asked myself in preparation, like: Am I strong and fit enough? I didn’t mind being bruised, bloody, and foul smelling. It was the feeling of mental weakness — not knowing what to say to make this stop — that I have yet to fully accept.

I was naive to think that we all live in a post #MeToo world where men think twice about the garbage that spews from their mouths. I was wrong. And those who witness this toxicity still do not know how to deal with it. What do you do when you come into knowing the things you don’t want to know? What is the process for restorative justice?

I learned that we cannot underestimate the importance of creating communities of support. Of men stepping into roles as true allies. Of the radical gesture of speaking up and speaking out, regardless of how uncomfortable it makes the situation.

So now you know why when people say to me, “Your trip must have been incredible,” I just respond with “It was intense.” Because the truth of the matter is not necessarily what you want to hear, and that’s why so many women never tell it.

She also founded Zawadisha, a social enterprise whose mission is to provide small loans to rural Kenyan women to finance their livelihoods. Zawadisha’s model is soundly pro-poor, pro-woman, and pro-environment. #investinwomen