Yesterday evening at 5 p.m, the silence was deafening as a thousand or more masked protestors wordlessly lined central Truckee’s streets from historic downtown to Safeway, taking a knee and raising a fist in solidarity with the Black Lives Matter movement. They held signs displaying the names of Black Americans killed by police or lynchings in the U.S. spanning back to one sign with the name of Emmett Till, killed in 1955 to many showing George Floyd, killed May 25 of this year. There were loud moments: music and honking horns spilled out of passing cars, many also holding signs out their windows, others shouting their support, or quarrels, with the movement.

Event moderator and attendee Marlenne Carillo, a San Diego State student who grew up in Truckee and came home when her school moved to distance learning, said as a Latina growing up in the area she felt discriminated against at times which led to her activism “for all people of color,” she said.

The Say Their Names Vigil was organized by “some middle aged moms” who saw all the energy on social media and of youth in our community and sought a peaceful outlet for people to make their voices heard, according to organizer/moderator Janet Atkinson. It was originally planned to coexist with another, separately organized, march which was canceled last minute, allegedly due to threats from business owners according to Atkinson.

“The amount of fear from business owners, understandable but there’s a tone of negativeness … if we can get everyone out and it’s just a regular Tuesday night, I’d love for them to say, this is still the community that we had, pre-COVID, because we share the same values. We can be kind to each other,” Atkinson said.

The vigil went on though, though concerns voiced by the business community caused Atkinson and the other organizers to move the location away from the main historic downtown.“Everything we preach in our country about equality and justice for all is definitely something that is lied about, and together as a community, as a privileged community most importantly, we should be showing communities around us like Reno, Sacramento … that we do support the Black Lives Matter movement and that we do not condone police brutality,” Carillo told Moonshine.

Kimberly Chan, holding her sign displaying “Jordan Edwards,” a 15-year-old who was shot by police in Chicago in 2018, seconded Carillo’s comments of solidarity from non-black communities of color: “I feel like I’m part of it because I’m Asian and with this coronavirus thing going on, there’s like random Asian people getting beat up in the street, it’s just part of it, all part of it,” she said.

Chan’s friend and fellow demonstrator Terra Buffington said, “We’re here because each and every one of these people need the type of justice that would be found if it were a white son, husband, brother, friend, or any other community member.”

After an hour of silent protesting the crowd began to disperse right at 6 p.m. as authorities had asked, led by Carillo and other event moderators. Most demonstrators had departed the area by 6:45.

Atkinson said the high numbers of demonstrators peacefully protesting gave her hope and sent a message. “It made me feel like this is our town, it’s a beautiful day, everybody’s our neighbor around here … It’s showing that we’re a peaceful Truckee community … we know we’re not alone with those feelings.” 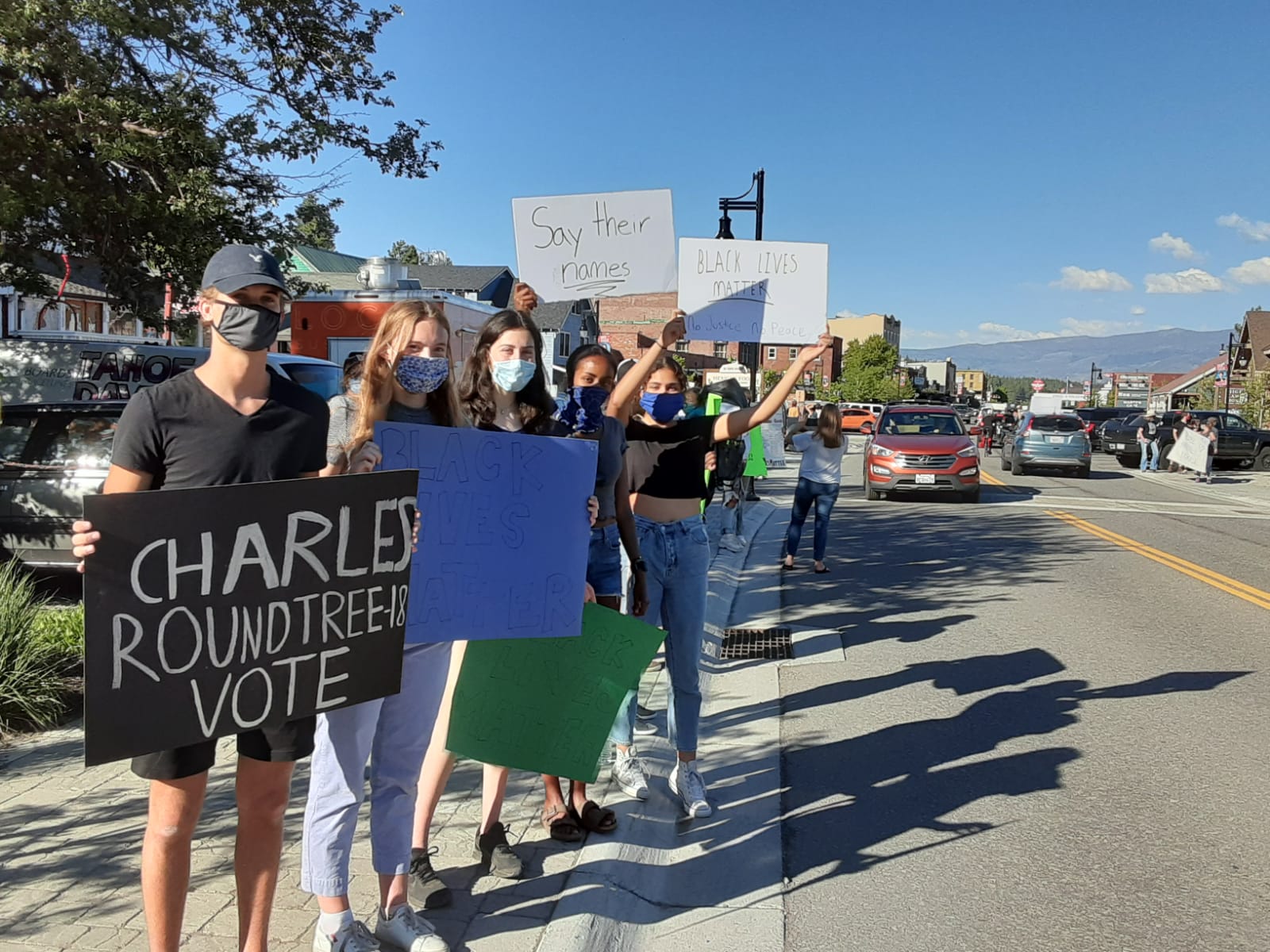 Breaking Wildfire Records (and Not in a Good Way)