Everyone knows that Donner Summit is the most historically significant square mile in California and maybe the entire Western United States. People visit but they don’t come just for the history. There is also magnificent scenery, world-class recreational opportunities, rich biology, and interesting geology. But unless you know the area, it’s hard to know where to go for your Donner Summit adventures.

With the Lamson-Cashion Donner Summit Hub — a trailhead of trailheads — that is about to change.

Recognizing that information is key to enjoyment, the Donner Summit Association wrote two grant applications to Placer County’s Capital Projects Advisory Committee to build a trailhead of trailheads that would be called the Donner Summit Hub.

Drive up Old Highway 40, now Donner Pass Road, from either Donner Lake or the Soda Springs exit along I-80, and head for Donner Pass, the high point of the road. There you’ll find an iconic building that used to be the gas station for the Division of Highways machinery when they cleared Highway 40 in winter. There’s information on the front of the building in the form of maps, plaques, and brochures. Each of the various brochures leads to a unique Donner Summit adventure. Alongside the building are 12 large, four-square-foot exhibits touting the wonders of Donner Summit history, geology, flora and fauna, etc.

Since the railroad had a big influence on Donner Summit — and because Tunnel 6, the longest of the original Sierra tunnels, is 88 feet below the site — the railroad became the theme used in the Hub’s design by JKA Architects in Tahoe City. A circular stage mimics a railroad turn table. Tracks with benches on wheels extend out from the turntable and tie in to the railroad theme. There’s a bicycle rack and a repair station nearby to accommodate cyclists on the increasingly popular bike route up from Donner Lake. Eventually, there will be a shade structure and bathrooms.

So why is this site named the Hub? It’s because radiating out from it are several important trails, among them: the Pacific Crest Trail going north and south with its popular shorter treks on the Judah Loop and to Roller Pass; the historic Tunnel 6 adventure; the new Historic Donner Summit trail, which is actually the old 1860s Dutch Flat Donner Lake Toll Road, passing by 4,000-year-old petroglyphs on the hillside; and the short but fun trail to Catfish Pond, also known as Maidens’ Retreat. There are many more.

The Hub is the perfect spot to learn more, start adventures, and sit on the boulders and benches to picnic. Behind the Hub near Tunnel 6’s central shaft is a 20-Mile Museum sign explaining its history. For a treat, take the trail behind the brown building to the top of the granite knoll for a magnificent view and another museum board explaining all that is seen below.

The project is an amazing confluence of energy, ideas, and labor. It was paid for with a Placer County grant, yet it sits in Nevada County. Designed by local architects, it was also built by hundreds of hours of local volunteer labor. It certainly merits a visit.

~ Bill Oudegeest has lived on Donner Summit for more than 40 years. A retired public-school teacher and administrator, he is one of the founders of the Donner Summit Historical Society. He composes the Donner Summit Heirloom newsletter, has written two books as well as pamphlets and exhibits on local history, leads hikes, and more. 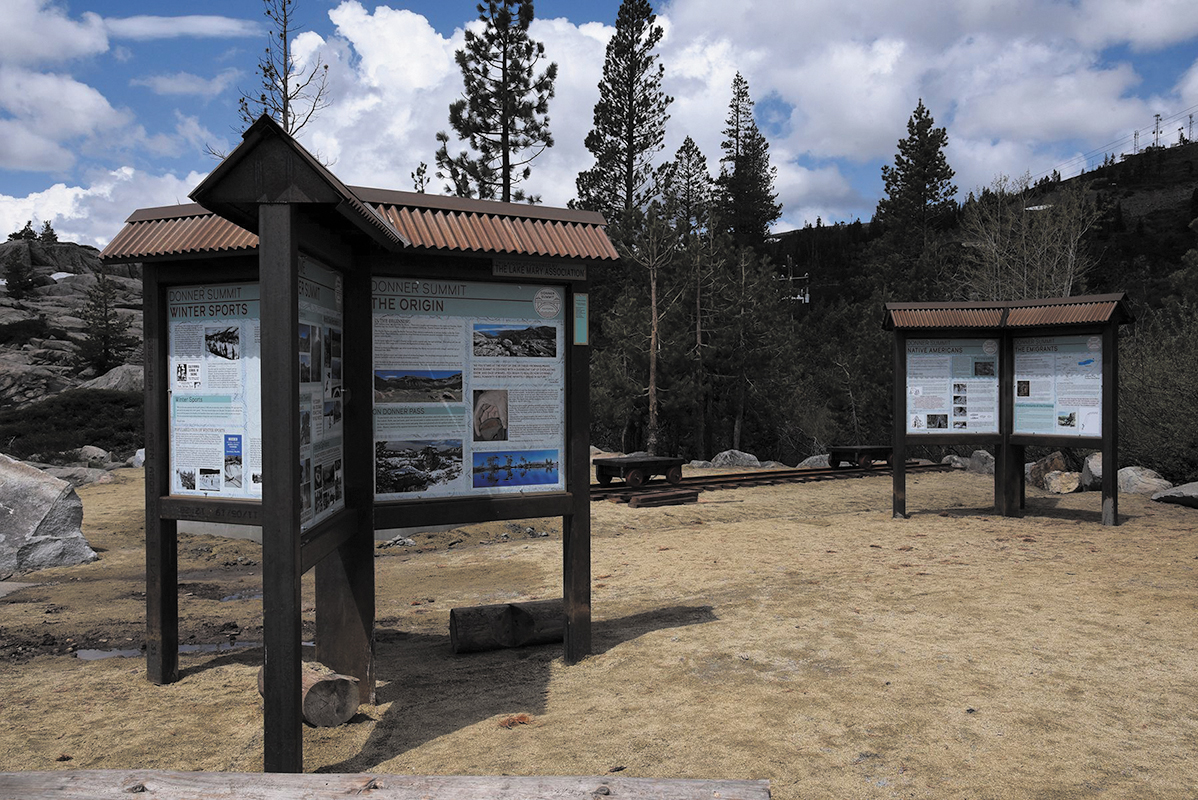